In no particular order...

I have that Viking Prince collection somewhere, Phillip. Lovely, early Joe Kubert art, if I remember a'right. Of course, I didn't remember right about Silent Knight! (I knew it was some sort of knight or other!)

I'm still waiting for a collection of Superman/Action Comics Supes stories that pick up after the last Showcase Presents volume ('64 to '67), and I'm getting old.

I'm not certain where the showcases left off, but the latest superman GA omnibus (v7, collecting Action Comics #126-147, Superman #55-65 and World's Finest Comics #37-47) has recently been solicited for July 12 release. Me, I have been awaiting a SA Superman omnibus series with bated breath (although the first volume will duplicate three volumes of the Superman: Man of Tomorrow archive series).

We've still got a long wait. GA Superman Omnibus v7 only takes us to 1950, and DC clearly considers the beginning of Superman's Silver Age to be in 1958 (specifically, Action Comics #241). I say this because both Superman: Man of Tomorrow Archives Vol. 1 and Showcase Presents: (Silver Age) Superman Vol. 1 begin with that issue.

The good news is the solo Superman series was combined with the solo Batman series in World's Finest #71 (1954), and the following team-ups are reprinted elsewhere. So in mid-1954 and after, the GA Superman omnibuses will "only" be collecting the Super-stories from Superman and Action.

For my part, my DC collection begins in the early 1960s, and whatever Super- and Bat-stories I'm missing from Action, Adventure, Batman, Detective, Jimmy Olsen, Lois Lane, Superman and World's Finest have already been reprinted in one form or another. I've read them all. So I don't need a Silver Age omnibus series. But I sure want one!

"We've still got a long wait."

...unless they skip ahead and start the SA before the GA is complete (which is what I'm hoping).

We've still got a long wait. GA Superman Omnibus v7 only takes us to 1950, and DC clearly considers the beginning of Superman's Silver Age to be in 1958 (specifically, Action Comics #241). I say this because both Superman: Man of Tomorrow Archives Vol. 1 and Showcase Presents: (Silver Age) Superman Vol. 1 begin with that issue.

My first copy of Action Comics was #241, with its debut of the Fortress of Solitude in the form it had until all the crystalline structures following the 1978 movie. It's pretty clear that this is Silver Age. This went on sale in April 1958, shortly before my tenth birthday.

My first Adventure Comics was #247, the first appearance of the Legion of Superheroes, which has to be Silver Age. This went on sale at the end of February 1958.

Superboy #68, which I didn't buy, was the debut of Bizarro, obviously Silver Age. It went on sale in August 1958.

Flash was still popping up in Showcase at this time, even though he started in 1956.

As has been said previously, the Silver Age began at different times in different titles.

Jeepers, Richard, you were born under a lucky star! Your first Action and Adventure books were two of the most important in the entire runs! I bow humbly before the mightiness of your 10-year-old self's collecting skills!

But was Action #241 the beginning of Superman's Silver Age? Well not if you accept the later Silver Age conceit that the Earth-2 Superman was never Superboy. That means Superboy's mid-1940s stories were Silver Age!

But that's exactly why we need all these 1945-1958 books reprinted, so all of us can judge for ourselves where the Silver Age began for Superman and Batman. At least to our own satisfaction, even if no one else agrees with us!

Agree with many of the suggestions above, esp. Maze Agency and Comico's Jonny Quest. In principle, I agree about the original E-man series, but many years ago I decided it wasn't worth the wait and just collected the original issues and had them bound (did the same thing with Thriller, Marvel's adaptation of Logan's Run, and a few others).

On the topic of Blackhawk, I wouldn't mind a book collecting DC issues 251-273 (the revived series by Evanier and Spiegle).

Ragman: the original 5-issue series plus his appearances in Brave & Bold and Batman Family.

Starfire (the 8-issue sword & planet series from the late '70s)

And a reasonably priced tpb collecting the Inhumans series from the 1970s (since the Masterworks volume is OOP).

Quality Comics Blackhawk. I'm an unfortunate owner of Showcase Presents Blackhawk, and I wouldn't mind seeing the comic back when it was supposedly good.

I'd love to see Blackhawk Omnibuses starting at the beginning and incorporating Military Comics and Blackhawk stories, which will never happen. I've read the discussion above, and I'm also pleased to see Gwandanaland doing its thing, but naturally I'd like hardback (never happening) and cleaned-up artwork, which Gwandanaland doesn't do. So I'm opting for PS Artbooks, which is doing Blackhawk Comics in trade paperback (which they call "Softee"). Three volumes have been solicited so far, and I've ordered them all, but haven't seen any of them yet. They collect the story from Military Comics #1 and Blackhawk #1-20. There's also a Showcase Presents: Blackhawk, which collects the first umpty-ump issues by DC, Blackhawk #108-127, and DC Archives: Blackhawk Vol. 1, which collects the Blackhawk stories from Military Comics #1-17. 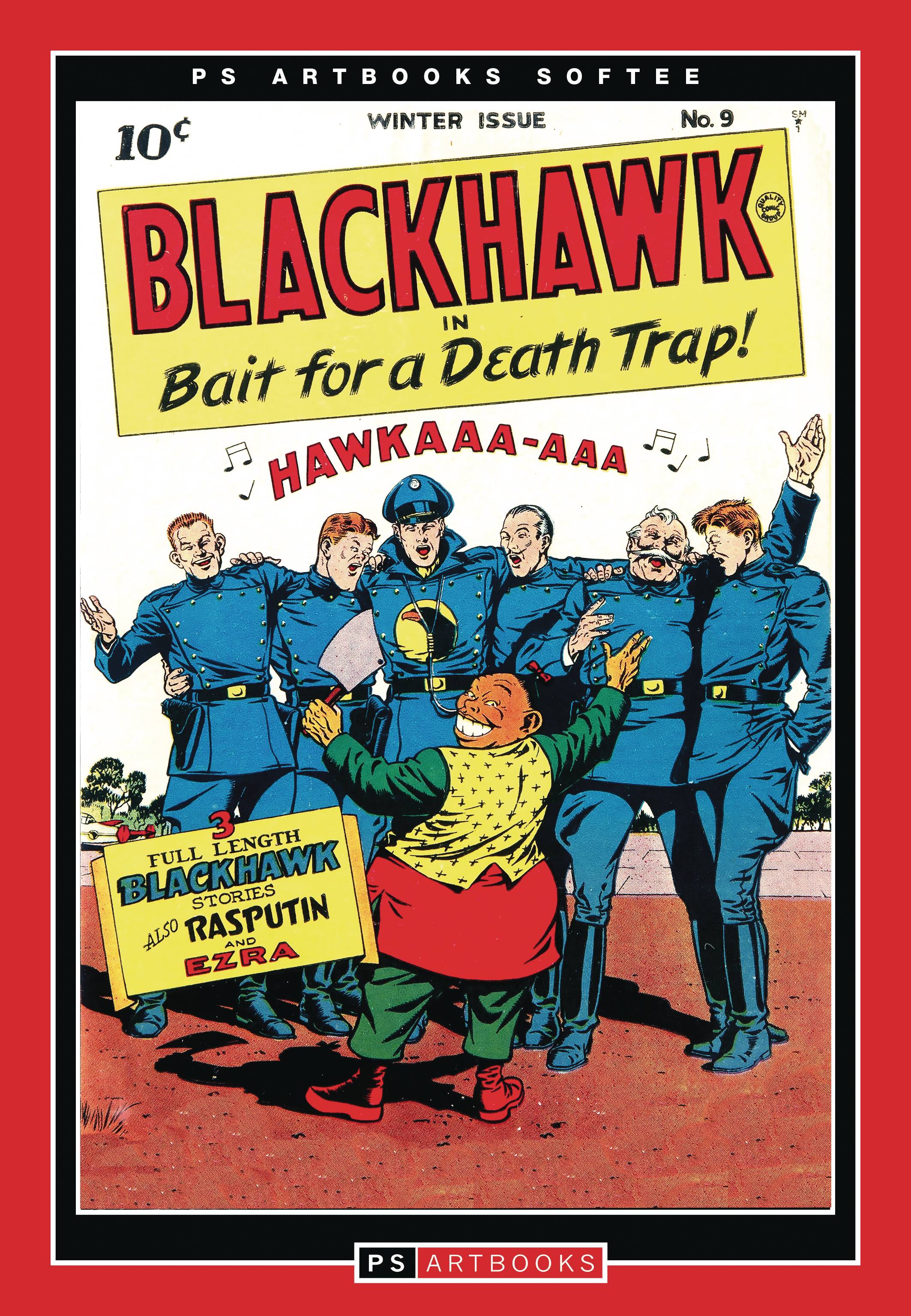 The first in an 18 volume series in PS ARTBOOKS popular SOFTEE format, featuring the origin of Blackhawk from Military Comics and the first appearance in his own magazine, illustrated by Will Eisner and Reed Crandall. Collects issues #9-12 (Winter 1944-Autumn 1946).

Steve W replied to Steve W's discussion A Cover a Day
"These Kubert covers are really amazing. I always knew that…"
1 hour ago

Philip Portelli replied to Steve W's discussion A Cover a Day
"I don't have this one but now I want it! Kubert's take on El Diablo!"
4 hours ago

The Baron posted discussions
4 hours ago