BURBANK, Calif. (July 22, 2018) — Archie Andrews’ legal woes may have just gotten a little more challenging today when the producers of Riverdale announced that Golden Globe and Screen Actors Guild Award nominee Penelope Ann Miller (The Artist, Carlito’s Way) will play the character of the district attorney, Ms. Wright. At the end of season two, Archie Andrews was framed by Hiram Lodge for the murder of a Shadow Lake resident named Cassidy. The savvy, eloquent Ms. Wright is the prosecuting attorney in charge of handling Archie’s case. With a conviction in mind, she will weave together disparate moments of Archie’s young life to portray him as a dangerous, violent sociopath who is capable of committing a heinous crime. His freedom will hang in the balance when the series returns to The CW for its third season on October 10 (Wednesdays 8/7c).

Penelope Ann Miller starred in Lifetime’s New York Prison Break: The Seduction of Joyce Mitchell, and before that she starred in The Birth of a Nation, which received the prestigious U.S. Dramatic Jury Award and the U.S. Dramatic Audience Award at the 2016 Sundance Film Festival. Miller also starred in Awakenings, alongside Robert De Niro and Robin Williams; the Academy Award®-winning Best Picture The Artist; and Carlito’s Way, for which she received a Golden Globe® nomination. She can also be seen in Chaplin and Kindergarten Cop. A Tony-nominated performer, Miller began her career on Broadway in Neil Simon’s Biloxi Blues. She later reprised her role in the Mike Nichols–directed film of the same name. Other credits include Men of a Certain Age for TNT as well as American Crime and Mistresses for ABC.

Based on the Archie Comics characters, Riverdale is from Berlanti Productions in association with Warner Bros. Television and CBS Television Studios. Roberto Aguirre-Sacasa, Greg Berlanti, Sarah Schechter and Jon Goldwater are executive producers. 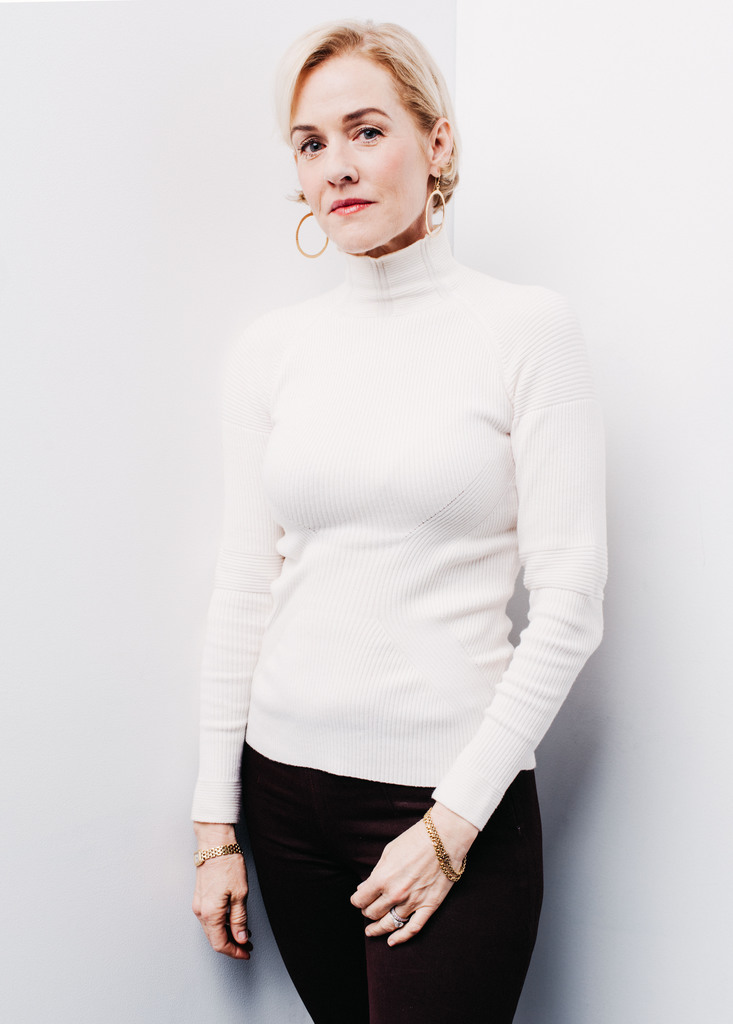 I'm pretty sure the Riverdale people know exactly how ridiculous and over-the-top it is. And the high school kids I know don't take it seriously either -- they're loving the same craziness we are.

That's good, and that's what I figured. I only know one high school kid (I tutor him) who watches it, and he totally takes it seriously. But he's kind of like that.

I'm pretty sure the Riverdale people know exactly how ridiculous and over-the-top it is. And the high school kids I know don't take it seriously either -- they're loving the same craziness we are.

I'm pretty sure the show is self-aware. It's written by showrunner Roberto Aguirre-Sacasa, who began his career by writing an off-Broadway play about the Archie gang where they were all gay. He's now the creative director at Archie!