I think that's a great choice -- an unflinching look at the costs of war, but also taking into account the lives and values people were fighting to protect. I saw it in college, but it's been decades -- probably time for another look.

What really impressed me (in addition to the actor who lost his hands being an actual guy who lost his hands) was the willingness to treat trauma of veterans seriously right after the war. Until the 70s the usual treatment of war was heroic and almost happy, with little regard for physical and emotional damage.

I recently watched Mrs. Miniver, the title of which sounds like a love story. It's mainly about death and destruction in London during "The Blitz." My parents, before they were married, went through that. My Mom started smoking while taking cover in the underground, which we call subways. My Dad was a firefighter dealing with the fires and dead bodies.

This was the only film for Harold russell, a veteran who had lost both hands during World war II, and he won an Acadamny Award for his remarkable performance."

Actually, it was his first commercial film.  Mr. Russell was featured in the Army documentary Diary of a Sergeant the year before Best Years of Our Lives was made.  Russell did make one more commercial film many years later---Inside Moves (ITC Entertainment, 1980).

But the bit of trivia I find most interesting about Harold Russell is the fact that he is the only person to win two Oscars for the same performance.

I did not know that. Thanks!

According to Wikipedia, he also acted a few more times in his later years, appearing on an episode of Trapper John, MD and a two-part episode of China Beach in the 80s, and took one final bow in an episode of Dogtown in 1997. 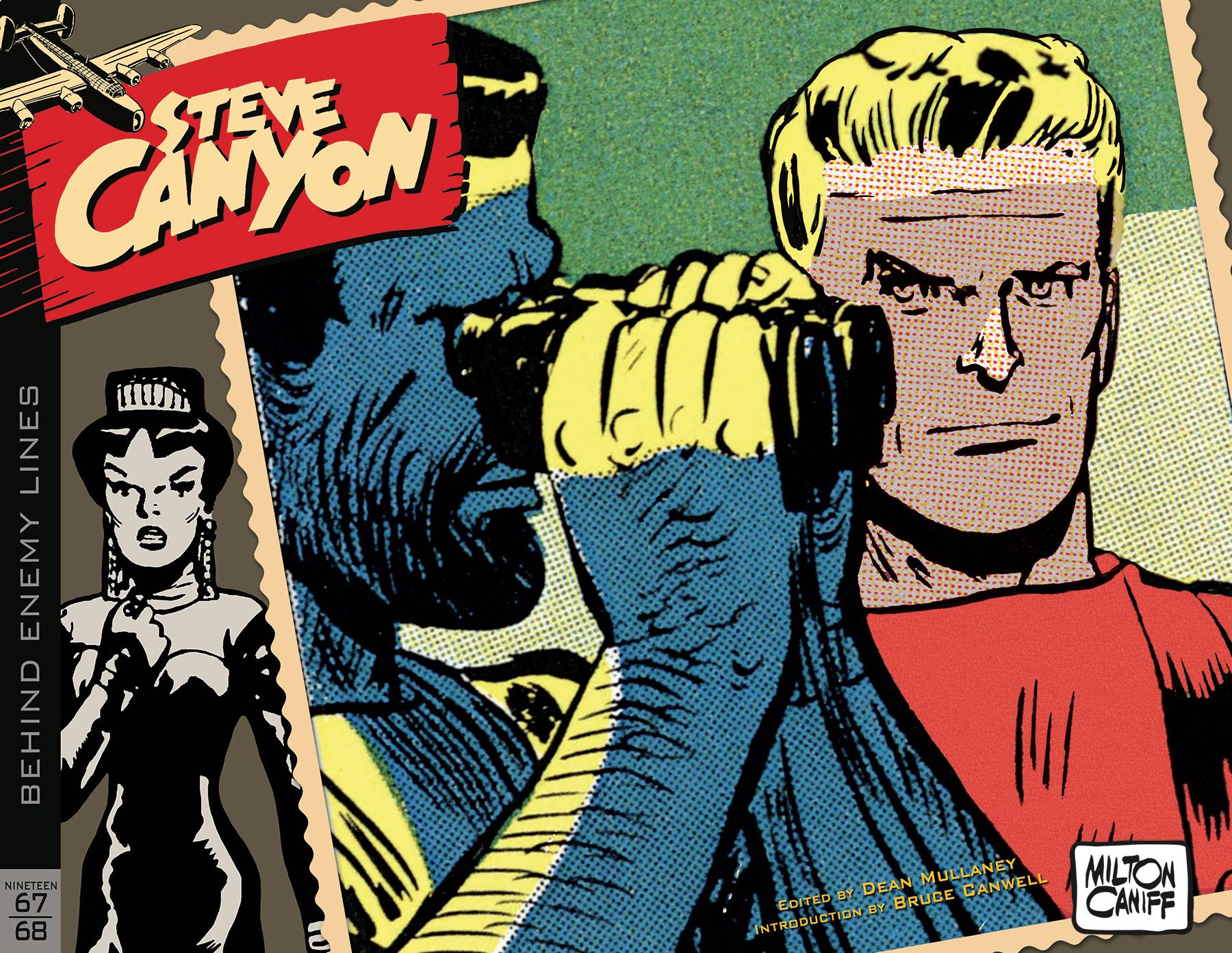 Stamp your passport for adventure, intrigue, and danger on your expedition to exotic locales with The Greatest Generation's cartoonist-in-chief!

"Who am I?" "Where am I?" Steve is left with some thorny questions after posing as the leader of a Nazi resurgence organization and teaming with Minerva Kaol in an attempt to flush out this hate-mongering group. If that wasn't headache enough, guess who's back from his stay in a Mongolian prison? Doagie Hogan, that's who! Stateside, Poteet finds a new friend in young aviatrix Bitsy Beekman. Together they tackle drug smuggling, explore the upcoming Olympic games, and deal with the scourge of society--hippies! Milton Caniff offers his unique perspective of the war-torn world of 1967 and '68 in Steve Canyon, Volume 11!