'The Falcon and The Winter Soldier' is over, but the story isn't

Captain America and Bucky — together again for the first time! (©Marvel Studios 2021. All Rights Reserved.)

April 29, 2021 — The Falcon and The Winter Soldier ended its first (and hopefully not only) season by tying up all the storylines and posing just enough questions to leave us hungry for more. And we’re going to get more, with the just-announced “Captain America 4,” starring Anthony Mackie and Sebastian Stan.

With a hearty “Spoilers ahoy,” let’s see where the show left our sprawling cast, and what questions those endings pose: 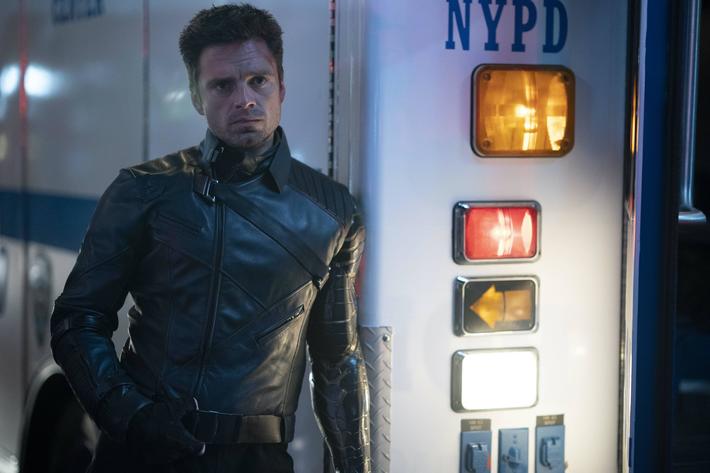 Bucky (Sebastian Stan) still has his demons, but he's on the road to mental health. (©Marvel Studios 2021. All Rights Reserved.)

It seems he’s finding a way to live with his Winter Soldier crimes, as he occasionally smiles now. Thank Sam and his “tough love” talk for pointing him in the right direction. He’s still not ready for the shield, though, which may be in his future (as it was in the comics). He seems to be willing to remain Sam’s sidekick for now.

Also, he better not flirt with Sam’s sister, if he knows what’s good for him. Sorry, he’s dead. Sharon killed him before he could rat her out as the Power Broker. That’s OK by me — in the MCU the “Master of La Savate” is an interchangeable bald bad guy. He’s a lot more fun in the comics, where he bounces around like a deranged soccer ball and has a comical Pepe Le Pew accent. (He calls himself “Buh-TROC zee Leap-AIR!”)

I hope you cheered as I did when we saw that Wilson had ensured that Isaiah’s story gets told, and honored in whatever museum that is. This happened in the comics, too, only it was Steve Rogers who discovered that Bradley was experimented on by the government, and exposed it to the world. Anyway, in the comics Bradley is suffering from dementia thanks to the serum, so is permanently benched. In the MCU he’s certainly lucid, and might suit up somewhere down the road.

But the more likely path involves his nephew Eli Bradley. In the comics, the younger Bradley becomes the second Patriot, a founding member of the Young Avengers. Since other Young Avengers have been established or are on their way, it seems some version of “Avengers: The Next Generation” is inevitable. Aww, say it ain’t so, Joe! Sharon (Emily VanCamp) has gone over to the dark side, and in a pretty lethal way. (Photo by Eli Adé. ©Marvel Studios 2021. All Rights Reserved.)

Yes, as we all expected but dreaded, she’s the Power Broker. She didn’t get a “Sharon All Along” theme song (dang it!), but she was the background Bad throughout, hiring (and killing) Batroc, hiring (and killing) Karli Morgenthau (Erin Kellyman) and financing (but letting Zemo kill) Dr. Wilfred Nagel (Olli Haaskivi). This development means she could potentially show up in any MCU property as, sadly, a double-agent supervillain, especially now that she got her pardon.

I’m holding onto the vain hope that this Sharon is really a Skrull. Just who is this woman, and what is she up to?

If we look to the comics, we may get some clues. Val was introduced in 1967 “Strange Tales” as Italian jet-setter-cum-secret agent in an iconic run of the “Nick Fury, Agent of S.H.I.E.L.D.” strip by artist/writer/stage magician Jim Steranko.

“You know, lady, yer the just about the most unlikely secret agent I ever saw,” says Dum-Dum Dugan to the ridiculously hot Val. “Yes, I know,” she replies. “That’s what makes me a good one, wouldn’t you say?”

It wasn’t long before she and Fury (back when he was white) were an item. And she appeared off and on in S.H.I.E.L.D. stories for decades. But here are some interesting tidbits from that long history:

So, honestly, Val could be anybody, up to anything, in the MCU. Given that she dubbed John Walker “US Agent,” she’s apparently working for the U.S. government …

All the ones with super-soldier serum are dead. However, a policeman surreptitiously recited the Flag-Smasher mantra, “One World, One People,” and it’s been established that there are a lot of Flag-Smasher sleeper agents.

We’re not done with them yet. 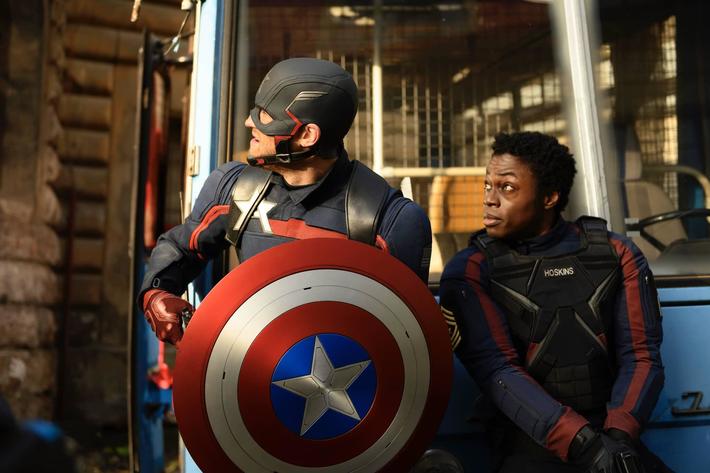 Could Joaquin Torres (Danny Ramirez) suit up in the future? (©Marvel Studios 2021. All Rights Reserved.)

You might think Sam’s military liaison is a throwaway character, but in the comics he becomes the second Falcon. Say, Wilson told him “keep the wings,” didn’t he? Just like in the comics, Walker washed out as Captain America and became the black-garbed US Agent. In the comics he was specifically a government agent (hence the name), but it’s less clear in the MCU, since we don’t know what Val (just say it in your head) is up to. But lest anyone thinks he’s a good guy now for saving some civilians in the finale instead of getting revenge on Karli, don’t forget all the crimes he committed before that.

Also, he’s a bully and a jerk, and the super-soldier serum makes you more of what you are.

He’s Captain America, and he doesn’t need anyone’s permission to carry the shield. It’s going be rocky, though, if Sam Wilson: Captain America comics are anything to go by (a lot of white Americans were outraged).

That sure is a snazzy outfit, though.

He’s locked up in The Raft, but not finished with manipulating events. He directed, from behind bars, his version of Alfred to blow up a bunch of super-powered Flag-Smashers. In the comics, Zemo goes on to create a fake superhero team called the Thunderbolts, and I can’t help but think that’s in the cards on screen as well.

Let’s hope he gets in at least one more dance.

I loved Sam's Captain America costume and his having both the shield and the wings. Did he have both in the comics?

At the end of Agents on SHIELD, Skrulls replacing folks was teased, so I suspect that Sharon will turn out to have been replaced. Presumably, this means that the real Sharon has been kept alive (because, reasons).

Not having been around for all of the Marvel hijinks since the Silver Age, I was blindsided by the Contessa being a baddie. I'm hoping she's also a Skrull. It was cool to see Julia Louis-Dreyfus in a non-comedic role.

Fun fact: Before The Avengers (and his Coulson appearances leading up to that) the first time I ever saw Clark Gregg was as the ex-husband of Julia Louis-Dreyfus in The New Adventures of Old Christine. It was a fun show. Julia was Old Christine because her ex had married a younger woman who was also named Christine. But I digress.

"I loved Sam's Captain America costume and his having both the shield and the wings. Did he have both in the comics?"

Not at first, but eventually. Watching the "Marvel Studios Celebrates the Movies" video that JD posted today, I noticed at the end of the release dates for the upcoming movies they teased the Fantastic Four with a large "4" at the end.

There's no doubt a Fantastic Four reboot is coming, but so far it's not part of Phase 4. Weirdly, the Blade reboot didn't get any mention in the video below, leading to speculation that it will also hold to Phase 5. Don't ask me, I just work here.

My favorite part of this was the Stan Lee V/O. Literally brought tears to my eyes.