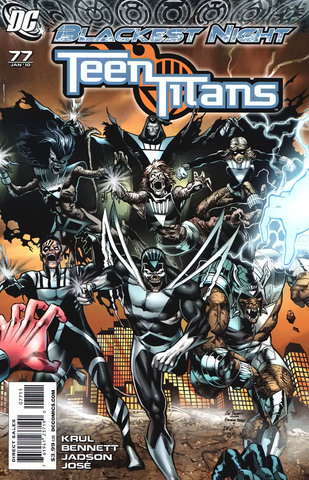 Storylines don’t always end neatly with the change of the calendar year.  That’s why I’ve occasionally fudged the numbers, holding back a December issue until the next column or including a January issue from the following year.  This phenomenon is especially apparent in the changeover from 2009 to 2010.  For the Teen Titans, the beginning of 2010 looks a lot like the end of 2009.  However, by the end of the year, the two Titans titles would be dramatically different.

The twenty-something heroes of Titans had been involved in DC’s Blackest Night crossover in late 2009.  The younger heroes of Teen Titans got in on the act by opening 2010 with a two-part tie-in tale (#77-78, Jan-Feb. ’10).  The story was written by JT Krul, who also handled the Blackest Night: Titans mini-series, and drawn by Joe Bennett.  This was another excellent crossover, with high emotional stakes and intense action.  The Teen Titans story focused on two angles.  In one plot, the current Teen Titans fought deceased Titans of the past.  It was a harsh reminder of how dangerous it is to be a superhero and it shook the confidence of several team members.  Meanwhile, estranged Titan Ravager fought the corpse of the original Ravager, her older brother Grant, with their father Deathstroke at her side.  It was an emotionally complex story arc, dealing with Slade Wilson’s guilt and Rose’s antipathy towards her dad.

In the regular Titans title, editor Brian Cunningham continued the survey of Titans with solo stories on individual characters.  Arsenal (#19, Jan. ’10) and Donna Troy (#20, Feb. ’10) took their turns in the spotlight.  As with the earlier issues, I mostly enjoyed these solo stories.  The Arsenal issue by JT Krul and Angel Unzueta showed Roy Harper moving back to Star City to give his daughter Lian a better chance at a normal life.  They also worked in a battle against Nightwing villain Lady Vic for a nice blend of domestic life and superhero drama.  The Donna Troy story by Mike Johnson and Sergio Arino dealt with an issue that’d been lingering since Devin Grayson’s run in the late ‘90s.  While Donna enjoyed her life as a photographer and a hero, she also bristled a bit at her good girl image.  In this story, she had the chance to showcase her naughty side by stopping members of the Fearsome Five while going undercover to a yacht party.  It was a delightful tale, made even better by context (the Fearsome Five had escaped prison in Teen Titans at the end of 2009). The Teen Titans’ first major arc of the year started in March (#79, ’10).  Relative newcomer Static returned to his hometown of Dakota, discovering in the process that the town was being run by the supervillain Holocaust.  Static was determined to take on Holocaust by himself.  His town, his problem.  The other Titans disagreed and followed him to Dakota for a major showdown with Holocaust.  However, even the full team was outclassed until they received surprise reinforcements in form of the recently resurrected Kid Flash and Superboy.  I was a little bit iffy about this arc when I first read it 6 years ago but I was a lot more satisfied this time around.  It probably helped that I had read the preceding issues and had a better idea of the current state of the Titans.

In any case, I always applauded the idea of integrating the Milestone and Wildstorm characters into the DCU.  I know that a lot of fans resisted the idea and it didn’t pay the dividends DC desired but I felt that it was consistent with DC’s history of expanding their universe by incorporating other companies like Quality, Fawcett and Charlton.  Plus, and probably more meaningfully, I like the Milestone and Wildstorm characters and it was fun to see them again.  The “Dakota” story ran for four issues (#79-82, Mar.-June ’10).  It introduced a major new foe, developed the background for one of the new characters and reinforced the line-up making it the most powerful team of Titans since the initial Johns/McKone era.  Felicia Henderson continued to demonstrate a strong voice and a firm hand as the Titans’ main writer while Joe Bennett provided solid, if unspectacular, art. Unfortunately, while one team was getting reinforcements, the other was disintegrating.  Titans #21-22 (Mar.-Apr. ’10) dealt with the ramifications of events happening in other titles.  Arsenal lost his arm and his daughter in the Cry for Justice mini-series and the other Titans wept while watching over him in the hospital.  Meanwhile, Cyborg and Starfire grappled with their invitations to join a new Justice League.  In issue #23 (May ’10), Dick, Donna and Wally reminisced about their time as Titans together, with special focus on the still-comatose Roy.  Intellectually, I approved of the idea that the new Justice League would be comprised of multiple members of the Titans: Dick (as Batman), Donna Troy, Cyborg and Starfire.  I like to see my favorites promoted to the big leagues, as it were.  However, I ignored the impact on their own title and team.  These issues were dreary and joyless.  Writer JT Krul probably aimed for bittersweet but came up short.  It didn’t help that the transition was marred by the questionable decisions to maim Roy and kill Lian.

The Teen Titans followed the “Dakota” story with a second major arc, “The Hunt for Raven” (issues #83-87, July-Nov. ’10).  This time around, we learn that the six-headed Wyld, the villain from a previous Raven story, was a demon from another dimension.  The creature kidnapped Raven and returned to its home dimension.  The other Titans mounted a rescue.  Bombshell and Aquagirl were given the task of keeping the dimensional door at the bottom of the ocean open while the rest of the team crossed over.  The other dimension had a strong resemblance to Trigon’s world and made for a nice homage.  Unfortunately, the story felt stretched at five issues.  I was also disappointed to see Aquagirl and Bombshell sidelined for so long.  Henderson still a good grip on the characters but this particular story was weak. 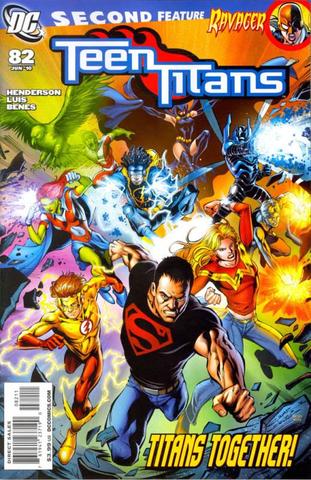 By the end of the arc, the line-up had been stripped down to Beast Boy, Kid Flash, Raven, Superboy and Wonder Girl.  Aquagirl and Bombshell were missing.  Miss Martian was injured.  And Static quit (to head into his own title as part of the new 52).  I generally appreciate developments like this as it means the team has its back against the wall.  But I’ll admit I was a bit concerned.  Henderson had only recently rebuilt the team and it seemed a little early to tear it apart again.

On the bright side, the title carried a second feature at this time: “Coven of Three.”  The coven was made up of three magic-powered heroes connected to the Titans: Black Alice, Traci 13 and Zatara.  The trio made for an interesting blend of personalities and powers as they each used a different form of magic.  They squabbled.  They bonded.  And they fought off the manipulation of the Demons Three.  The second feature was paced well with strong characterization and interesting ideas.  I would have loved to read more of the Coven of Three.

The regular Titans title was presented with a difficult dilemma.  What do you do when the team has disbanded and the members have joined other titles?  The answer was to create a new team of Titans led by Deathstroke.  The new direction kicked off with a special one-shot Titans: Villains for Hire (July ’10).   Deathstroke formed a team of disaffected heroes and villains, including Osiris and Cheshire.  His squad coopted the name of Titans and took contracts to kill supervillains.  In their second story, writer Eric Wallace played with a story in which it wasn’t clear if the Titans had been hired to kill Lex Luthor (Titans #24-25, Aug-Sept. ’10).  By their third story, Arsenal joined the team (#26-27, Oct.-Nov. ’10) though it wasn’t clear if was keeping an eye on Deathstroke or had fallen victim to his own dark demons. 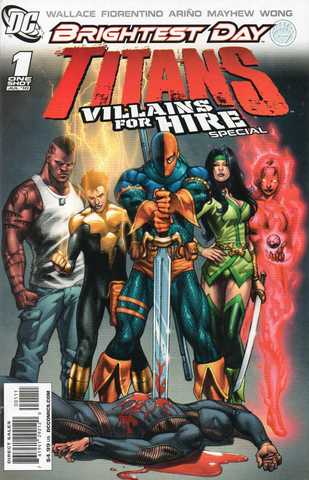 It was an interesting concept but the execution wasn’t quite there.  The characterization was inconstant.  I suspect that Wallace was trying to show that the characters were conflicted about their current status but it came across as inconsistent.  The art, by Fabrizio Fiorentino, was also muddy and inconsistent.  Fiorentino shifted back and forth between a painted style and a more classic pencil-and-ink approach.  It felt like two different artists were alternating pages and it was very jarring.  The “Villains for Hire” version of the Titans didn’t quite gel for me.

At the beginning of 2010, I was enjoying both Titans titles a fair amount.  By the end of the year, I was disillusioned again.  I was still enjoying one title, though a little worried about the future.  However, the other title had become tedious.  Could either title recapture the magic in 2011?  Stay tuned to find out.

Actually, I only have one more article to go.  I didn't follow the Teen Titans into the New 52 and I don't feel like buying 5 years worth of comics so that I can write an article about them.  Maybe I'll read 'em and report on 'em if I can find some trade paperbacks in the library.

As for upcoming topics, I have a few articles about superhero teams that have been gathering dust while I write about the Titans.  So that's probably next.