Not only was the show better, but my wife joined me. She refuses to watch FTWD and is actively angry at it. "How they could take a great idea like 'Walking Dead' and screw it up so badly is almost criminal," she huffed. And I couldn't agree with her more.

Not that this episode was anything to write home about. It was a mostly table-setting exercise. But It had some interesting moments.

Daryl is learning American Sign Language, and even has an ASL guide in his back pocket. Daryl is not exactly intellectually curious, so this is an obvious sign that he and Connie are destined for romance. Maybe now he'll wash his hair. (Or his wig, if that's what it is.)

Aaron has apparently become something of a hothead, and much more of a warrior. Given his lack of hand, I expect a weapon on that stump shortly, and for the character to act out some Rick bits from the comics. He is apparently the leader of the communities' combined armed forces.

Fun to see the new civilization go back to the past for their tactics and weaponry, including a shield wall straight out of Vikings.

I was a bit let down by them trying to stop the forest fire. That's not smart, because it's really dangerous, and it's unlikely they'll affect the fire very much. We can't stop forest fires in the present, and we're using machines. They're using a bucket brigade. Their best use of manpower would be digging a ditch between their homes and the fire. The resultant ditch could later be re-purposed as a walker deterrent. Or a latrine.

Also, it took them into Whisperers territory, which they are supposedly are avoiding, but do so a bunch of times in this episode, none of them necessary. And then Carol and Daryl do it for no good reason, and Alpha sees them. It's no more fun to see TV characters acting stupidly for the sake of the plot than it is to see comic book characters do the same. We've all seen it, and none of us like it, so why do writers keep doing it? Anyway, it looks like war. They should have let the forest burn.

I think viewers took their cue from Ezekiel's reaction to her "dioramas" (I don't recall those from the comics...?), but it could have been an indication of a really sick individual or group.

It's always a bit difficult for me to get back into the story after a lengthy hiatus, this time more than usual.

Also, the ending of the comic book series provided me with a real sense of closure.

If I understand correctly, there are now going to be six "bonus" episodes followed by the show's final season.

I agree about the sense of closure in the comics. They do appear to be headed in the same direction on the show, though of course with a different cast of characters.

I had a theory about the direction of the show, pre-COVID. The "Commonwealth" story, in the comics, seemed to me to be a call to vote. If the show had progressed along its original production line, that them may have emerged right around the time leading up to the November's Presidential election.Then again, given the slow nature of the way the plots unfold on the TV version (or maybe it just seems slow), maybe not.

The armor recalls the riot gear that some of the main characters used during their time in the prison, at roughly the same time when they met the Governor.  It provided, naturally, considerable safety when travelling among walkers.

It made a few appearances in the TV series as well, often as assorted pieces, and mainly in seasons 3 and 4.  Glenn and Maggie used it most prominently in Season 4 episode "Inmates".

Here is the armor used by the Commonwealth. 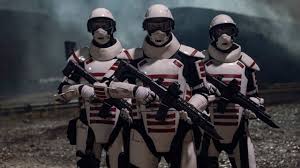 And this is Maggie's new friend. 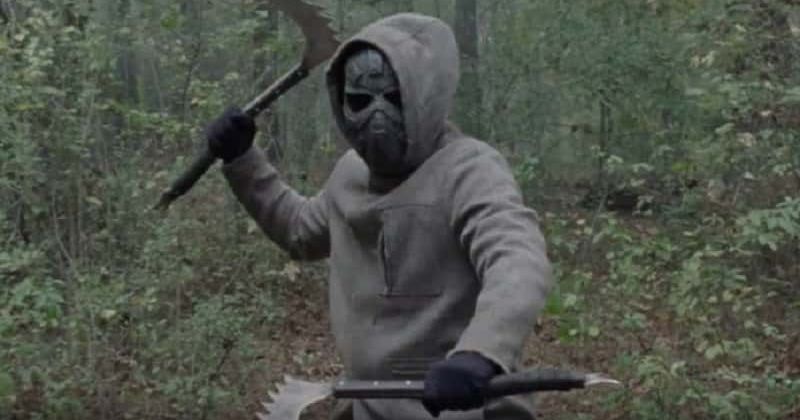 JD DeLuzio replied to Steve W's discussion A Cover a Day
"The first Robin of spring, just hanging around...."
20 minutes ago

Jeff of Earth-J replied to The Baron's discussion Movies I Have Seen Lately
"Nor these:"
8 hours ago

Jeff of Earth-J replied to Jeff of Earth-J's discussion Swamp Thing
""He also says he’s been there before, hinting that he was reincarnated." Alec does…"
8 hours ago

Jeff of Earth-J replied to Jeff of Earth-J's discussion Swamp Thing
""Who was later known as Louise 'Weezie' Simonson." Artists frequently use…"
8 hours ago

Richard Willis replied to The Baron's discussion Movies I Have Seen Lately
"Not these guys?"
9 hours ago

Richard Willis replied to Jeff of Earth-J's discussion Swamp Thing
"ANNUAL #2: Swamp Thing uses his newly discovered abilities to go "Down Amongst the Dead…"
9 hours ago

Richard Willis replied to ClarkKent_DC's discussion The New Season (2021)
"ClarkKent_DC said: The rampant housecleaning at The CW makes me wonder what's going to be left…"
11 hours ago