Tips on using the board

I thought a thread of this kind might help out our new members. If anyone has a question, just ask away.

When you're writing a post, you can make the html tags in it visible by pressing the 'html' button (the rightmost one above the reply box). This is particularly helpful if you want to put a "reply" quote at the start of your post. When you press the "reply" button immediately below a post you want to respond to, the board brings up a box with the post's text in a blockquote (at the bottom of the box). If you bring up the html, you can place your own text after the quote by placing it after the /blockquote instruction.

I sometimes write my posts in Word and then transfer them across. This can result in unwanted formatting effects, so when I do this, I switch to html format and cut out the chaff I don't want.

That emoji (here) seems to be an animated GIF uploaded from the writer's computer to storage on ning in the same way that any image can be uploaded.  That's a different technology from the way we used to be able to copy emojis from the board's "Smilies" folder.

For example, I've just gone to Photobucket using a link in the "Smilies" folder, and downloaded the following GIF to my computer, then uploaded into this reply.  I suppose it's an alternative that anyone who's seriously desperate to post smilies could use, but it's not really a workable board-wide solution!

I just saw (on the Carol Burnett thread) a working animated emoji.

I just looked at the Smilies page. It now doesn't even show the images and denied access when I tried to look at or save them.

I just looked at the Smilies page. It now doesn't even show the images and denied access when I tried to look at or save them.

We are? How does it work?

Permalink Reply by JD DeLuzio on March 4, 2020 at 8:06pm
The site is not giving me the opportunity to upload images. Is something wrong on my end or yours?

Permalink Reply by Peter Wrexham on March 4, 2020 at 8:13pm
I'm having similar problems. Unable to reply to a comment, unable to format replies (bold, underline, upload, link etc), unable to edit a comment, unable to delete a comment. The only option to post that's currently working is "Reply to discussion" in plain vanilla format (like this).

Hey guys, right now I would suggest just waiting for now. I think the Ning network is undergoing maintenance. Even their support page is down for maintenance right now.

Hi Travis.  Problems now seem to have been resolved, thanks.

Cool, thanks for letting me know, Peter.

Hi Travis.  Problems now seem to have been resolved, thanks.

I received the following message in email: 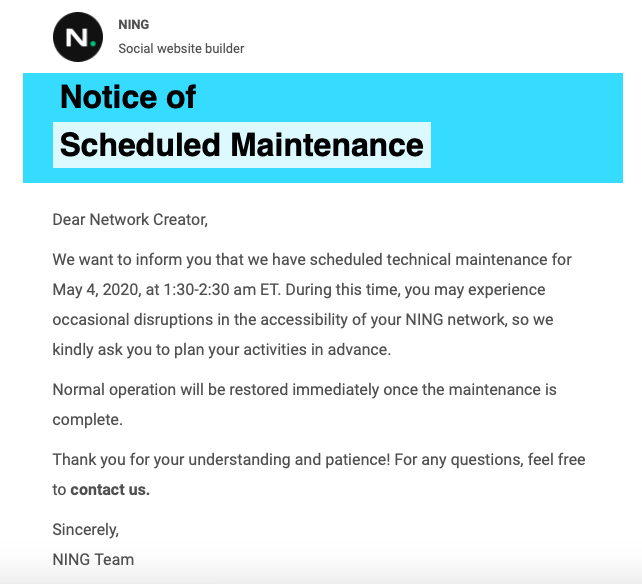 Hey, just curious... is anyone else able to edit their posts? I seem to have lost that functionality in the last few days. The edit button is still there, but instead of opening the post, it just refreshes the page.

The Baron replied to Captain Comics's discussion Conan license yanked from Marvel Comics
"Didn't they just put Conan on an Avengers team?  Bet they feel like suckers now."
7 minutes ago

Captain Comics replied to John Dunbar's discussion Marvel and DC Golden, Silver, and Bronze Age collections
"I don't doubt you're right, Jeff. There's a LOT of delay these days. I've got a…"
31 minutes ago

Jeff of Earth-J replied to John Dunbar's discussion Marvel and DC Golden, Silver, and Bronze Age collections
"The Phantom Stranger Omnibus was originally solicited for May 24 release, so we may…"
1 hour ago

Captain Comics replied to John Dunbar's discussion Marvel and DC Golden, Silver, and Bronze Age collections
"Good news, everybody! Over in the just-posted DC Comics for August 2022, there are listings…"
3 hours ago

Randy Jackson replied to Jeff of Earth-J's discussion Swamp Thing
"I should really dig out my Swamp Thing trades and follow along. "
7 hours ago

JD DeLuzio replied to PowerBook Pete, the Mad Mod's discussion Anything, Everything, or Nothing At All
"Next week is Pollinator Awareness Week! Bee aware of the role our pollinating friends play in…"
8 hours ago

Jeff of Earth-J replied to Jeff of Earth-J's discussion Swamp Thing
"ISSUE #32: Despite the cover, this issue is a seriocomic and not-so-thinly-disguised tribute to…"
9 hours ago