ACTIVATE! OPERATION MAGNEWAVE: I usually jot down a few notes while watching these episodes, but today I'm working strictly from memory. This would have been a HUGE "play-by-play" post if I had taken notes, but here's the gist. Hiyori knows that Alien Chibull Exceller is hiding on the far side of the moon. Yapool sends Odd Beast Gan Q to attack UPG HQ. The Victorians send Sacred Beast Shaprdon to fight. (I don't think I mentioned it before, but Shepardon has a large crystal of Victorium growing out of its back.) From here, the episode explodes into a kaiju slugfest, with everyone fighting everyone else.

Yeah, translations in these things can be tricky sometimes.

DESPERATE BATTLE IN THE SUNRISE: I didn't take notes last time, but the forces of good staged an all-out battle against the forces of evil, represented by five monsters: Gan Q, Golza, Melba, Reigubas and Super C.O.V. The episode ended in a standoff, with the five monsters combining into the kaiju Five King. In this episode, the battle continues as Alien Chibull Exceller sends Android One Zero to UPG HQ in self destruct mode.

A few more notes. the monsters are generally benign unless controlled by an evil outside force. Also, Alien Chibull Exceller emerges from his armor like an Ice Warrior. Also (and this is just a personal observation), I'm pretty sure Tomoya has a crush on Hikaru and it jealous of Sho. I had the same feeling during the last series, but I didn't say anything about it.

A LIFE TO REGAIN: A new phase begins with new theme music and Misuzu and Hikaru on a walk though the park. Misuzu reports that Chigusa has recorded and released her first album as an idol, and Kenta took the photo which appears on the album cover. Hikaru, of course, is obviously a successful UPG agent. It is only Misuzu who hasn't achieved her dream. Hikaru is called away on a UPG mission, leaving Misuzu alone.

As she is walking across a field, she trips over the prone form of Android One-Zero, where it has lain since being abandoned by Alien Chibull Exceller. The two bond, but One-Zero cannot tell Misuzu her name because she doesn't have one. Misuzu names her Mana, which is Hawaiian and has "a good translation" although she doesn't remember what it is.

Back on the far side of the moon, Alien Chibull Exceller activates his new android army, the Chiburoids. He also provides Yapool with a "Chibull circuit," which makes him more powerful somehow. Sho and the Chiburoids find Misuzu and "Mana" in the park at roughly the same time. the ensuing battle has many reversals, but we end up with the impression that Android One-Zero may be changing sides. Oh, and Misuzu remembers that "Mana" means "life to regain," which applies to both herself and One-Zero.

THE HOLY SWORD OF THE FUTURE: Ultraman Victory was poisoned by the monster Doragory and Sho lies dying. Sho and Shepardon were as close as a boy and his dog when Sho was young. Shepardon is recuperating from injuries received a few episodes back, but dies defending Sho and becomes a Spark Doll.

GAN-Q'S TEARS:  Alien Chibull Exceller enlists the aid of Muerte of Planet Akumania. Muerte is almost a parody of himself, wearing a black cloak, hat and eyepatch. He is Japanese, but (for whatever reason) delivers select words and phrases of his dialogue in Spanish ("Senor Ginga," for example).

Yoshida is described as a "so-so" man, a kind of milquetoast. He lets a bully butt in front of him in line and is harassed by children. For whatever reason, Muerte decides to bestow the power of Gan-Q on him, and forces him to transform with a spark doll. But because he is only a so-so man in the first place, he transforms into a man-sized monster rather than a daikaiju. He runs from Muerte and soon bumps into a little boy named Satoru who is being ridiculed by his friends because he still needs training wheels on his bicycle.

As Gan-Q, Yoshida teaches Satoru how to ride a bike without training wheels. Muerte cathes up with them and threatens Satoru with harm is Yoshida/Gan-Q does not change into giant form. Yoshida become angry and grows to giant size but, because he is a so-so man, cannot control Gan-Q's actions. Muerte also transforms into a daikaiju, and Ultraman Ginga and Ultraman Victory arrive to fight it with Yoshida/Gan-Q caught in the middle. Satoru follows behind the battle on his bicycle shouting words of encouragement to Yoshida/Gan-Q.

Yoshida hears and is able to help the Ultraman defeat Muerte, then he relinquishes his power. Satoru finds the Gan-Q Spark Doll. the next day, Yoshida stands up to the bully who again tries to butt in line ahead of him, as Satoru rides by on his bake, without training wheels, alongside his friends and with the Gan-Q Spark Doll tied to his handlebars.

The way you wrote that about Shepardon instantly made me remember the Elvis song "Old Shep."

THE HOLY SWORD OF THE FUTURE: Ultraman Victory was poisoned by the monster Doragory and Sho lies dying. Sho and Shepardon were as close as a boy and his dog when Sho was young. Shepardon is recuperating from injuries received a few episodes back, but dies defending Sho and becomes a Spark Doll.

Permalink Reply by Tracy of Moon-T on September 11, 2021 at 9:40am
Old Shep
Song by Elvis Presley
When I was a lad
And old Shep was a pup
Over hills and meadows we'd stray
Just a boy and his dog
We were both full of fun
We grew up together that way
I remember the time at the old swimmin' hole
When I would have drowned beyond doubt
But old Shep was right there
To the rescue he came
He jumped in and then pulled me out
As the years fast did roll
Old Shep, he grew old
His eyes were fast growing dim
And one day the doctor looked at me and said
"I can do no more for him, Jim"
With hands that were trembling
I picked up my gun
And aimed it at Shep's faithful head
I just couldn't do it, I wanted to run
I wish they would shoot me instead
He came to my side and looked up at me
And laid his old head on my knee
I had struck the best friend a man ever had
I cried so I scarcely could see
Old Shep, he has gone where the good doggies go
And no more with old Shep will I roam
But if dogs have a heaven there's one thing I know
Old Shep has a wonderful home

That's from Elvis' first album (and, oddly, Elvis Sings Songs for Children). It never fails to bring a tear to my eye and a lump to my throat, even just reading the lyrics. but I just noticed something. The vet tells him, "I can't do no more for him"... then sends Jim home to shoot Old Shep in the head!? Why didn't he simply  and painlessly euthanize the dog?

That's not how it was done back then. You've watched "Ol' Yeller" and westerns.

Of all the Ultraman kaiju, Shepardon has been a favorite of mine. Some of the monsters are funny or have a story but Shepardon was special.

I was tearful when he sacrificed his life and was reduced to a Victorium Spark Doll.

"Of all the Ultraman kaiju, Shepardon has been a favorite of mine."

Who is going to break the news to Pigmon? 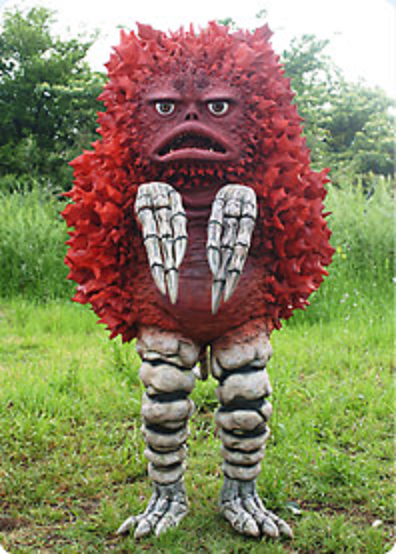 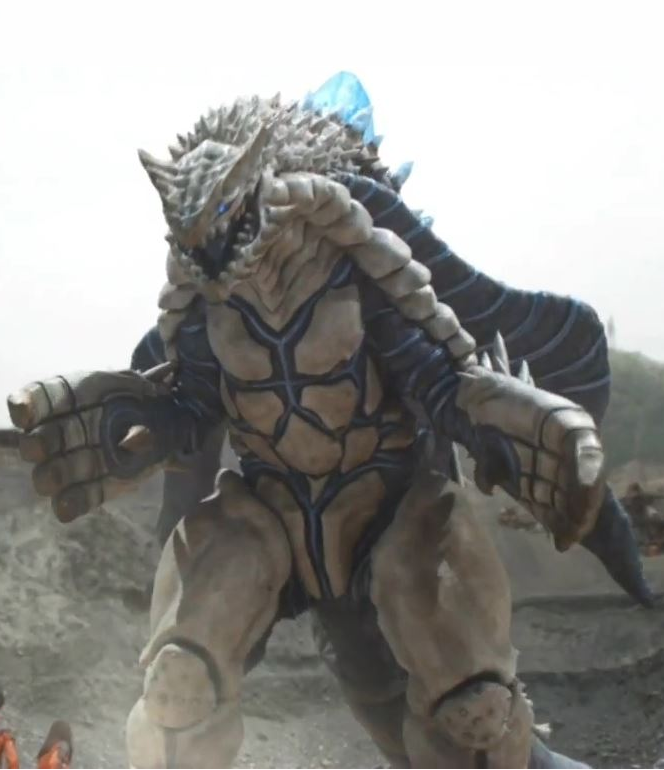