This began as a question about if Firestorm was the first superhuman to merge multiple people into one physical body, but now I'm turning it into a list.

* I'm not counting things like combining mechs as the driver's bodies did not become one.

I'll also be creating a list of characters who split into multiple bodies. That list is here

Nope, no combining mechs. I said so in the initial post.

The original question as to whether Firestorm was the first superhuman to merge multiple people into one body has been answered in the negative, with a number of earlier examples.  I'll add another one, the Starchild, who appeared in the late sixties, about a decade before Firestorm first showed up in 1978.

You don't remember Starchild?  It was in a science fiction comic, where an interstellar survey vessel was destroyed by a stellar flare that merged the 169 members of the crew into a single superhuman form, which makes Firestorm's merging of a meagre two look distinctly inadequate.  Still don't remember the character?  Well, that may be because they only made a single appearance, but it's more probably because I created them in my late teens, when I and a couple of friends were writing and drawing our own super-hero comics. 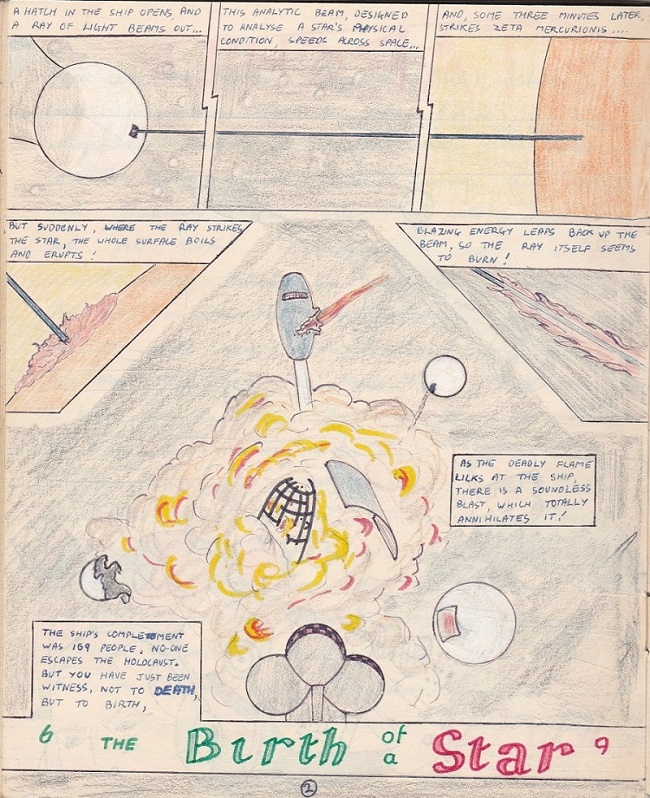 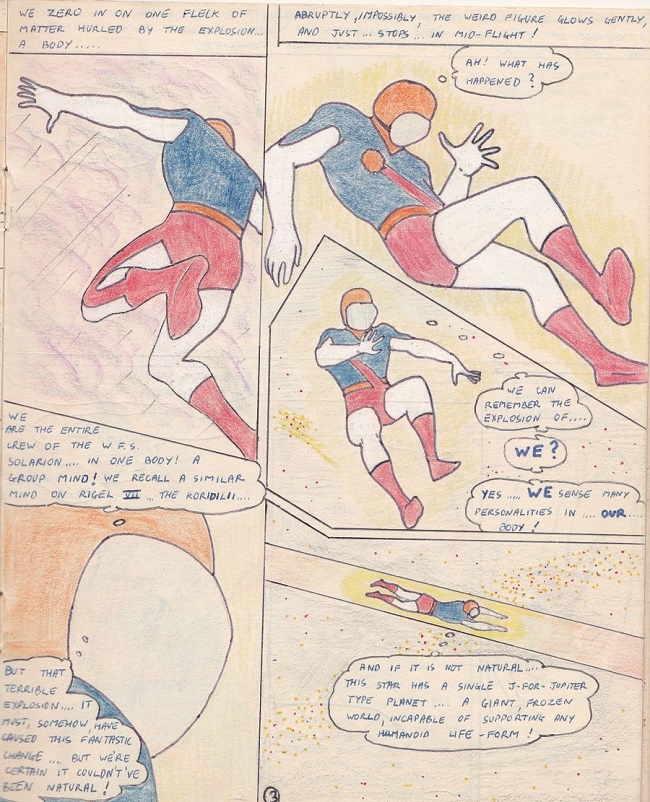 Wow.  I'm... overwhelmed!  Also very honoured to feature on one of Randy's lists.

Unless I missed it, how about the Eternals forming the Overmind?

If you're counting Kingdom Come, the Metal Men combined to form Alloy.

I reckon Deadman combined with a LOT of people.

In John Byrne's Next Men, Vanguard was composed of a brother and sister - I don't know if their names were ever given,

I'll advise if I think of any others.

Vanguard's exact nature hasn't been clarified far as I know.  The composite form alternated between male and female aspects, but assured people that it was "still Vanguard" in either form.

In any case, he and his team made appearances beyond Next Men and adjacent books, most notably in the dangling cliffhanger from his Triple Helix series (which follows directly from another series, "Trio").

Sounds like Robby Reed belongs on the list of characters who split. The others are good and will be added.

Philip Portelli replied to Steve W's discussion A Cover a Day
"After Robin, Aqualad and Kid Flash teamed up in Brave & Bold #54 proved so popular…"
32 minutes ago

Jeff of Earth-J replied to Jeff of Earth-J's discussion The Ninth Doctor Adventures
"4.3 - THE FORTH GENERATION: "The Forth Generation have emerged. The Doctor, the Brigadier, Sam…"
37 minutes ago

ClarkKent_DC replied to Steve W's discussion A Cover a Day
"I loved that book."
2 hours ago

Jeff of Earth-J replied to Jeff of Earth-J's discussion Star Trek: Strange New Worlds
"STRANGE NEW WORLDS: As the episode begins, Enterprise is in drydock and has been for a year being…"
5 hours ago

Peter Wrexham replied to Steve W's discussion A Cover a Day
"Yes, I was already considered the first and last issues of Showcase (not least because we also…"
6 hours ago

Jeff of Earth-J replied to Steve W's discussion A Cover a Day
"Richard Willis already posted the first and last of She-Hulk's second series. Here's her…"
6 hours ago

ClarkKent_DC replied to Steve W's discussion A Cover a Day
"Continuing on ... Jonah Hex graduated to his own series, titled Jonah Hex of course (March-April…"
13 hours ago