Among other things I'm plowing through the Squadron Supreme Omnibus and finally reading the original 12 issue series reprinted within.

There is some real good work among the simple premise and Mark Gruenwald did remarkably well with such a large cast list.

I've read Greunwald's Squadron supremem only once. Over the weekend I read...

Black Widow #1-5:I only recently noticed this series exists. It's by Waid and samnee, the previous Daredevil team. They carried the momentum generated on that title into this.

Yoe Books: Two of my favorite titles are Haunted Horror and Weird Love, yet I had allowed myself to fall somewhat behind on those, and the three issue amalgam title Haunted Love as well. I'm getting caught up on those. For a long time I had hoped Yoe would do a superhero series. I considered writing a letter, but ultimately decided that was not his thing. While filling out my latest Previews order I discovered Yoe Books is soon going to release a Weird Superheroes hardcover. I, for one, can hardly wait.

Marvel Team Up 23, 1974.  Mostly because I was going to scan Marvel Team Up 59 and I like to be complete in these things so I went back to 23 to see the first appearance of the villain, Equinox.  It's interesting that they premiered him in 1974 but we didn't see him again until 1977.  Originally he was written by Len Wien but in the 1977 issue it was Chris Claremont.

Storyline is pretty straightforward but a lot of the tapestry of the mu of that time is woven into it.  We start out with Johnny letting Spiderman use one of the FF's flying machines to go get a doctor of a a cruise ship (where he'll brush by Dracula), and mentioning to Johnny off hand about a strange robbery.  Johnny is pondering his own feelings toward Crystal and Reed and Sue's current problems (this was shortly after Reed shut down Franklin's mind I think) before getting frustrated with the introspection and heading out to check out the robbery.  At the scene he's clunked on the head by an ice bolt and goes looking for Iceman (obvious suspect, but Johnny's also still short tempered).  He finds Bobby and they fight before the rest of the X-men find them and break up the fight.  Cyclop's mentions that Bobby had stormed out of the mansion a half hour before (clearing him of the assault on Johnny) before the Prof could tell them all about an important mission.  I have no idea what was going on with the X-men at the time, but they were all in their original uniforms (though Beast wasn't there).

Johnny and Bobby go and find the villain and the fight is pretty is pretty good, the reveal of Equinox comes off ok and all they really find out about him is that he's trying to steal an atomic clock.  Johnny and Bobby hit him with ice and fire at the wrong moment and he explodes but seems to escape into a sewer.

It was a good issue, a lot packed in with good action.  I guess at that point Marvel Team Up wasn't a Spider-Man book.

I have no idea what was going on with the X-men at the time, but they were all in their original uniforms (though Beast wasn't there).

When Marvel Team-up #23 was on sale in April 1974, X-Men #88 was still on sale from March 1974. It was a bi-monthly and had been running reprints for years. In 1972 the Beast became furry and in 1975 started appearing in the Avengers. I don't think he spent any time with the X-Men after he became furry, at least in the 1970s. The X-Men were occasionally appearing as guests in other titles at the time of Marvel Team-up #23, not unlike what Stan did with the Hulk after his original title was cancelled years earlier.

I read the first one and I'm not really sure. This line seems to involve DC taking old kiddie properties, telling someone to write them for adults, and see what happens. I'm not sure they quite knew what they were going for, but the series might find its voice/tone.

I read The Flintstones #1 and was a tad bit confused. Though clearly written and drawn, I'm not sure what they're going for here. Social satire? Allegory? Alternate reality?

Personally, I don't care what it's "supposed" to be. All I know is that I loved the first issue and can't wait for the second one.

I read The Flintstones #1 and was a tad bit confused. Though clearly written and drawn, I'm not sure what they're going for here. Social satire? Allegory? Alternate reality?

I'm getting #2 but I would like a better handle on what I'm reading!

Way things are going I'm not sure if I'd be curious or afraid if Archie decided to revamp the Groovy Ghoulies. 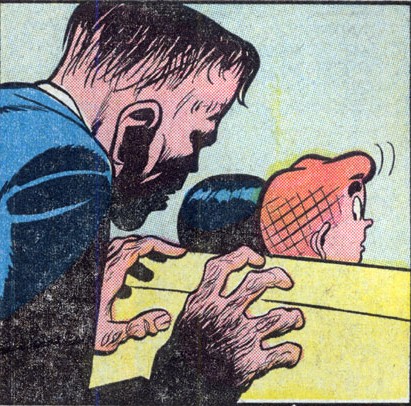 Way things are going I'm not sure if I'd be curious or afraid if Archie decided to revamp the Groovy Ghoulies.

Were they ever in the comics? Are they owned by Archie or were they Filmation characters?

They were Filmation characters, and their comic appearances, as near as I can discern, were exclusively with Gold Key. They also crossed over once with the Looney Toons. But in the FIlmation cartoon, they definitely coexisted with Archie and the Gang, who met them a few times and knew of the existence of Horrible Hall, seemingly on the outskirts of Riverdale. Sabrina referred to them as "cousins," if I recall correctly.

My brain should probably not be cluttered with this information, but there you have it. 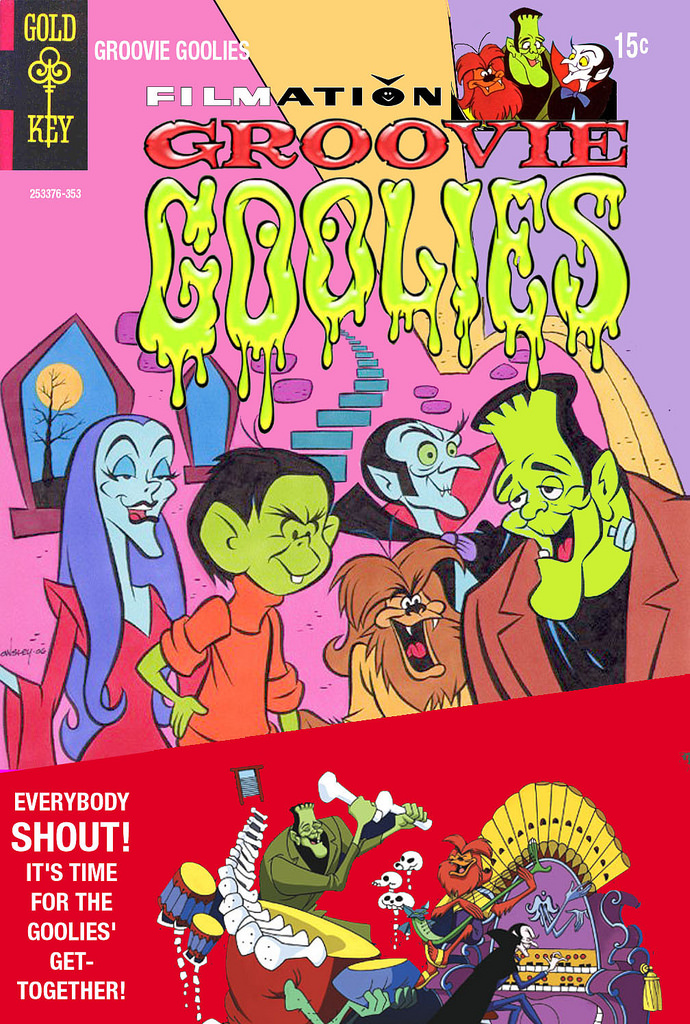 Read the preview of "The Flintstones" #1 on line. Passed.

Out of all of DC's Hanna-Barbera revival attempts, "Future Quest" is the only one I love and am reading.

While I think the original spelling was G-h-o-u-l-i-e-s...

The Ghoulies/Looney Tunes "Daffy and Porky Meet The Groovie Ghoulies" crossover was actually an animated movie as part of ABC's Saturday Morning Superstar Movie series (which also gave us such things as "Yogi's Ark Lark", the pilot for "Yogi's Gang"; "Willie Mays and the Say-Hey Kid", and an attempt at creating an animated version of "Lost In Space") during the 1972-1974 cartoon seasons.

But if the "Groovy Ghoulies" were to be revived, who owns the rights today? Archie? Filmation? Or whoever took over ownership of Filmation's personal properties when the company folded, since most of their shows were licensed to begin with.

I read Hallmark owned the rights at one point and nearly ruined their shows by putting them on tape that gradually over the years caused the soundtracks to speed up until everyone sounded like chipmunks, destroying the original films at the same time to save space. I know Archie had to slow down their soundtracks before putting their cartoons out on DVD. I have the Sabrina 3 DVD set and just looked through it. The Goolies finally turned up on the last disc so Archie must have some rights to them.

Jeff of Earth-J replied to The Baron's discussion Movies I Have Seen Lately
"ROCKIN' IN THE ROCKIES (1945): Unlike the Three Stooges' previous feature-length films,…"
2 hours ago

JD DeLuzio replied to Steve W's discussion A Cover a Day
"The original cover gives a more cynical view of carnies than the digest reprint:"
3 hours ago