I enjoyed the first volume of Charles Soule and Alberto Jiménez Alburquerque's Oni Press comic Letter 44 (I read it shortly after it came out, I think as part of a Humble Bundle of e-comics). I rarely buy comics these days, so I kept looking for it on another Humble Bundle, or on the public library Hoopla service. No dice, so I was happy to see it  on sale on Comixology last week for $1.99 per volume. I bought volumes 2-6, and read volume 2 over the weekend. I found it surprisingly easy to dive back into the story after a five-year gap. I plan to read a volume a week until I'm finished, and am looking forward to seeing it through to the end.

I just dug Letter 44 out of the pile of "I really should finish reading this series." I never made it to the end, but I was grabbed by the beginning. However, the art is hard on the eyes.

Yeah, I can't say I'm crazy about the art. Maybe that's part of why I let it slide for so long. Good story telling, though.

I just dug Letter 44 out of the pile of "I really should finish reading this series." I never made it to the end, but I was grabbed by the beginning. However, the art is hard on the eyes.

This week features not one, not two, but three book by Mark Russell! What did we do to deserve this? I feel unworthy. I also decided to drop three books I had intended to buy at the last minute. But let's star with...

BATMAN #118: "This Week in Comics" informed me that this issue of Batman begins a new era by a new creative team. I very seldom ever but Bat-titles (I'm fixin' to drop LotDK) but I thought I'd give it a try. Actually, it was pretty good. But I don't think I'm going to start reading it. I don't think I've read Batman regularly since Grant Morrison was writing it, and before that I don't even remember how long it has been. Besides, I'm trying to buy fewer new comics these days, not more. I have several collections I've bought "on faith" and I have no business buying new comics until I read those. It is pretty good, though, in the modern tradition (if that's not an oxymoron).

BATMAN '89 #4 (of 6): I just get through telling you how I don't buy Bat-titles, and her I buy two in one week. I've got to be honest, when Warner Brothers floated the idea that Eddie Murphy was being considered being cast as Robin, I was skeptical. Then Chris O'Donnell was cast and I wished it had been Eddie Murphy. Now original screenwriter Sam Hamm introduces a new Black Robin and gives him a plausible origin.

ONE-STAR SQADRON #1 (of 6): A mash-up of Giffen/DeMattheis/McGuire Justice League antics with Bob Burden Mystermen-style characters, mixed together in Mark Russell's distinctive style. Smart and funny. (Not for fanboys.) Easily my "Pick of the Week."

MY BAD #2: Another Mark Russell comic in the same style as One-Star Squadron, but with original characters.

FANTASTIC FOUR: LIFE STORY #5 (The '00s): Proving that he can write more than humor, Mark Russell  finally brings Galactus to Earth (for a reason quite different than one would expect). Dr. Doom proposes a unique way to deal with him, but it is Reed and Franklin who actually do.

X-MEN LEGENDS #9: I've been buying this series right along in the hope that, given a second chance, the original creators of '90s X-titles would strive to outdo themselves, but all it did was reinforce my decision to have skipped of dropped these books in the first place. Issue #9 is the third part (of three) of a Wolverine/Jubilee adventure. I have parts one and two, but decided to pass on the concluding chapter. That should tell you something.

SUPERMAN, SON OF KAL-EL 2021 ANNUAL: As with X-Men Legends, I've been buying the regular series since the beginning, but have been waiting for a "good jumping off point." Perhaps, also like X-Men Legends, I'll just stop waiting and pull the trigger.

WORLD OF KRYPTON #1: Took a look at the interior art and just couldn't bring myself to buy it.

Deciding not to buy those three comics saved me 14 bucks, and I feel great about it. 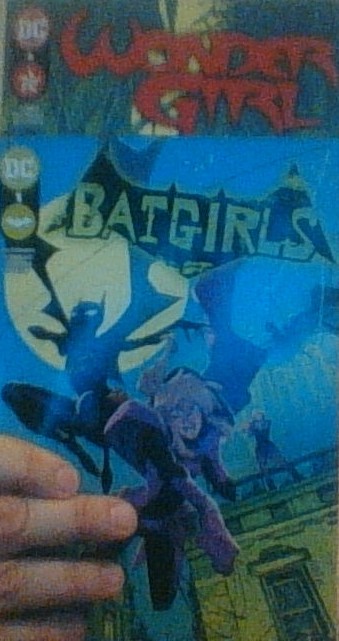 SPIDER-MAN #81: The Beyond Corporation sends Spider-Man on a mission to Brooklyn where he is likely to run into the "unauthorized" Spider-Man (Miles Morales). If he does, he is contractually obligated to enforce Beyond's trademark. I kvetch a lot about Marvel's titles with adjectives that don't sound quite right (such as Superior Spider-Man or Non-Stop Spider-Man for example), but I think they ought to call Miles Morales's title The Unauthorized Spider-Man.

HULK #2: I didn't remember much about #1 so I read the synopsis: "Bruce Banner has somehow managed to split the Hulk into three distinct parts: The Hulk's body has been turned into a starship. Banner's psyche pilots it from within the Hulk's mind. And the Hulk's psyche fuels the starship with his anger, which banner harnesses by locking the Hulk in the 'engine room' and sending escalating levels of opponents for him to fight." Is that what happened in issue #1? That sounds stupid.

DEFENDERS #4: "There have been seven versions of reality before this one. And this Eighth Cosmos is now under threat due to Carlo Zota, a rogue scientist who sent himself back in time to try to fix his mistakes. At the urging of the mysterious Masked Raider, Doctor Strang activate the Torot of the Secret Flame and summoned a new team of Defenders to hunt down Zota. The spell brought them first to the Sixth Cosmos, where they allied with Taaia, the mother of Galactus, and then to the Fifth Cosmos, a realm of pure magic where the eldritch being Moridun had enslaved the fugitive Zota. Realizing the Defenders were a living spell, Strange channeled the power through Harpy and summoned the mysterious Green Door. The opening of the unnatural portal defeated Moridun, returned Harpy to her human form as Betty Ross, and sucked the defenders into an even earlier cosmos."

I was never a big fan fan of Steve Gerber's Defenders, but this is the kind of bat-$#!t crazy of thing he tried to do. I do like this, though (by Al Ewing). Perhaps fans of Gerber would like it as well.

EDGAR ALLAN POE'S SNIFTER OF DEATH #3: Among the stories: "Edgar Allen Poe's Gore of Frankenstein" in which the Monster collects the heart of Dracula, the brain of the Mummy and the eye of the Wolf-Man and delivers them to Dr. Malevo to create the Child of Frankenstein.

Didn't know Defenders was out this week.  Must've missed it. 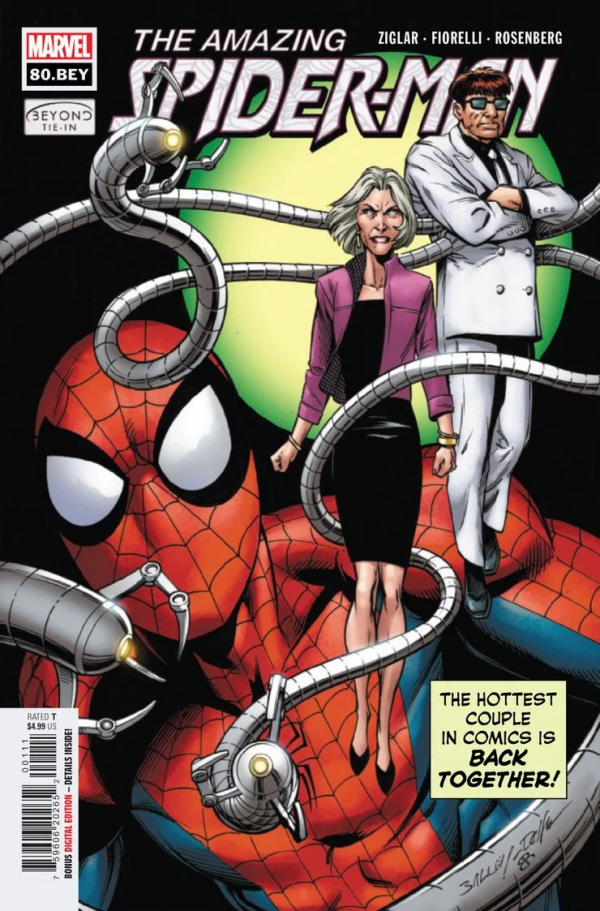 The mightiest Marvel Team- Up of all time was an exciting read. Detective work, action and even a super- villain can love. I enjoyed reading the story where the mundane meets the fantastic for poor brian Michael Bendis. 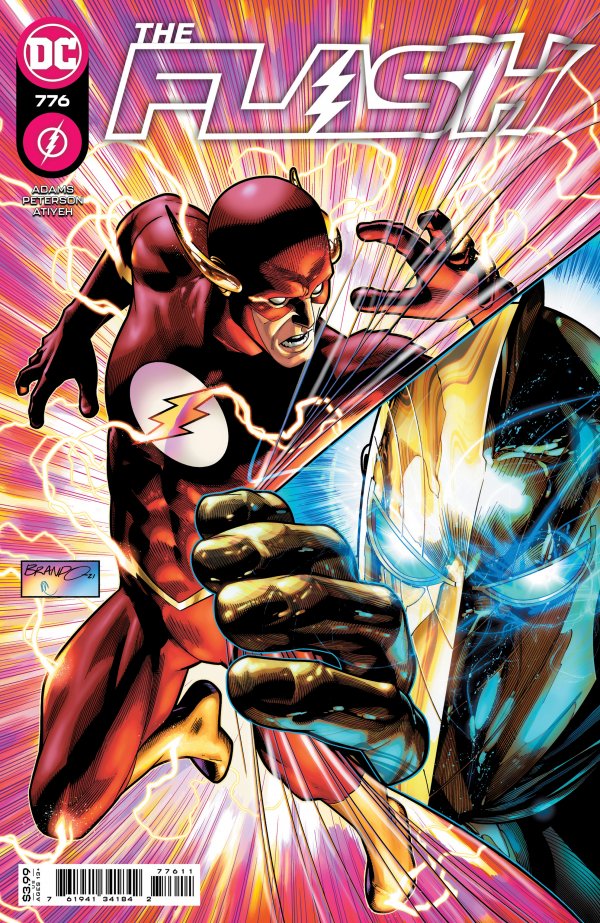 I enjoy reading stories where the 4th wall is broken as readers are invited to be part of the action.

I read the first "binge" volume of Super Suckers from Sitcomics, which I learned about through this site. I enjoyed it. Leaned a little to heavily into humour based on looks and weight and such, but the premise works, and the faux old Archie art is perfect for the series.

I'm finally starting Kicksville Confidential #1 which I bought a year ago. I don't think there was ever a #2.

I'm moderately amused by the fact that the Big Bad in Future Quest (2016-2017) is a hostile, fast-spreading alien life-form called "Omnikron." I'm moderately amused by the fact that the Big Bad in Future Quest (2016-2017) is a hostile, fast-spreading alien life-form called "Omnikron."

Where is Mightor when we need him?