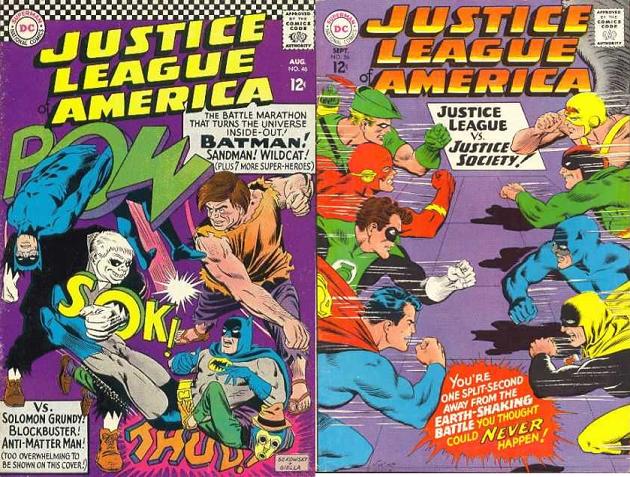 Philip Portelli replied to Steve W's discussion A Cover a Day
""NO WIRE HANGERS!!!""
24 minutes ago

Jeff of Earth-J replied to Wandering Sensei: Moderator Man's discussion What Comic Books Have You Read Today?
"EDITING..."
25 minutes ago

Tracy of Moon-T replied to Wandering Sensei: Moderator Man's discussion What Comic Books Have You Read Today?
26 minutes ago

Jeff of Earth-J replied to Wandering Sensei: Moderator Man's discussion What Comic Books Have You Read Today?
""GOLDEN AGE" FIND!: When I went to my LCS today, the owner pulled out a box of his most…"
36 minutes ago

Jeff of Earth-J replied to Jeff of Earth-J's discussion Ultraman Tiga
"Yikes! It's been four months since we stopped watching Ultraman (Tiga). Now that TV is off the…"
47 minutes ago

Philip Portelli replied to Steve W's discussion A Cover a Day
"And that Lana calls her husband "Superman-Blue" in private!"
1 hour ago

The Baron replied to Steve W's discussion A Cover a Day
"I like how he says "Lois Lane", so that Lana knows he doesn't mean Lois Witkowski or…"
1 hour ago

Philip Portelli replied to Steve W's discussion A Cover a Day
"This is one of my favorite "Imaginary Stories". And I always felt sorry for little Kal-El…"
1 hour ago

The Baron replied to Wandering Sensei: Moderator Man's discussion What Comic Books Have You Read Today?
"Today's Purchases:   Dark Crisis #2:  It's OK. So far this series…"
2 hours ago

JD DeLuzio replied to Steve W's discussion A Cover a Day
"I love how a show that almost nobody recalls received a few issues over at Gold Key. And I actually…"
3 hours ago