What was your first Thor comic book?

I saw the Thor movie and highly recommend it. I saw it in 2-D and intend to see it again in 3-D. It has a lot of Silver Age sensibility and should appeal to members of this forum, if you're having any doubts. 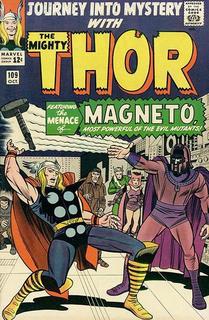 I had read the Tales of Asgard collection prior to the movie to get warmed up, and now I'm reading the first Essential Thor collection, and it got me to thinking about the first Thor comic I read. It was Journey Into Mystery 109 and it came in a stack of used comics my mom had bought at a second-hand store for me when I was sick, probably sometime in 1965. It was one of several old Marvels in the pile. I had been a strictly DC fan until then, and these comics opened up a whole new world to me. I especially liked this story because Magneto was such a cool villain, the Brotherhood of Evil Mutants was a weird bunch who hated each other, and they were being chased by this mysterious group of characters called The X-Men who stayed mostly off panel.

Unfortunately, I didn't much like Thor himself, although I liked the short Tales of Asgard story in the back.

It wasn't until  months later that I tried Thor again in Journey Into Mystery 114, the first Absorbing 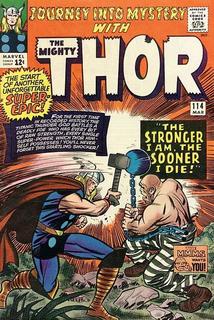 Man story. The dynamic Kirby cover artwork and the odd appearance of the villain got me to look, but it was the cover blurbs that got me to buy it. "The Stronger I Am, The Sooner I Die!" High drama for a 12 year old!

After this I was hooked until soon after first Kirby, and then Lee left. I came back for the Roy Thomas run and the Simonson revival, but have pretty much ignored the character since.

Having said that, I have bought or borrowed some of the stories in the recent revival and I am finding them to be highly entertaining, so I may be a Thor comics fan again. I'm taking it on a month by month basis.

So, what was your first Thor comic book?

I have this feeling that Stan was sitting in his office laughing it up as he did the dialogue.

Stan didn't do the scripting until later on, so he may have laid on the flowery language thicker than his brother Larry Lieber did. I never noticed the change, but it's probably there.

I don't know that I would envision Stan laughing at the dialogue, but I'll bet he enjoyed making it grandiose, as he certainly leaned that way (as did his protege Roy). Like you, that was one of the parts that kept me from being more interested. 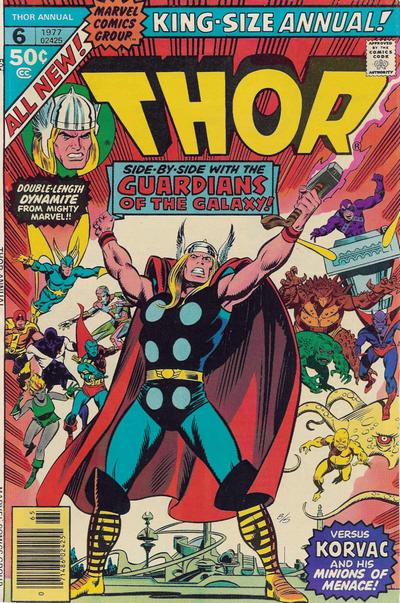 Thor Annual #6: Thor & the Guardians of the Galaxy vs Korvac & his Minions of Menace!

Other than Simonson's run, I've never read a Thor comic that lived up to this issue. Of course that's nostalgia speaking, but man, was this issue packed with goodness. I loved that sprawling Guardians/Minions battle! 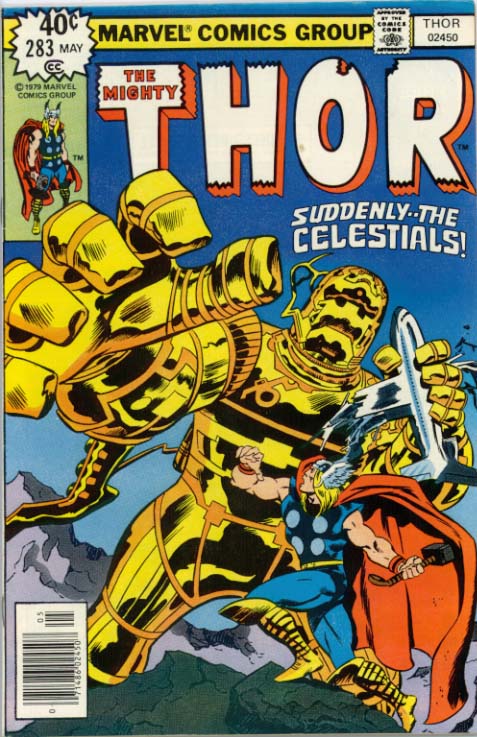 This was thanks to our very own Cavilere. A few years back on the old board I had made a statement I would like to one day own some comics pre-1980. Cav and another member of our board came through and sent me some pre-1980s comics. It was much appreciated. Before this I had never read a Thor comic or a comic with Thor in it. I take that back. I read comics with Ultimate Thor before ever reading ones with this Thor.

...Possibly the only 32-page comic book I ever bought during the SA with Thor as the sole or lead feature was , of all things , TMT #158 , which reprinted essentially the whole origin , as a filler issue , with a little new wraparound around it !

So , I was exposed to the origin , and to even more of the idea that there had been an earlier time in comics .

I didn't buy many mainline , 32-page , Marvels while the actual SA was going , and , after 1967-ish or so , I stopped receiving an allowance for a couple of years and got somewhat less comics , less regularly .

Permalink Reply by Dave Blanchard on May 19, 2011 at 3:23pm
Now that I think about it, it's pretty likely that the first time I laid out money for a THOR comic book was this one from 1979 (13 years after I'd started reading comics), since it was a tongue-in-cheek goof on Superman with art done by the great Wayne Boring. In fact, this issue survived the "great back issue purge" of a number of years ago when I sold off about half of my collection for some much-needed cash. 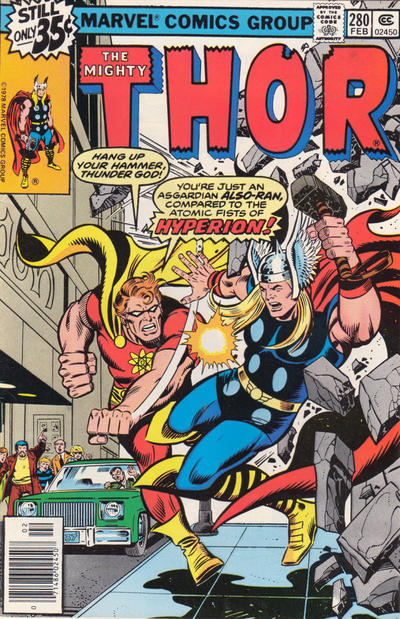 Actually, this is one of the first Marvels I ever bought (or rather, asked for). I remember being astounded that Iron man was in Thor's comic, and that the Avengers made a cameo appearance.

Permalink Reply by Mr. Satanism on May 30, 2011 at 11:55am
Oh, and in response to a post above, I too always thought the Crusader would make a terrific hero. I'd like to see him in a team book though, bumping heads with other characters whose morality doesn't jibe with his. He'd make a great Guy Garner type foil

Although he looks great, I guess that version of Crusader has two things working against him.

1) A huge chunk of the planet's population (including me!) considers the historical Crusaders to have been blood-thirsty racist marauders, so that's a bad-taste mark against the concept.

2) A Christian superhero who habitually 'turns the other cheek' would hardly lend himself to 'Action in the Mighty Marvel Manner', and if he doesn't turn the other cheek, he's only a nominal Christian.  The trouble is that Christianity is a living modern religion, unlike Thor-Worship.

I haven't ever read a story with him in it.  Perhaps they deal with some of these issues in-story?  Although I'm sure they'd have had to tread softly.

Thanks for jogging my memory, Jeff!

My first Thor was the Marvel Treasury Edition #10.  It was the Ragnarok story in GIANT Kirby glory. 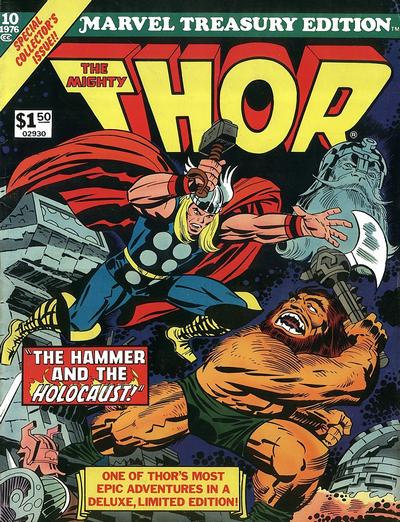 Permalink Reply by Wandering Sensei: Moderator Man on May 30, 2011 at 10:32pm
I'm honestly not sure, but it was drawn by Erik Larsen and written by Dan Jurgens in the late 90's. I read several issues in a row of that run, and I thought it was pretty good.

The Crusader would be a hard sell as a hero, but I think that's what would make him work. I don't see him as an anti-hero (we have plenty of those already) but more someone who has been granted these powers and is trying to find his way with them and solidify his faith while surrounded by metahumans and legendary gods. The original character was presented as a religious nut, so a new host for the powers would probably be the best bet.

IIRC correctly, it was never established who or what gave the Crusader his abilities. He assumed it was the Christian God, but we never learn for sure. heck, there's a great story arc right there.