If you thought Hollywood strip-mined comic books for movie ideas in 2011, you ain’t seen nuttin’ yet.

Which is not to say that all you’re going to see is superhero movies. Actually, so many genres, media and themes repeat this year that it makes me wonder if Hollywood screenwriters all get drunk in the same bar. I mean, do we really need two movies about riots on an orbiting space prison? Two movies based on board games? Three movies about Navy SEALs? Six sports movies? At least nine ghost/haunting stories? Don’t get me started on con men-who-learn-a-lesson tales, coming-of-age stories and quirky rom-coms.

But if you’re a comics fan, there’s a lot to love in 2012. Here’s a quick overview of the genre films – comics-based and otherwise – that are prominently marked on the calendar in the Comics Cave: 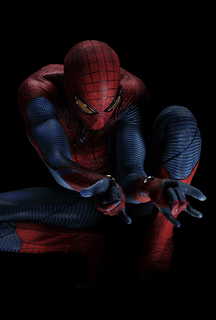 * Abraham Lincoln: Vampire Hunter: Why not? (It’s based on the genre mashup novel by Seth Grahame-Smith, and not to be confused with Lincoln, a movie based on Doris Kearns Goodwin’s Team of Rivals,coming in December.)

* Amazing Spider-Man:Yes, Sony is rebooting this franchise because it’s greedy. But also because the rights will revert to Marvel if they don’t. Regardless of the reason, this looks way awesome, not just with a high school Peter Parker, but finally giving us a major Gwen Stacy turn.

* Bullet to the Head: This is based on Alexis Nolent’s graphic novels, which bodes well; it stars Sylvester Stallone, which bodes the opposite.

* Chronicle: Three high school students get super-powers, and it goes real, real bad. How long before this is adapted to comics, you think?

* The Dark Knight Rises: I don’t have to describe this one, do I? The trailer alone set a download record in December. 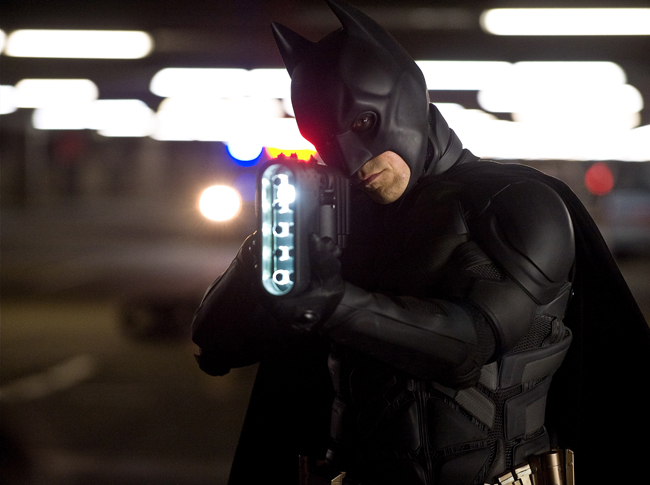 * Dark Shadows: I was never a big fan of the 1960s soap opera, but how can you go wrong with Johnny Depp as reluctant vampire Barnabus Collins?

* Dredd: Based on the UK comics, and produced by a UK company, who are likely to do it better than 1995’s alarmingly awful Judge Dredd.

* Ghost Rider: Spirit of Vengeance: Yeah, Nic Cage is getting a little long in the tooth, and the first Ghost Ridermovie was kinda by-the-numbers. But it looks like they’re going for dark humor and spectacle this time, and a flaming biker skeleton gives you a lot to work with!

* The Hobbit: An Unexpected Journey: You know you’re going. * The Hunger Games: This story of teenagers forced to fight to the death in a dystopic future is adapted from the young adult novel by Suzanne Collins, and has “franchise” written all over it.

* Iron Sky: You can’t go wrong with space Nazis on the moon.

* John Carter: Someone’s finally adapting the Edgar Rice Burroughs series that began with A Princess of Mars,and it’s about time!

* The Lorax: The words “animated Dr. Seuss tale” are enough for me.

* Men in Black III:  Do Will Smith and Tommy Lee Jones just need the money?

* Parker: Based on the 1960s gangster books by Donald Westlake (a.k.a. Richard Stark), which are being adapted into top-flight graphic novels by Darwyn Cooke.

* Prometheus: It looks like a prequel to “Alien,” although everyone involved vehemently denies it.

* Raven: Edgar Allen Poe investigates a serial killer in the final days of his life. To quote the great philosopher Butt-head: “Uh, what?” Too weird to pass up.

* Red Tails: George Lucas reportedly had trouble getting this movie made because it didn’t have a white guy in the lead. What th-? It’s World War II and genuine American heroes, so I’m there, dude.

* The Three Stooges: Probably the worst idea for a movie I’ve ever heard … but the trailer looks hilarious.

* World War Z: This movie is adapted from the Max Brooks novel, which shows real-world consequences of a zombie apocalypse, like The Walking Dead.That puts me in a seat!

* Wrath of the Titans: As you might guess, it’s a sequel to Clash.

Saw The Grey last night. Pretty implausible, and my wife complained how they made wolves such aggressive man-eaters, but of course Liam Neeson carried it. (His damaged tough guy persona never gets old for me.) But it did raise one issue that's sort of implied by the discussion here.

Does there come a point where you're simply too experienced to enjoy pop culture any more?

In the trailer, when one guy says "I thought wolves were afraid of man," I mentally gave the stock reply "They're not afraid of anything," and two seconds later Liam Neeson said "They're not afraid of anything." I don't want to spoil the movie, so I won't give details, but there was a question left open at the beginning of the movie about Neeson's wife that held no suspense for me -- I figured it for a big reveal at the end of the second act to provide the motivation we were missing, guessed what reveal would have the most impact, and therefore the question had no drama or mystery for me, since I perceived the gun on the mantelpiece and guessed when it would go off. When the wolf pack's leader meets and defeats a challenge, I knew the same thing would happen in the group of men (which it did immediately following), because writers love symmetry. And I knew that somehow or other Liam Neeson and the alpha wolf would somehow go mano-a-mano (mano-a-lupo?), because that's a showdown, and writers love showdowns. (See: Every Western -- and every Star Wars -- movie ever made.) So the only question for me was whether the way the writer arranged this battle would be remotely plausible or not (since wolves hunt and fight in packs).

In short, the movie held absolutely no surprises for me, because I'm familiar enough with story structure and writer tropes to anticipate everything before it happened. Maybe it was just that obvious a movie, but I don't want to single out The Grey, because I do the same thing with other movies and TV shows. I don't really think it was a factor of this particular movie, because all movies are written by people relying on the same bag of tricks, and more often than not these writers are half my age who aren't aware that every bright idea they have was already done in a Superboy comic book 40 years ago (and then repeated twice). Or maybe they do know, but are counting on the bulk of their audience being young and/or not widely read. (I still wonder about Barb Wire -- did the writers and director think no one would notice they were remaking Casablanca? Did the writers of Outlandexpect no one would notice they were swiping High Noon? And how many movies have used The Tempest as a blueprint?)

Which is not to say I didn't enjoy The Grey -- I did. I enjoyed watching Neeson, who has a face made for movies. And I enjoyed my wife's breathless reactions. But I didn't enjoy what I was supposed to enjoy -- the "suspense" -- and I can easily see myself making the transition so many older people do, where they no longer watch movies or TV, and stick to the news and weather, which is constantly changing and isn't written by people who are paid to follow trends and fads. I would never have dreamed that of myself at 15, but at 53, it almost seems inevitable.

I think that you can see things coming, but still enjoy how a particular director/writer/actors get there.  War Horse was full of moments I knew would come, but they were done so well that they still had an impact on me.  My favorite TV show, currently, is Downton Abbey.  It's really just a classy soap opera, but it has the added spice of British repression that makes this so different from American soapy-ness.  There is no shouting and very little crying on Downton and, maybe, that's why Americans have flocked to it as a balance from US "news" and reality TV craziness.

The last film to really carry-off suspense for me was Inglorious Basterds.  There are three big scenes in that movie...all long conversation scenes...with so much going on emotionally.  I didn't know what might happen in all three and they were amazing.

In short, the movie held absolutely no surprises for me, because I'm familiar enough with story structure and writer tropes to anticipate everything before it happened. Maybe it was just that obvious a movie, but I don't want to single out The Grey, because I do the same thing with other movies and TV shows. I don't really think it was a factor of this particular movie, because all movies are written by people relying on the same bag of tricks, and more often than not these writers are half my age who aren't aware that every bright idea they have was already done in a Superboy comic book 40 years ago (and then repeated twice). Or maybe they do know, but are counting on the bulk of their audience being young and/or not widely read. (I still wonder about Barb Wire -- did the writers and director think no one would notice they were remaking Casablanca? Did the writers of Outlandexpect no one would notice they were swiping High Noon? And how many movies have used The Tempest as a blueprint?)

I don't think it's that they think someone won't notice that they're cribbing from another source (although many viewers wouldn't notice) -- I think they think "Isn't it so cool that I'm doing it!" Why else is there a Robert Downey Sherlock Holmes series?

I didn't actually see Clash of the Titans (1981 vesion) in the theater, but I used to have a friend who told an absolutely side-splitting story of listening to an older couple in the row behind him reacting with shock and incredulity at the appearance of a winged horse up on the screen.

"George! That horse has wings!!  Horse don't have wings, George!"

I saw the 1981 Clash of the Titans when it came out at the theater. Always found it shocking that it was Ray Harryhausen's last film. He had several in the works after that, including one about elementals, but none of them ever got made.

The older couple must not have seen Steve Reeves' 1961 movie The Thief of Baghdad.

Switch to the Mobile Optimized View