Here’s what we’ve got.

On the Zuda side, all four Zuda books continue their runs: Azure gets a second issue, The Night Owls gets a third, and High Noon and Bayou get a fourth each. 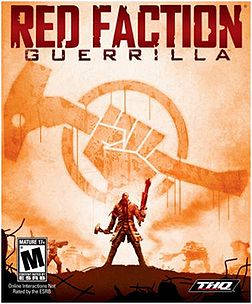 Wildstorm is the only one of the four imprints to offer something new, with two comics that serve as prequels to the video games Red Faction: Armageddon and Red Faction: Guerrilla. I can’t find these books on the Grand Comics Database (as a matter of fact, these books are so little talked about online that I wasn't able to find either cover on Google Images; the game will have to suffice), but according the Wikipedia, the Red Faction: Guerrilla comic was included in the Red Faction: Guerrilla Handbook. The Armageddon comic will probably be published the same way. The Red Faction: Armageddon game is scheduled for release in March. So this is purely promotional stuff, most likely released as part of a deal between Wildstorm and game publisher THQ. But unlike most free comics online, this isn’t a teaser for more comics. Each issue is a complete story, ending with “The End.” So promotional or not, hey! Free science fiction comics! (I haven’t read them yet, but the order of the games is Guerrilla then Armageddon, so I’d read them in that order if I were you.)

In other Wildstorm news, Planetary is back. After the release of the first 6 issues when DC opened the store, the Planetary line continured with crossovers with Batman and the JLA, but the main book hadn’t gotten another issue. But issue 7 is released today.

Vertigo is content to continue its existing lines this week. DMZ gets its customary three issues (12-14), while Fables, Sandman, and Unwritten continue their runs. The Losers is the only existing Vertigo line not being regularly updated; it put 12 issues up on the June 23 debut, and there’s been nothing since. If I had to guess, the release of the movie hasn’t translated into a lot of downloads.

Hopefully, Vertigo will start expanding its product soon. I’d love to see some Hellblazer up there, and a regular installment of Scalped.

The DCU plays a similarly conservative game this week, merely updating existing lines. Superman gets two books: All-Star Superman 5 and Action Comics Annual, which finishes up the “Last Son” storyline. Since Johns continues on Action, I suspect we’ll see more Action as the weeks progress. (Incidentally, on the Action Comics page, it might behoove DC or Comixology to make Annual #11 appear after issue 651, as it does in the storyline, instead of before all the earlier issues of Action.) 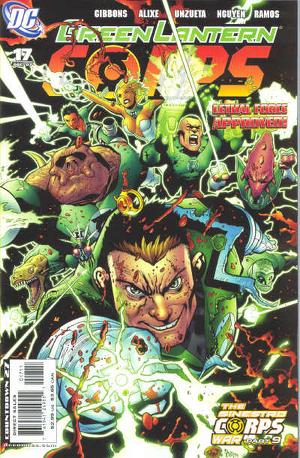 Batman gets one issue, 664, another Morrison issue. (If another story is planed to follow up Year One, it's not coming this week.) Green Lantern/Corps gets its three issues in different stories: Two issues of "The Sinestro Corps War" (in GL 24 and GLC 17; both books are at the same place in the storyline, too, which is nice) and one more issue of "Secret Origin" (issue 33). In five more weeks, Green Lantern will have caught up to itself, which, I imagine, will be like Krona trying to see the origins of the universe.

Jonah Hex seems to be cooling. Only one issue this week, the middle part of the 3-part origin story. (Or maybe DC is just testing the weekly serial thing on Jonah, since it doesn’t have the books customary done-in-ones for the moment.)

Kingdom Come gets a second issue, and Superman/Batman has also slowed to one issue this week.

This week’s freebies are the two Red Faction books, the massive DC SDCC Sampler #1 (which if I understand correctly is only available for a limited time), and the Origin of the Justice League. Might we be getting a little JLA in our future? Let’s hope.

Also, the DC Storefront hasn’t changed from last week. Given how little change there is in the publisher’s output this week, there’s no practical reason why it should, other than a desire to keep it fresh. But the week of San Deigo, I’m sure the staff has bigger fish to fry.

Other publishers: I notice free previews up of Carnivale de Robotique, Codebreakers, Dead Run and The Expendables, so you might want to check those out. Also, strangely enough, I see some Marvel (well, Icon) books available – specifically, Criminal issues 7 and 8. They’re great books, but I don’t know why they’d offer those two issues first – they’re parts 2 and 3 of the “Lawless” storyline. It’s probably a platform issue – the other issues are likely up for the iPad, etc, and either should be up on here and aren’t, or these two books shouldn’t and somehow slipped through. Three new issues of Jersey Gods are up, too – a book I’ve always intended to check out – and some more Sonic Universe issues from Archie.

Comment by Cavaliere (moderator emeritus) on July 25, 2010 at 2:24am
"In five more weeks, Green Lantern will have caught up to itself, which, I imagine, will be like Krona trying to see the origins of the universe."

I haven't yet but will be buying Green Lantern 33 and Criminal #7. I've never read any issues of Criminal before but it's written by Brubaker and I'm hoping that good sales on this series might convince Marvel to release more through ComiXology's web service. I doubt it, since Marvel has their own way of doing comics on the web, but I still hope. Also this week, I'll buy Incorruptible #5 and Mercy Sparx #2.

Comment by Rob Staeger (Grodd Mod) on July 25, 2010 at 3:21am
Criminal's great, but keep in mind you'll be getting part two. Should be fairly clear what's going on, though.

I wonder if because it's Icon, if Brubaker & Phillips can make their own deal? I'm also wondering if 7 & 8 being offered is an error, or the fact that they didn't roll out the previous six issues is the error. One way or another, someone made a mistake. I can't believe starting with part two is intentional.

But let me know if the text pieces are in the back! They're wonderful stuff, but they're not in the collections.

Comment by Rob Staeger (Grodd Mod) on July 26, 2010 at 4:35pm
Just noticed that for some reason the Red Faction books are listed under the DC imprint instead of Wildstorm if you enter the store via the "Publishers" buttons. I expect that will be fixed eventually.

I'll also be interested to see when DC decides it wants to consolidate the number of "buttons" it offers on its own page. Right now the Origin of Green Lantern, the Origin of Batman, etc., all have their own buttons. As the line expends, I expect those will consolidated into an "origins" button, and hopefully each will be available via their respective character's pages, as well. Crossovers like Planetary/Batman and Planetary/JLA should probably be treated the same way. But right now, they've got space to fill, and bigger is better.