As promised, at the end of last year, this Silver-Age Challenge covers Marvel Comics.  Frankly, coming up with ten interesting, suitably difficult, Google-resistant questions proved to be a lot tougher than I expected.  I had set my target time for posting a Marvel quiz for June of this year, roughly six months following my DC quiz, and I felt, certainly, that ten decent posers would occur to me just naturally, in my scheme of thought.

Instead, by the time May rolled around, I had only four worthwhile questions, and for the last couple of weeks, the part of my brain devoted to comics trivia has been working on overdrive.  Finally, yesterday, I came up with the last one.

As I explained in the prologue to my DC Silver-Age Challenge, to me, it’s not enough to simply gin up questions about comics trivia.  Ideally, they should be questions that, when the reader discovers the answers, they should make him think “Wow, that’s interesting!  I didn’t know that!”  Then, there is the matter of technology; a good question should be one that isn’t readily solvable by plugging it into a search engine.  I must have tossed out a dozen or so because of that consideration. 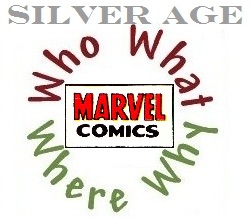 I’m not really sure why it was more difficult for me to come up with ten Marvel-related trivia questions.  I suspect, though, that it has to do with the internecine nature of the Marvel universe.  Where DC’s Silver-Age comics were segregated into fiefdoms, under different editors, over at Marvel, Stan Lee ran the whole show.  And he did the bulk of the writing for the first several years.  Because of that, he was forced to constantly revisit old ideas and spruce them up for new stories.  Few items of information were left unplumbed, and lack of reminder is the very nature of trivia.  That required me to really get down in the weeds to come up with forgotten items that met my criteria.

For those of you who came in late, or passed on the last one, here are the guidelines for tackling the quiz.  All of the questions, and the answers, germinate from the Silver Age of Comics, as I define it. So the only material that counts comes from comics cover-dated September, 1956 to December, 1968. Any answers that contradict mine and are based on information introduced before or after that period will be considered wrong.

And, of course, all of these questions have to do with Marvel Comics. 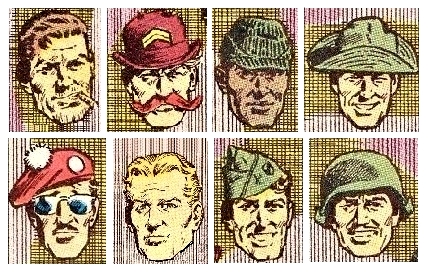 3.  On her twenty-third birthday, Janet (the Wasp) Van Dyne received her complete inheritance.  How much money did her father leave her? 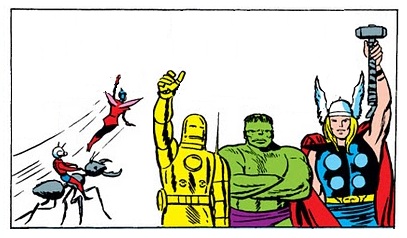 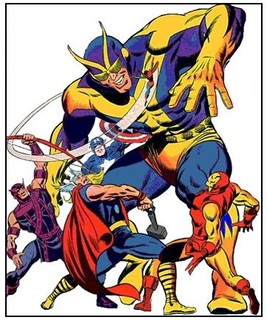 Being the sporting fellow that I am, there is no bar to researching the answers.  In fact, it will be at least two weeks before I run the answers.  That should allow plenty of time for anyone to dig out his old Marvel comics and take a shot at it.

8. Hydra's supply division was represented by a camel.

All of the other questions have either already been answered or I don't know the answer.

Ben piloted that spaceship in FF no.1, so airforce is the obvious answer.  Likewise Reed's patented (or probably unpatented?) unstable molecules are the obvious answer to any question about clothing that can deal with the stretching/shrinking/burning etc  demands of superheroic action in the Marvel Universe.

But just because they are obvious doesn't make them right.  I don't know the correct answers myself, but I'd say a lot of people are thinking this.  I don't expect any commentary on this thought until after the answers are posted.  Just saying that those two look like traps for the unwary...

Comment by Commander Benson on June 11, 2011 at 6:36am
Well, Hal, it's not a perfect group of answers, but it's not Maggie's drawers, either.  That's the most I will say right now.

Did Peter Parker and Johnny Storm go to Metro?

Is the Avengers' appearance in that one-shot, Avengers 1 1/2? (Probably not.)

I think Ben Grimm was a Marine pilot.

Pym's duds were made of unstable molecules, right?

Otherwise, I got nuttin'.

Actually, you did a little better than that.

Just for a laugh:

"Too bad we can't answer in secret so more people could play without seeing what the others thought."

It's a key bit of unwieldiness in presenting a quiz in this fashion.  And the reason why I never employed quizzes in my Deck Log before; and now that I've done one for both DC and Marvel, probably won't do another, at least for quite awhile.

Whenever a poster displays his answers, there's going to be some sort of tip-off to later players, even if it's just jogging someone else's memory.  I attempt to do a couple of things to mitigate that.

One, I remain as vague as I can in replying how well a responder did, and never reveal what answers he got correct or wrong.  I might drop a tantalising hint here and there, to spice up interest.  But otherwise, I play it close to the vest.

Two, I try to make at least one question a true knot to unravel.  Those are the kinds that inspire folks to keep at it, even if they see that someone else has beaten them to the other correct answers.  Being the fellow who came up with the right answer to the real brain-buster is more impressive than being the guy who got the other nine right.

I prefer to see folks post their answers.  I like seeing how well I put the thing together.  And I'll be honest:   I lay a few traps, too.  Not trick questions; I don't misdirect.  Every question asks for exactly what it appears to.  But I do rely on fans' common misconceptions or presumptions.  As I mentioned, one of the ones you missed, Philip, was precisely one of the ones on which I expected most folks to jump to an assumption.

My quizzes aren't meant to be something that one can solve by Googling for the answers, or running through some on-line index of titles.  When a poster gets the right answer, it should be something he can take a modicum of pride in solving, either by his own knowledge or in conducting the necessary research, as you did.

Thanks, Travis, that one I wasn't sure of the most!

Too bad we can't answer in secret so more people could play without seeing what the others thought.

Comment by Travis Herrick (Modular Mod) on June 9, 2011 at 10:11am
Well the only one I know is number 6, and Philip is right as I just read that comic last week.

Steve W replied to Steve W's discussion A Cover a Day
"These Kubert covers are really amazing. I always knew that…"
1 hour ago

Philip Portelli replied to Steve W's discussion A Cover a Day
"I don't have this one but now I want it! Kubert's take on El Diablo!"
4 hours ago