For one thing, my daughters are now of an age where they can read and enjoy them too. Harry Potter has become a family project with books- both actual and audio- in constant rotation. It’s fun to talk about the books with my eldest daughter who is reading the series for the first time. It’s a delight to see the joy on my youngest daughter’s face when she mentions that we’re reading the same book. And it’s a pleasure to watch the movie adaptation together once we’ve all finished the same novel.

On the other hand, I think I’d enjoy Harry Potter the second time through even if it wasn’t a shared experience. The Harry Potter books hold up. They hold up over time and they hold up over multiple readings. I’m reminded of why I enjoyed the books so much in the first place. And I’m discovering new reasons to appreciate J.K. Rowling.

Rowling sometimes gets a bad rap from critics. It’s almost as if they think she’s missing some intrinsic writer’s skill- “she may be popular, but she’s not polished”- yet her skills as a writer have led to the popularity of her books. There are qualities in her writing that draw you in, that keep you reading and that make you want to come back for more. Rowling is an incredible writer, much better than she’s given credit for.

Her greatest asset is the quality of imagination. This is an underrated characteristic- perhaps because it’s so difficult to define- but it’s essential in someone who is writing fantasy literature for children. She has to engage our imagination and she does so by coming up with a stream of interesting characters, new inventions and exciting scenarios. Maybe that’s why critics and parents’ councils don’t like Harry Potter- they don’t have enough of an imagination.

Rowling’s imagination is on display in her vast cast of characters. The stars of the series are clearly Harry and his two friends, Ron and Hermione. However, the books would not be nearly as interesting if it were not for all of the other characters that pass through their orbit. There’s a wonderful cavalcade of professors, like Gilderoy Lockhart, Madame Trelawney and Mad-Eye Moody. There’s a series of villains that can send a shiver down your spine such as Lucius Malfoy and Bellatrix Lestrange. There’s the remarkable collection of friends that move in and out of the story- bashful Neville Longbottom, free-spirited twins Fred and George, and bewildering Luna Lovegood. And there are many, many more. 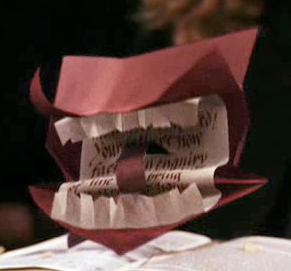 We also witness Rowling’s imagination through her constant inventiveness. It seems like every book introduces at least one new way to travel- hidden doorways, horseless carriages, flying cars, floo powder, port-keys and so on. There are always new magical creatures to take care of, some borrowed from mythology and some springing from her own imagination: dragons, mandrakes, hippogriffs and more. Yet her imagination is seen most clearly in the details: moving staircases, moving photos, howling letters and remembrance balls called remembralls.

One of the other underrated strengths of the Harry Potter series is the way in which Rowling brings magic into our world. In a way, she’s like C.S. Lewis and his Chronicles of Narnia but tenfold. There’s a memorable scene in Shadowland, the biographical movie about C.S. Lewis, in which a young boy goes searching in Lewis’ attic for the magic wardrobe. We want to believe that we can reach into the magical world, 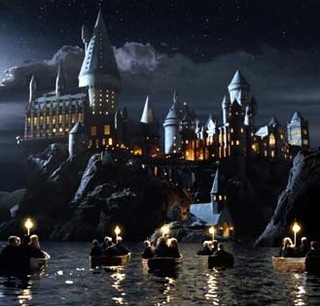 whether it’s through a wardrobe, a painting or Lewis Carroll’s looking-glass. J.K. Rowling elicits that same sense of wonder. Yet Harry Potter and Hogwart’s School of Witchcraft and Wizardry are not set in some other land. They’re part of our world. Rowling has created a sense of magic around every street corner. Any dead end could lead to Diagon Alley. The Knight Bus could come hurtling down any street. Rowling manages to make our world magical too.

The thing that I noticed this time around is that Rowling is also very skilled at the writer’s craft of planting seeds. She has a map in her head of where this series is going to go and she gives us clues. We may not recognize them when we first read them. But when we go back, we discover that, yes, she has already introduced concepts and characters in subtle ways before bringing them to the fore. The first book contains clues for the second, third and fourth. By the third book, she’s dropping clues about the fifth and sixth. For example, Cedric Diggory has a minor role in the third book before picking up a major one in the fourth. A review quoted on the inside cover of one book expressed amazement that Rowling was able to keep track of so many plots within one story. Rowling is even better than the reviewer realized. She keeps track of all of these plots over several stories.

That’s one of Rowling and Harry Potter’s other strengths. Each book manages multiple story-lines. The result is that you want to keep reading. I’m reminded of some of my favorite epics, including the Lord of the Rings. Tolkien will leave one set of characters in a precarious situation as he moves on to another set of characters. As a reader, you want to find out what happened to that character so you keep going. In the meantime, another set of characters is left in a precarious situation before you return to the first set. This cycle becomes an incentive to read more as you’re always trying to find out what happened. Rowling doesn’t switch her lead character but she does juggle multiple plot lines. There’s a main mystery and a class rivalry and a minor romance and Rowling weaves back and forth between them. That’s why books like Harry Potter can seem so addictive, why you can’t put them down. There’s always some issue that you want to see resolved before you stop for the night. If you stop for the night, that is. 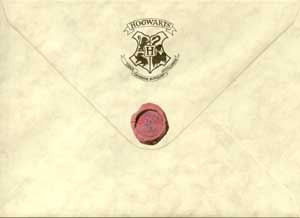 The Baron replied to The Baron's discussion List of Super-Speedsters
"Will add Yo-Yo Will add Kid Comet Maybe I'm splitting hairs , but with Blaze allen, I feel as…"
6 minutes ago

Richard Willis replied to Captain Comics's discussion Comics Guide: Nov. 28-Dec. 4, 2022
"Even though there is a fair amount of content, my scrolling reminds me that this is a "fifth…"
47 minutes ago

The Baron replied to The Baron's discussion List of Super-Speedsters
"I'll add 'em both."
53 minutes ago

The Baron replied to The Baron's discussion List of Super-Speedsters
"Good ones!"
1 hour ago

The Baron replied to The Baron's discussion List of Super-Speedsters
"Never seen any Spongebob, but OK."
1 hour ago

The Baron replied to The Baron's discussion List of Super-Speedsters
"Will add."
1 hour ago

The Baron replied to The Baron's discussion List of Super-Speedsters
"Will add."
1 hour ago

Travis Herrick (Modular Mod) replied to Wandering Sensei: Moderator Man's discussion What Comic Books Have You Read Today?
"Follow Me Down - The latest Reckless book Ed Brubaker and Sean Phillips. This lets us know what…"
1 hour ago

Jeff of Earth-J replied to Captain Comics's discussion Comics Guide: Nov. 28-Dec. 4, 2022
""The only thing that distinguished Catman from all the other Batman clones in the '40s,…"
4 hours ago

The Baron replied to Captain Comics's discussion Comics Guide: Nov. 28-Dec. 4, 2022
"In a perfect world, the Wildstorm characters would operate in their own universe, where they were…"
5 hours ago

Eric L. Sofer replied to The Baron's discussion List of Super-Speedsters
"I can think of a few. There's Yo-Yo from Agents of S.H.I.E.L.D. Kid Comet from…"
5 hours ago