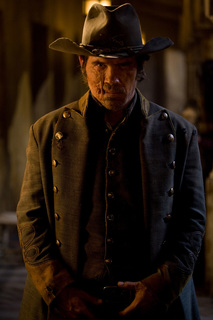 “He had no friends, this Jonah Hex. But he did have two companions. One was death itself … the other, the acrid smell of gunsmoke.”

That’s the tagline for a certain scar-faced bounty hunter who debuted in DC Comics in 1972, and premieres on the silver screen June 18. But while Jonah Hex’s first and last names both indicate bad luck, this Josh Brolin-Megan Fox vehicle could be good luck for all of us.

Currently Jonah is starring in the best Western comic book I’ve ever read, an eponymous monthly written by the team of Justin Gray and Jimmy Palmiotti, and drawn by a variety of top-drawer artists. I asked Palmiotti by e-mail to describe the character for movie-minded audiences. 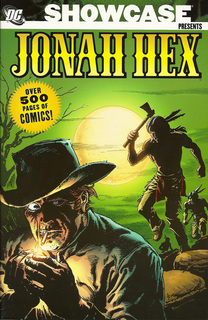 “Jonah Hex is a scarred bounty hunter set in the old West right after the Civil War,” Palmiotti said – and, Hex being Hex, he was on the losing side. That’s sort of a pattern for the star-crossed Hex of the comics, whose mother ran off with a traveling salesman and became a prostitute, who was sold into slavery at age 10 by his own father, who was scarred by the Apache for a crime he never committed, was despised by fellow Confederates for a betrayal that didn’t happen and became a lone bounty hunter feared throughout the West for his cunning, determination and sheer ruthlessness.

So is Hex a good guy or a bad guy?

“There is nothing cut and dried about the character,” Palmiotti said. “I believe him to be fair and impatient; a drunk and hardly ever charming, and holding a lot of anger and disappointment and resentment towards the human race. But overall, I think there is a fair man in there somewhere that understands the difference between right and wrong – and chooses whatever may work for him at the time. To me, he is a good guy … with a bad attitude.” 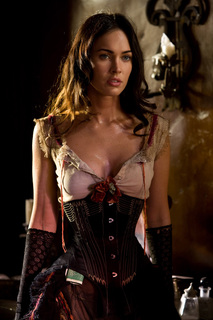 That attitude will be on display in the movie, although there will be some changes in Jonah, including a touch of the supernatural. Palmiotti said he and Gray were consulted on the film, but ultimately the movie-makers “had their job making the film and we had ours writing the book, and that was fine.”

Palmiotti is especially pleased with the casting. “Brolin was the right choice on all levels and we were very happy about that.” The Fox character, Lilah, is based on Tallulah Black, created by Palmiotti and Gray in 2007 – a scarred, revenge-minded former prostitute who briefly became Jonah’s professional and personal partner. (Fox, of course, will have fewer noticeable scars.)

“There are a lot of scenes in the movie taken from our run and used visually,” Palmiotti said. “It was pretty cool to see Jordi Bernet art come to life.”
And just in time for the film, DC has published the graphic novel Jonah Hex: No Way Back ($19.99), by Palmiotti, Gray and original Hex artist Tony DeZuniga. 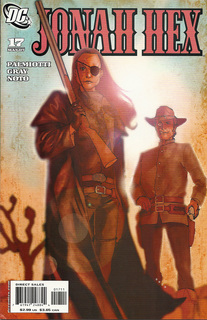 “We wrote No Way Back with the idea that a lot of new people will be picking up the books for the first time,” Palmiotti said, “so there is some introduction there and … a lot of good background on the character that the regular readers of the series can sink their teeth into. Tony did a brilliant job with it.”

A lot of Hex is available in trade paperback, including material from earlier series and virtually all of the Palmiotti-Gray run. Of that run, Palmiotti has a number of favorites, including the recent Jonah Hex #50, “an issue that across the board, fans and pros enjoyed.” (It’s a poignant Tallulah Black story drawn by fan favorite Darwyn Cooke, coming to trade paperback in October.) However, Palmiotti feels “it’s the issues that are … coming up that I think are some of the best in the series.”

The track record is already impressive. Most issues of Jonah Hex are a reader-friendly done-in-one, which also allows for a variety of artists. And Palmiotti and Gray use an innovative sub-title construction like those of silent movies, which makes for quick transitions. 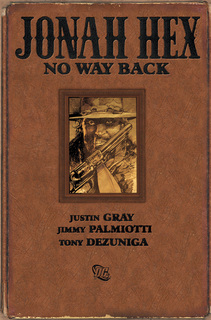 Plus, of course, they’ve got one of the greatest characters in comics, mean as a rattlesnake and tougher than old leather.

“Overall, we want to keep the regular readers happy and at the same time make the book inviting to a casual or new reader,” Palmiotti said. “So far it’s worked.”