First of all, great job.  Your book was very readable.  I started it on the flight home and finished it a couple of days later.   I liked the way that you broke down the various arguments about video games and dealt with them one at a time.  That made your book easy to follow and easy to engage.  I also appreciated that you avoided jargon as much as possible and explained it when necessary.  We have a lot in common so I knew most of the terms, but I always appreciate clear communication.  Of course, I was especially pleased to get mentioned as part of the “friends from Calvin College” and “Sunday night role-playing sessions.”  That’s always going to get you a more favorable frame of mind. 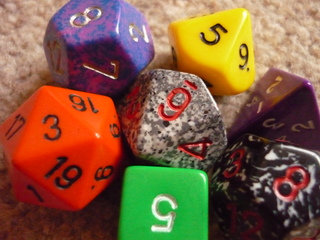 Yet the thing I appreciated the most was how much your book spoke to my own experience.  As you well know, we grew up in similar circumstances and so it was very easy to see myself in your examples.  I remember crowding around a Commodore 64 with my friends- though our favorite game was Ghostbusters.  I remember my mom freaking out the first time I played Dungeons & Dragons because of its alleged connection to demons.  And yes, I remember those marathon sessions of Super Mario Kart and Street Fighter II with you and the rest of our college crew.  Your stories and illustrations reminded me of good times (including those we had together), but also of how much I love and enjoy games.

I even downloaded a new game for my iPad after reading your book.  You may not have meant for your book to be an advertisement for the joy of video games, but it’s a welcome side effect (kind of like JRR Tolkien extolling the virtues of beer and tobacco in The Lord of the Rings).

I was struck by how much your experiences in the video game community mirrored my experiences in the comic book community.  We’re both Christians who heavily participate in newer media- in your case video games and in my case comic books.  As such, we stand at unique cultural intersections.  We represent comic books or video games to Christians and we represent Christians to gamers or fanboys.  Like you, I’ve had fellow fans snicker at my faith, even deriding me based on their preconceptions of Christians.  And I’ve had fellow believers disparage my hobby, even declaring it incompatible with Christianity.  Those negative interactions aren’t the sum of my experience, but they are a part of it.  However, my positive experiences have vastly outweighed my negative ones.  I’ve met a lot of fellow Christians through comic books, including another pastor.  Most non-Christian fans are respectful of my beliefs and even curious about them.  They don’t know too many people of faith so they can be quite fascinated, giving me the opportunity to represent Christ to them in a favorable light.  Most of my congregants are fascinated as well.  They find it interesting that their pastor has hobbies outside of the church.  It’s comforting to know that their pastor is a regular guy, even if my hobby is different from theirs.

The criticism of comic books often overlaps the criticism of video games, as well.  People are concerned about the violence and the sexualization of women.  As with video games, there is some legitimacy in those complaints.  As a Christian, I have to regularly examine my reading habits.  It’s okay to depict beautiful women and often appropriate to depict violence but I try to avoid books that are exploitative or excessively gory.  Yet, as with video games, some of the complaints arise more out of the distrust of newer media.  People project their own fears onto comic books and video games rather than evaluating them for what they really are.

My favorite section in your book was probably the one on the social aspect of video games.  There’s a stereotype of the gamer as a solitary, unsocial beast yet as you shared from your own experience, that isn’t necessarily the case.  Games can be wonderfully social experiences.  Sure, we often play by ourselves but, just as often, we play together- whether it’s huddling around an old Commodore 64 as kids or participating in the massive multiplayer games that are now available.  Video games are something that we do as a family in the Fluit house.  I often play Wii with my daughters.  That doesn’t prevent us from also playing baseball outside.  Rather, it adds to the many ways we enjoy spending time together. 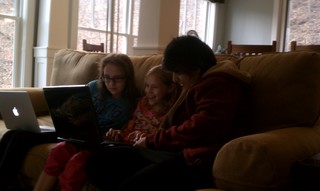 That reminds me, I also appreciated your section on the changing demographics of gamers.  My daughters play a lot of video games.  So yes, games are not just for boys anymore.  My girls love creative building games like Minecraft and Sims 3 so I was happy to see both of those mentioned in your book.  They also love shaking and moving to several incarnations of Just Dance, and have showed off their skills for a babysitter or two.  Of course, video games aren’t just for young people either.  I visit a lot of nursing homes in my vocation and many of them have installed Wii systems so that seniors can go bowling from the comfort of their walkers and wheelchairs.

Several times, you mentioned that you viewed your book as the start of a conversation rather than the end of one.  In that light, there are a few things I saw differently or would have liked to see further developed. 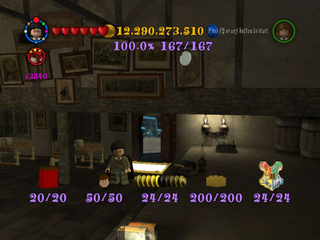 I felt like you were a little too dismissive of the sense of achievement that we can get from video games.  Sure, the final victory scene often features poor storytelling, music and graphics but I think there’s something to be said for the sense of accomplishment we gain from winning a game.  Life is complicated and a lot of our goals are long-term or subjective.  So it’s understandable that we would turn to games.  They give us a controllable environment with goals that are objectively achievable.  That achievement is ultimately hollow, as is the pursuit of any pleasure (“vanity, vanity!” declares the teacher in Ecclesiastes), yet games can give us a necessary sense of accomplishment.  It’s only a problem when our pursuit of goals within the game takes us away from our pursuit of goals in life- as you cover in your chapter on the addictive properties of video games.  But I think there’s something worthwhile in that sense of achievement- even when it comes from video games- and I wouldn’t write it off so easily. 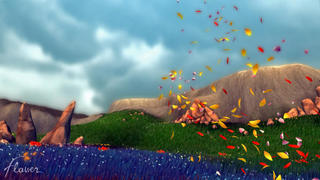 I also would have loved to see you write more about video games as an art.  That’s partly coming from the comic book fan in me.  As an enthusiast of a newer medium, I’m used to comic books being dismissed as lacking in artistic value.  Comic books have made some inroads in that regard.  One of the professors at our old college uses comic book in her introduction to communications course.  A comic book has won a Pulitzer Prize.  There’s a growing acceptance of comic books as Art.  But it’s not all the way there yet.  And I see the same thing in video games.

I remember a quote by Roger Ebert, the great film critic.  He’s somewhat notorious in comic book circles for his unfavorable view of comic book films.  Ebert was once asked if comic books were art.  He answered, “No,” and then asked derisively, “What’s next?  Video games?”  My response is “Yes.  Of course they are.  The best video games clearly rise to the level of art.”  Final Fantasy can be admired for its sheer beauty.  Flower, which you wrote about in your book, is simply gorgeous.  The interactive stories in Everquest or Star Wars: Knights of the Old Republic can be as complex and rewarding as any novel.  But what I really liked about your book is that you initiated the idea that if video games are art, then they must be judged by the unique criteria of their particular medium instead of being measured against the standards of another form.  Video games are not novels or movies or paintings though they have elements in common with each of them.  A video game can have sparse graphics or a simplistic story but still be great because of its interactivity.  Video games are a uniquely participatory medium with their ability to let you create and tell the story.  That should be celebrated and enjoyed and, when done especially well, heralded as Art.

Congratulations on a great book.

(Kevin Schut is a professor of media at Trinity Western University in Langley, BC, Canada.  His book Of Games & God: A Christian Exploration of Video Games is available from Brazos Press.  And, if you couldn’t tell, Kevin and I are good friends.   We attended Calvin College together and played a lot of games.)

Great letter review, Chris! I especially liked the part about evaluating art forms by the standards of their own medium, rather than trying to compare apples to oranges, as so many critics do.