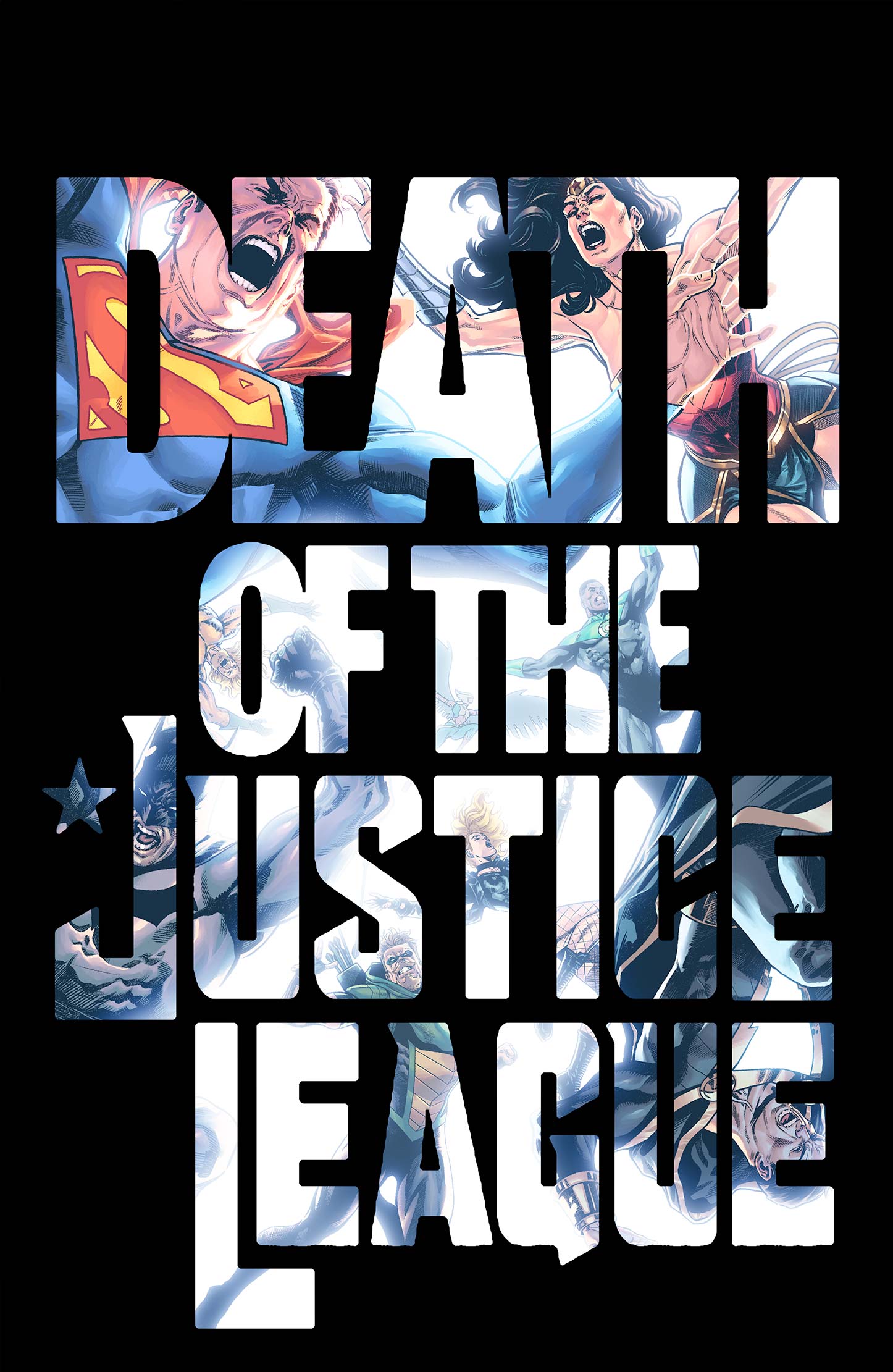 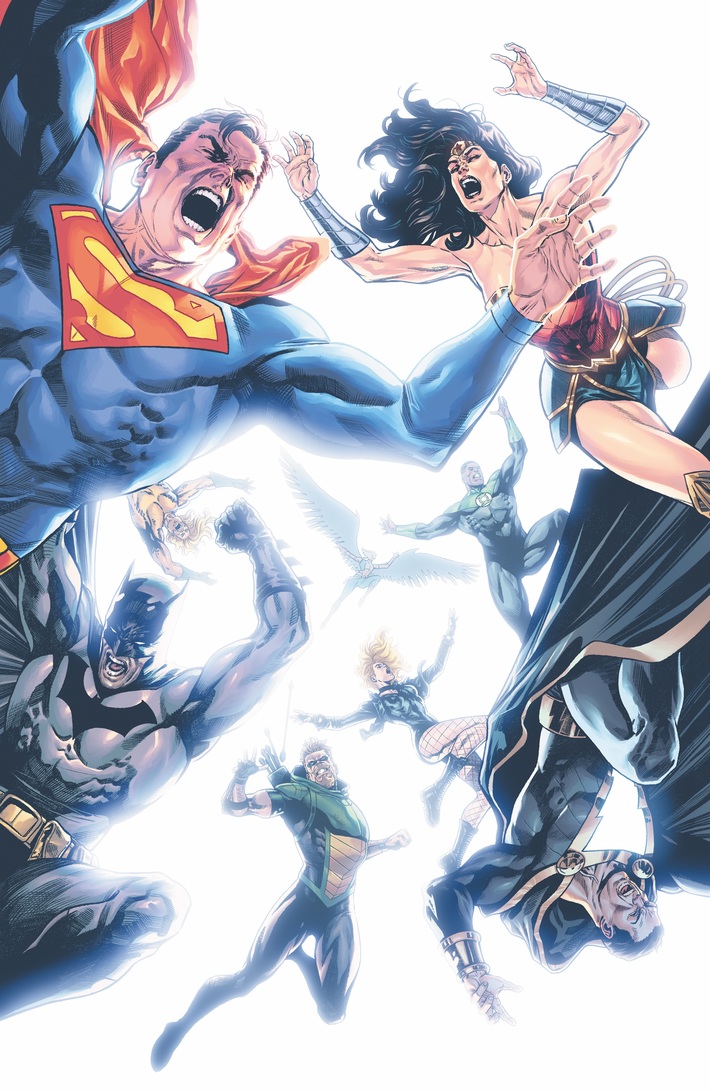 The Death of the Justice League is only the beginning of the story. Superstar writer Joshua Williamson (BATMAN) and artist Rafa Sandovel (THE FLASH) bring you the beginning of the next big DCU event starting in JUSTICE LEAGUE #75, available at local comic book shops and participating digital retailers on April 19!

“We've been building to the Death of the Justice League for the last year across the main line,” said Williamson. “I remember buying DEATH OF SUPERMAN 30 years ago and now we have an opportunity to take that idea and go bigger with it. JUSTICE LEAGUE #75 allows us to showcase why the Justice League are comics' greatest heroes as we show the aftermath of the loss against their biggest threat ever and its impact on the DCU.”

A new  Dark  Army  made  up  of  the  DCU’s  greatest  villains  has  formed  on  the  edges  of  the  Multiverse and the best and most powerful heroes are pulled together in an epic war to push the darkness back. In the end, the Justice League are killed by the Dark Army with only one survivor to warn the remaining heroes of Earth about what is coming for them!

“Being able to draw the Justice League is always exciting, they are just the greatest superhero team of all time,” said Sandoval. “We will see a great evil coming out of the darkness and more dark characters that will be revealed very soon. This book is just the starting point and fans do not want to be left behind and miss what is going to happen.” 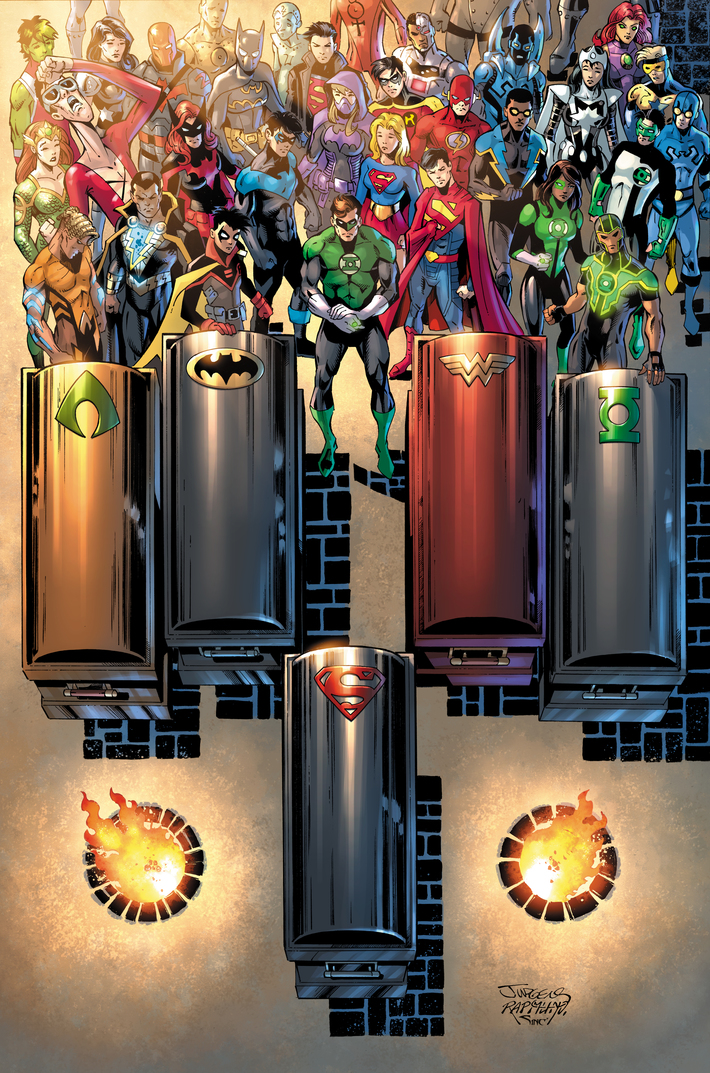 In addition to the main special acetate cover featuring artwork by Daniel Sampere and Alejandro Sanchex, JUSTICE LEAGUE #75 will feature an extensive variant cover program to celebrate the final issue of the series. Some of the top names in comics, including Alex Maleev, Dan Jurgens & Norm Rapmund, Mikel Janin, Tony Harris and more, have contributed variant covers.

“After working with Rafa on THE FLASH and seeing the amazing work he did on HAL JORDAN AND THE GREEN LANTERN CORP, I knew that he excels at big cosmic battles while also finding those emotional moments between the characters,” said Williamson.

“I was lucky to work with Josh on THE FLASH and it was one of the most fun times of my career,” added Sandoval. “He has always given me freedom to work and does not set boundaries to my creativity. When I draw Josh's scripts, I always get reminded of why I wanted to become a comic book artist years ago.”

The supersized 48-page issue will be available at local comic book shops and participating digital retailers on April 19.

That is a rousingly optimistic perspective, Rob. You've convinced me to put my cynicism in abeyance and see what comes next. As you say, when you take away the normal, strange things grow in that void. Most of it will be weeds, but some of it might be amazing.

Well, in one sense, of course, whatevs: We know they won't stay dead.

In another sense? I'm looking forward to what the DCU does in their absence. I'm curious to see which heroes step up, how villains adjust, and what happens the DCU in general. When the Justice League broke up in the 80s, we got JLI and Suicide Squad -- we spent the better part of a decade without the main Justice League active. And when the Image creators took over some Marvel characters for a while, we got to see the Thunderbolts step up. Both experiments eventually reverted to form -- the Marvel heroes returned to the Marvel Universe, and Grant Morrison got the classic JLA back together. But some of the things that grew in their absence had staying power. It'll be interesting to see what comes out of this "death"... and of those things, what lasts.

Constant resurrection was such a joke in X-books that they incorporated it into the storyline!

ClarkKent_DC replied to Steve W's discussion A Cover a Day
"People in comics are ALWAYS worried about secret identities."
20 minutes ago

ClarkKent_DC replied to Jeff of Earth-J's discussion Swamp Thing
"It would take an even more horrific, ironic turn for Liz. "
1 hour ago

Jeff of Earth-J replied to Captain Comics's discussion This Week in Comics: May 16-22, 2022
"You're welcome. Another "homage alert" also shipping this week:"
3 hours ago

Jeff of Earth-J replied to Jeff of Earth-J's discussion Swamp Thing
"ISSUE #21 - "The Anatomy Lesson" Prior to the Absolute edition, my favorite version of…"
3 hours ago

Jeff of Earth-J replied to Jeff of Earth-J's discussion Dark Shadows
"You went from 580 to 281? Did you and Kathy hold a seance? "
3 hours ago

Jeff of Earth-J replied to Steve W's discussion A Cover a Day
"Dave's Peter Pan cover reminded me of this one (for some reason)..."
3 hours ago

Dave Palmer replied to Steve W's discussion A Cover a Day
"Another comic book from Wendy’s  Actually, I think Peter looks too old."
4 hours ago

JD DeLuzio replied to Steve W's discussion A Cover a Day
"In Kung Fu #11, the stories, they went for a Billy Jack cover: Also, did the Man-Gods comes from…"
5 hours ago

Richard Willis replied to Steve W's discussion A Cover a Day
"People are shooting at you and you're worried about secret identities???"
8 hours ago