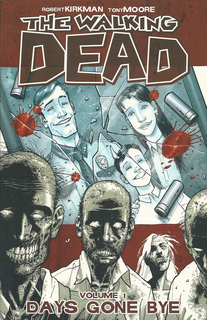 The zombie as a concept arose in West Africa, and shambled from there to the Caribbean through the slave trade, where it was folded – along with other West Africa religious concepts and rituals, Caribbean faiths and Roman Catholicism – into what we call voodoo. And for a long time, virtually any story involving zombies was set in Haiti or otherwise involved voodoo.

Take, for example, White Zombie, the 1932 Bela Lugosi movie, which is considered the vehicle by which “zombies” as a word and a concept entered the popular imagination. It was set in Haiti, where a native witch doctor turned a beautiful blonde into a zombie for nefarious reasons. (SPOILER: She was rescued.)

White Zombie was released during the same era that gave us Frankenstein and Dracula (1931), The Mummy (1932), King Kong (1933) and The Wolf Man (1941). But while those classic monsters became popular enough to become virtual genres unto themselves, the zombie languished in his or her grave. I don’t suppose anyone’s ever researched why, but my guess is that the Haiti locale for zombie stories constrained screenplays too much. (Also, White Zombie was a genuinely terrible movie.)

But while zombies lay unmoving on screen, they lived on – or un-lived on, I guess – in comics. Until the Comics Code of 1954 decapitated the horror genre, there were zombies galore in comics with titles like Skeleton Hand, Strange Tales and Forbidden Worlds. Those stories sometimes used the Haiti connection, and sometimes didn’t, and quite often made very little sense at all. (Many of those stories appear to have been written by meth-addicted monkeys, but we’ll never know, as writing credits didn’t begin appearing in comics until the early 1960s.) 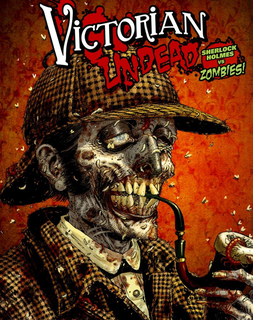 Yes, there were also vampires, werewolves, giant apes, ghouls and every other conceivable kind of monster in pre-Code horror comics. But that was true of movies, books and TV as well, which seemed to use everything except zombies. So if you wanted to sink your teeth into a zombie story before 1954, you pretty much had to read comics.

And even the Comics Code didn’t kill the zombie (naturally). The undead shambled forth again in Marvel Comics, first as “zuvembies” in the 1970s – the Code forbade the word “zombie” until recently – in series like “Brother Voodoo” and Avengers (the voodoo villain Black Talon). And from 1973 to 1975, Marvel avoided the Code altogether by publishing 10 issues of a black-and-white magazine called Tales of the Zombie, which starred voodoo-cursed Simon Garth, a dead guy who followed the orders of whomever held the Amulet of Damballah.

Then in 2005 a fellow named Robert Kirkman wrote a mini-series called Marvel Zombies, about an Earth identical to Marvel-Earth where all the superheroes had become living dead – and ate, essentially, the whole population. This exploded into a series of miniseries – perhaps on the strength of the anguished Spider-Zombie, who felt really guilty about eating Mary Jane and Aunt May. And now the “Zombieverse” is a part of the Marvel Comics canon, forever threatening to invade “our” Earth.

But while Marvel carried much of the zombie load for years, I don’t mean to leave out other publishers, who have contributed their own undead by the score. For example, Zombies vs. Robots (published by IDW) launched in 2006. Jesus Hates Zombies (Alterna Press) arrived in 2007. In 2009, Pride and Prejudice and Zombies was adapted to comics (Quirk), accompanied by Super Zombies (Dynamite) and Victorian Undead: Sherlock Holmes vs. Zombies (WildStorm). Zombies vs. Cheerleaders arrived in 2010, while 2012 gave us Fanboys vs. Zombies (Boom!), Nazi Zombies (Antarctic ) and New Deadwardians (Vertigo). 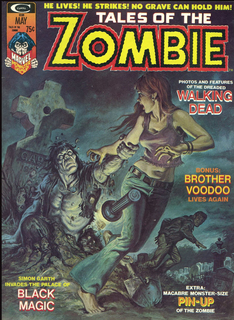 And that’s not even considering the grand-daddy of the zombie wave in comics, The Walking Dead. Writer Kirkman, a long-time zombie movie fan, had always wondered what happened in zombie apocalypse movies after the credits rolled, and set about writing it in a black-and-white comic book with a tiny press run in 2003. Apparently a lot of readers wondered the same thing, because The Walking Dead exploded. TWD has almost become its own industry, dominating the graphic-novel sales charts, giving AMC its biggest hit and launching a jillion apocalypse stories, both in comics and on TV, with zombies and without.

But comics alone didn’t keep the zombie alive. Or un-alive. Credit where it’s due: The zombie would still be a niche monster if it hadn’t been for director George Romero. His 1968 movie Night of the Living Dead separated the zombie from Haiti, giving it a new origin as a creature that can spontaneously occur anywhere, usually from some sort of unexplained pandemic. He also gave academics something to chew on, by using the zombie as a metaphor for social ills.

But even so, it’s still comic books where the biggest undead hordes reside. After you’ve digested World War Z, shamble to your nearest comic shop, and feed your inner zombie.

Great write-up. The term "zuvembie," incidentally, came from Robert E. Howard's short story, "Pigeons from Hell," famously adapted in the 1960s as an episode of the Thrilller anthology series (hosted by Boris Karloff, and the basis for Gold Key's Boris Karloff's Tales of Mystery). Howard created his own voodoo creature, similar to a zombie, but with unique characteristics of its own, so he called it a "zuvembie." Marvel took the term from there, and the rest is history.

Good to know, JD! I had never even wondered where the term "zuvembie" came from; I just assumed a Marvel writer had dreamed it up. And I can't tell you how many comics adaptations of Pigeons from Hell I've read, and never made the connection. Thanks for the info!

Well, I know that both Dark Horse and Eclipse have adapted the story, so at least twice! Other companies may have done adaptations as well. Howard's handling of race is, uh, problematic, but overall "Pigeons" holds up as a horror story.