After I stopped giggling, I scrolled through the suggestions on the drive, and found that quite a few had merit. Some, in fact, I had meant to recommend anyway. 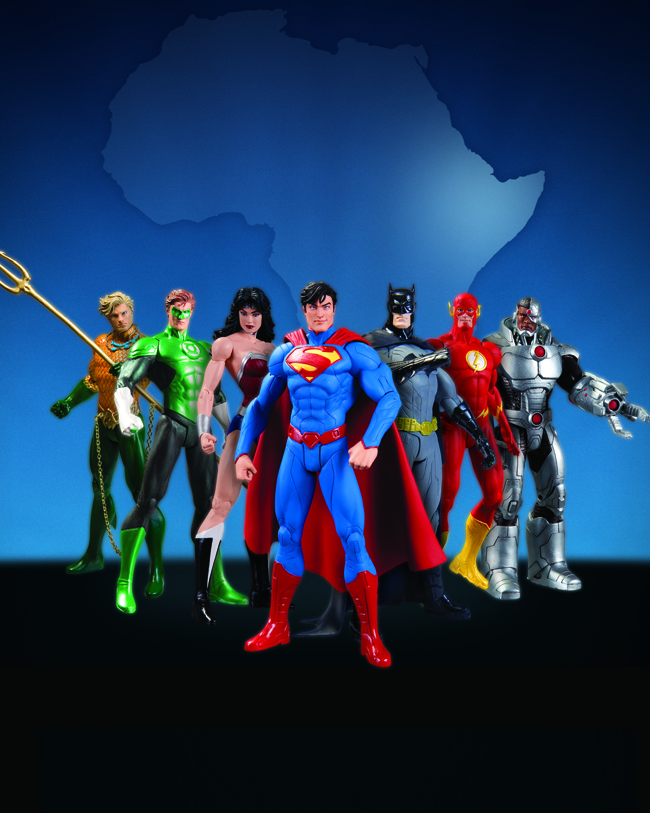 One such is the “We Can Be Heroes Justice League Action Figure Box Set.” What’s significant about this set of the seven founding Justice League members (as of the new origin in 2011) is not how spiffy they are, but that part of the purchase price will benefit efforts to relieve drought suffering in the Horn of Africa. Ten dollars of the admittedly high purchase price (officially $99.95, but cheaper at various online outlets) goes directly to the “We Can Be Heroes” campaign.

Which is not to say the figures aren’t spiffy, because they are. The set features Aquaman, Batman, Cyborg, Flash, Green Lantern, Superman and Wonder Woman, rendered as detailed and articulated PVC action figures.

The thumb drive also featured a “Sandman” section with several options, and as luck would have it, there was one item already on my “to recommend” pile. That would be the recently released The Annotated Sandman Volume Two ($49.99), containing more than 500 pages reprinting and commenting on Neil Gaiman’s classic The Sandman #21-39. The annotations are by Leslie S. Klinger, who has done similar annotated works on Dracula and Sherlock Holmes, buttressed by hours of interviews with Gaiman. If you’re of a literary or intellectual bent, this is the perfect way to enjoy Gaiman’s epic – or re-enjoy, if you’ve already read it once or twice, as I have. 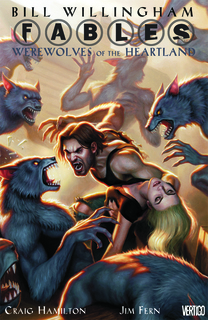 Scrolling down, I found the Fables section, books and such based on Bill Willingham’s wonderful Vertigo series posited on fairy-tale figures living quietly among us, growing stronger or weaker dependent on our belief in them. And sure enough, I had already planned to address two Fables-related books.

One is Fables: Werewolves of the Heartland ($22.99), which debuted at #1 on the New York Times’ Hardcover Graphic Books best-seller list on Dec. 1. Written by Willingham himself, the story features fan-favorite character Bigby Wolf (Bigby, a.k.a. Big B., or “Big Bad”) searching rural America for a new site for Fabletown, whose New York City location was recently destroyed. He runs across Story City, Iowa, a town completely populated by werewolves – yes, werewolves, and they’re related to Bigby in a surprising way. Plus, they revere him as a god. But gods are sometimes sacrificed, and Bigby finds out he’s in for the fight of his very long life. (Incidentally, Story City, Iowa, really exists, but whether it’s entirely populated by mythical shapeshifters I can’t say. Besides, how would we know?) Also on the Fables list is the first collection of the spin-off series Fairest, featuring the many lovely ladies of folklore. Fairest Volume 1: Wide Awake ($14.99) collects the first seven issues, the first six of which stars Sleeping Beauty, a.k.a. Princess Briar Rose, in a story by Willingham and drawn by Phil Jimenez. Not only do we learn Briar Rose’s history (and the nature of her curse), but somehow both she and the deadly (but also ensorcelled) Snow Queen are awakened by “love’s true kiss” from Ali Baba, Prince of Thieves. So what does “love’s true kiss” mean, anyway? And which will Ali choose – and once chosen, will the “lucky” maid want to have anything to do with a professional thief? Or will the cranky Snow Queen simply kill them all?

It’s an amusing six-part story full of twists and turns, plus the sociological musings for which Willingham is known. The book ends with Fairest #7, a one-off by Matt Sturges and Shawn McManus starring Beauty and the Beast, set in the 1920s and revealing a disturbing secret about their relationship. (We all knew something weird was going on, didn’t we?) All in all, Fairest Volume 1 is everything I’d hoped it would be.

There’s plenty more I wish had time to mention, like the V for Vendetta Book and Mask Set ($24.99), the Dark Knight Rising Batman vs. Bane statue ($299.95), the DC Cover Girls statues of Wonder Woman and Catwoman ($99.95 each) and the new Totally Mad collection ($34.95). But you can take a look online yourself, if your pocketbook can take it. 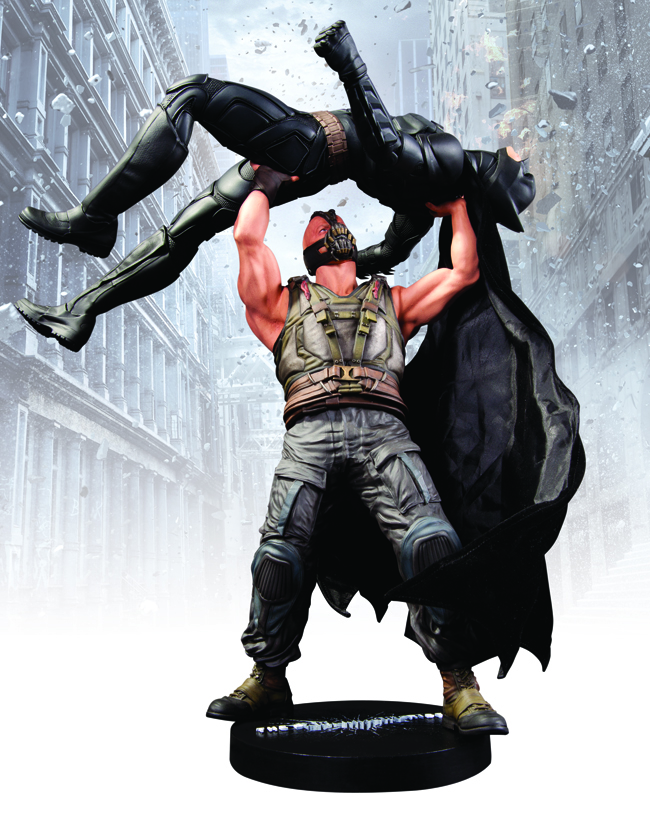 And if you want a Batman thumb drive of your very own, it turns out they’re for sale, too. In fact, I found not only Batman, but Dark Knight, Flash, Joker and Superman thumb drives at thinkgeek.com, among other places. Seriously, how can you resist?

3. Fables: Werewolves of the Heartland features the Big Bad Wolf vs. his own progeny. Copyright DC Entertainment