We’re entering the home stretch on the holiday season, and I’ve yet to scratch the surface on potential gifts for the beloved geeks among us. Here are some more: 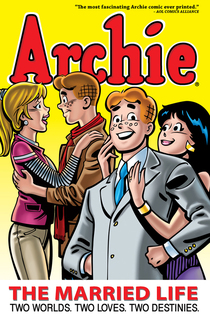 * Archie Comics has been aggressively pushing the envelope the last few years, and one of the biggest headlines was when it posited two futures for Riverdale’s favorite redhead, one in which he marries Betty and another in which he marries Veronica (collected last year in the Archie Marries … hardcover and The Archie Wedding: Will You Marry Me? trade paperback). Those twin stories have continued in the new Life with Archie magazine, which are also being collected, and the first TPB of those tales has hit the bookstores.

Like the magazine, Archie: The Married Life Vol. 1 ($19.99) alternates between “Earth-Veronica” and “Earth-Betty”. I find this a little disorienting on first read, because there are enough similarities in both universes as to cause occasional confusion as to which alternate future you’re reading about. (In both, for example, Veronica’s father is up to something nefarious, and in both Midge Klump dumps the hot-tempered Moose Mason and marries Jughead.) The simple solution there, of course, is to simply read the stories from each “Earth” successively, not alternately. Problem solved.

And it’s worth the effort, because this is really fun stuff. OK, “fun” as in: Wow, this is grim. It’s the same old Archie, blundering through one problem after another, only now those problems are serious grown-up stuff like money problems, marital friction, death and unemployment. If that sounds terrible, it’s not -- I discovered that my love for the Riverdale gang is just as strong as it was in my teens, and I’m eager to see how the qualities that made me love them then (loyalty, courage, clumsiness, etc.) will help them beat the big, bad world outside the safe confines of Riverdale High.  Because you know they’ll win: It’s Archie!

It’s also fun to see the characters finally grow. Jughead falls in love, Mr. Weatherbee courts Miss Grundy, Moose takes anger-management classes, Dilton becomes … well, we don’t know about Dilton yet, but it promises to be good. There are hints that in both universes that Dilton the grown-up scientist has become aware that the universe is actually a multiverse, with different dimensions containing every Archie story ever written, no matter how contradictory, from spy spoofs (Man from R.I.V.E.R.D.A.L.E.) to superhero spoofs (Pureheart the Powerful). Now Prof. Doiley is lurking in the background, orchestrating events. But to what end?

Perhaps we’ll find out in Vol. 2. In the meantime, Archie: The Married Life Vol. 1 is an excellent read, abetted by top-flight superhero creators like Norm Breyfogle, Paul Kupperberg and Michael Uslan. 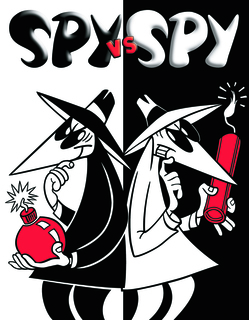 And speaking of things most of us grew up with, DC Comics has just released the Spy vs. Spy Omnibus ($49.99), containing every single cartoon of that name by creator Antonio Prohias for MAD magazine.

And as much as this book functions as a “Spy vs. Spy” collection, it’s also a celebration of Prohias, who fled Cuba after Fidel Castro took a strong dislike to his editorial cartoons. Finding safe haven among “the usual gang of idiots” in New York, Prohias turned his political experiences into one of the most beloved and long-running gags at MAD. So, located amid the shenanigans of the white-coated Spy and the black-coated Spy (and occasionally the female gray-coated Spy) are behind-the scenes artwork, Prohias family photos and essays on the great man by his friends and contemporaries, like Art Spiegelman and Sergio Aragones.

It’s a comprehensive and beautiful package, well worth the $50 (“cheap!”).

Another comprehensive package is going to take a bit longer to collect: the complete “Peanuts” library from Fantagraphics. Dedicated to collecting Charles M. Schulz’s beloved comic strip chronologically, Fantagraphics is releasing two books a year, with the project slated to finish in the next decade or so. 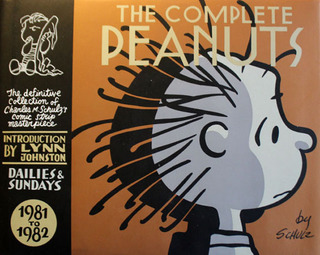 While the entire collection isn’t practical as a holiday gift, a couple of those books might be. Especially since pairs are released in boxed sets – after their release as “singles” – for $49.99. Currently the collection has progressed to the early 1980s, where the strip is at its peak, with beloved late-comers like Woodstock and Peppermint Patty already aboard, replacing some of the earlier, mostly forgotten characters like Violet and Shermie.

...Captain , precisely what issues of LWA:TML does the Arcie World: Riverhitched TPB collect ?