Still looking for the perfect gift for the geek in your life? Here’s our third and last round of suggestions:

* Supergods: What Masked Vigilantes, Miraculous Mutants, and a Sun God from Smallville Can Teach Us About Being Human by Grant Morrison (Spiegel & Grau, $28) is a book that’s as hard to categorize as its author. 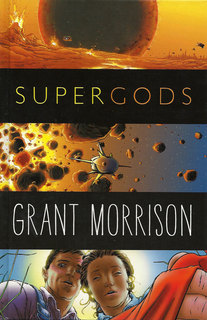 Morrison has succeeded critically and financially in the comics world with his eclectic writing, which combines a healthy love for superheroes, an unbridled imagination, fierce intelligence and a comprehensive literary background. In Animal Man, he wrote himself into the story and made the lead character aware that he was in a comic book. He wrote Doom Patrol as a surreal, Dadaist fantasy with a transvestite street, nightmarish men made of scissors and a painting that swallowed Paris. He put Batman through a chemical-induced mental breakdown that incorporated many of the weirdest, mostly ignored stories from the character’s 72-year history. And he wrote a love letter to the Man of Steel called All-Star Superman which many consider the ultimate statement on the character, and has already been made into an animated movie.

Now comes the book Supergods, which is a sort-of history of comics, a sort-of Morrison biography and a sort-of meditation on the underlying meaning of superheroes, spirituality, magic and the human journey. And it’s clear that this Scotsman has pondered more about American pop culture than most Americans.

But he also brings the wealth of a UK education, readily making references to everything from old English kid-lit to ancient Roman philosophers. And when Morrison wasn’t sending me to Google to look those up, he was dropping words that required me to dust off the dictionary.

Comics fans have always yearned for their little hobby to be taken seriously. We may not have the words for it, but we know there’s a wealth of psychological, social and philosophic elements behind the capes and cowls of our super-powered vigilantes just waiting to be mined (and explained to us). Recent years have seen steps taken in that direction, with the advent of university classes on Alan Moore’s Watchmen and a raft of academic books about comics. Now Morrison has taken that effort a quantum leap forward, giving us a book that offers erudite analysis leavened by genuine affection for the superhero genre. It’s a smart read, but also a fun one. 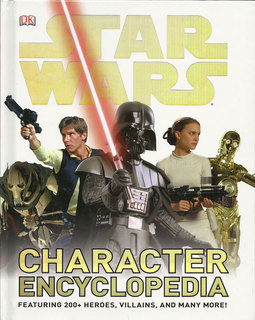 Meanwhile, two classy coffee-table books have been released just in time for the holidays by DK Publishing for the Star Wars and movie-monster fans lurking among us.

* The Star Wars Character Encyclopedia ($16.99) is exactly what it says it is, a book featuring brief curricula vitae of more than 200 characters from the film series. It begins 2-1B (a surgical droid) and ends with Zuckuss (a Gand bounty hunter), with entries for both specific characters and generic representatives of various races.

Each page depicts a single character, with short lists, biographies, descriptions – whatever is appropriate – plus important weapons or alien appendages pointed out for special mention. For new fans it’s a colorful compendia of exciting possibility; for veterans it’s a handy reference for the name of that droid that’s on the tip of your tongue. It’s not comprehensive or deep – it mainly hits the highlights – but there are other books for that. 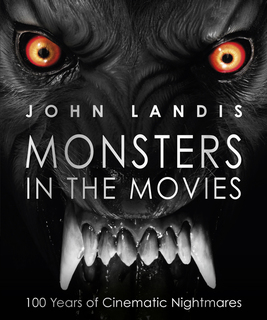 * The other glossy tome is Monsters in the Movies ($40), an affectionate collection of evil selected by popular filmmaker John Landis (Animal House, An American Werewolf in London). Landis explains in the foreword that these are his favorite monsters, not a comprehensive list of them, but never you mind – chances are his favorites are yours, too.

Landis breaks the book down into 15 chapters, each devoted to a category of killer. Each chapter begins with a one-page overview of the topic at hand, usually containing both explanation and history, followed by pages of pages of things that go bump in the night. Each page is a montage of movie stills – lots of stills, because as a fan himself Landis knows what we want – with extended explanatory captions.

Despite Landis’ disclaimer, I didn’t notice an obvious lack of any of the monsters I know, and learned about a bunch I’d never met. Now that Monsters in the Movies has alerted me to their existence, I want to track down their movies and indulge in a little scary fun – after I stock up on wooden stakes, silver bullets and , of course, a bigger boat.

Nice picks, Cap.  I certainly wouldn't mind getting some of these.