Perhaps I could turn our attention to CHARLTON COMICS which published a large number of comic-book genres between 1944 and 1985.

The company was known for its low-budget practices, often using unpublished material acquired from defunct companies and paying comics creators among the lowest rates in the industry. Charlton Comics were also the last of the American comics to raise their price from ten cents to 12 cents in 1962.

It was unique among comic book companies in that it controlled all areas of publishing—from editorial to printing to distribution—rather than working with outside printers and distributors as did most other publishers. It did so under one roof at its Derby headquarters.  During its life it published at least 382 series and a total of 6499 comic books. Amongst many other titles, CAPTAIN ATOM was a perennial favourite. Cover art here by Steve Ditko. 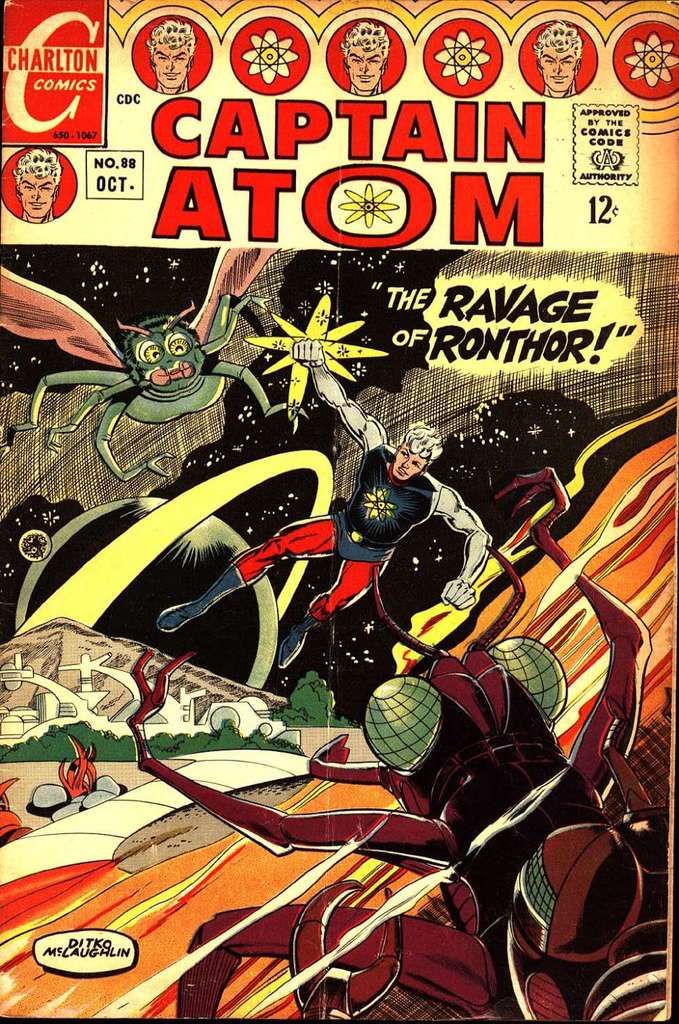 One of Charlton's most popular post-Wertham publications was NYOKA THE JUNGLE GIRL. Nyoka managed to look both pretty and feminine without looking overtly sexy, and thus avoided censorship by the Comics Code (unlike many of her competitors).  Artwork here (Sept 1956) by Maurice Whitman. 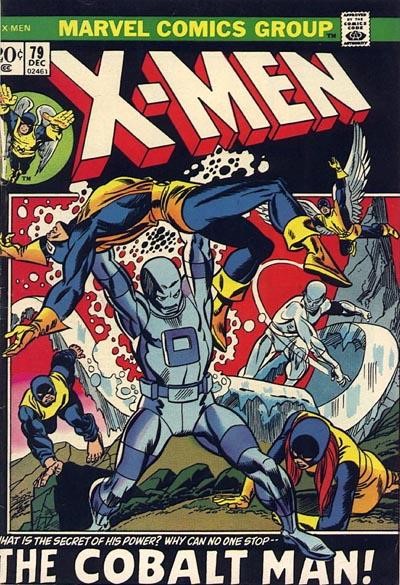 My final CHARLTON contribution is Strange Suspense Stories #17, published just one month before the Senate hearing into juvenile delinquency. Subsequent covers were toned down, but SSS continued to run for another 13 years. The Simon and Kirby studio did Charlie Chan for Prize in 1948-49 (cover-dates). Kirby did the covers, and Carmine Infantino and Dick Briefer drew some of the stories. The Charlton series appeared in 1955-56, but it continued the Prize series's numbering, so it's a fair guess the issue with the Kirby cover was partly or wholly an inventory one. The cover illustrates the text story.

Charlie Chan titles were also published by DC (The New Adventures of Charlie Chan, 1958-59) and Dell (1965-66). The DC title was edited by Julie Schwartz, and handled by John Broome and Sid Greene. The Dell one was drawn by Frank Springer.

A newspaper strip drawn by Alfred Andriola appeared in the late 30s/early 1940s.

Nyoka was a Republic movie serial character. Fawcett licensed the character. She appeared in Master Comics and her own title. The initial stories in Master Comics were serials drawn by Jack Sparling. A cartoonier style was used on the strip subsequently.

Charlton's title came out over a couple of years, but not on a monthly schedule. The series started off with Fawcett reprints, then switched to new stories.

I forgot Fawcett started off with a one-shot adaptation of second one, Perils of Nyoka, but titled it Jungle Girl after the first serial. Fawcett did a number of movie adaptation comics.

I've seen Perils of Nyoka named as a major influence on Raiders of the Lost Ark, but I can't say whether that's true. (There was so much jungle fiction, and I know so little of it.) Indy's costume was apparently modelled after Charlton Heston's in Secret of the Incas, and the bolder scene was reportedly a homage to an Uncle Scrooge story.

I've read Spielberg based Indiana Jones on Humphrey Bogart and told Harrison Ford to watch The Treasure of the Sierra Madre before filming started to get an idea of his personality, but that's a lousy film to base a heroic character on, considering he goes crazy in that movie and shoots his partner.

Interestingly the DVD (and VHS I used to own) of the second serial calls it Nyoka and the Tigermen.

According to Wikipedia that was a re-release title.

Dial B for Blog says the Raiders opening combined elements from two Uncle Scrooge stories, "The Seven Cities of Cibola: and "The Prize of Pizarro".

“Let me tell you the story of the space viking, Thor Odinson…”Watch the brand-new trailer for Marvel Studios’ Thor: Love and Thunder and witness it only in t...
22 minutes ago
0 Comments 0 Likes

Captain Comics replied to Wandering Sensei: Moderator Man's discussion What Comic Books Have You Read Today?
"I remember that Fantastic Four #50 wraps up the Galactus part pretty quickly, and then it's on…"
40 minutes ago