Well, we've already had a cover featuring Texas, so I guess I'll just add a count for California too.

Having lived in California since I was 4, I'll jump in here. California was never a separate country.* Zorro should be counted as Mexico because it was part of the large territory sold (under duress) to the U.S. in 1848 after the war with Mexico. The Alamo cover was when Texas rebelled against Mexico. When the Alamo fell in 1836, Texas was still part of Mexico. Later that same year, Texan rebels defeated the Mexican army and became an independent country. After much political back-and-forth, Texas was admitted as a U.S. state in 1845.

*The flag of California recalls the flag of the Bear Flag Revolt, which aspired to create a separate nation of California at the same time as the outbreak of the war between the U.S. and Mexico. The state flag still says "California Republic" even though there never was one. The grizzly bear on the flag. sadly, was hunted to extinction in California though it lives on in other areas of North America. The "lone star" flag of the state of Texas has no wording and is the same one as when it was a separate country.

So my counts for California and Texas should both be consolidated into the total for Mexico?  I'm a Brit, and wouldn't have dared to assumed this.  I guess I can trust a Californian to speak for that state, but what about Texas?

As far as covers representing specific real sub-Saharan African nations are concerned, I've been doing some searching without much success.

I’m not a Texan, so I have no horse in this race. Wikipedia tells us that the Battle of the Alamo lasted from February 23 to March 6, 1836, and that the Republic of Texas declared its independence from Mexico on March 2, 1836.

Maybe someone better versed in the history of Texas can help us out here.

Either way, it wasn’t the US.

I guess it was officially a separate country when it declared independence, since we say the USA was a country because it said so in 1776, even though the Revolutionary War continued until 1783 (and we weren't fully independent until the end of our War of 1812).

I’m not a Texan, so I have no horse in this race. Wikipedia tells us that the Battle of the Alamo lasted from February 23 to March 6, 1836, and that the Republic of Texas declared its independence from Mexico on March 2, 1836.

Maybe someone better versed in the history of Texas can help us out here. 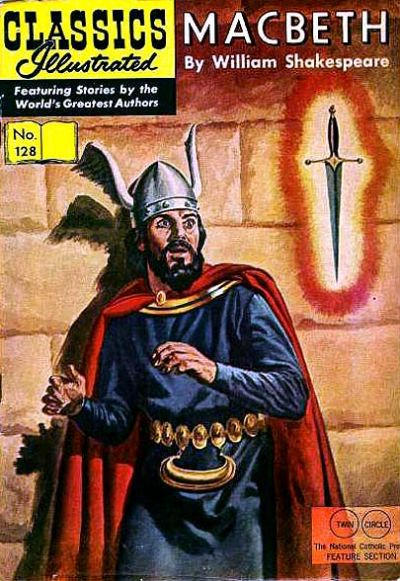 Here's an odd one. Donald is apparently fighting for the Roman army against Scotland at Hadrian's Wall.

According to GCD: "A gnome's wishing stone sends Donald and his nephews back in time to Hadrian's Wall." (Donald Duck #107((MAY66) NOT a Carl Barks story. 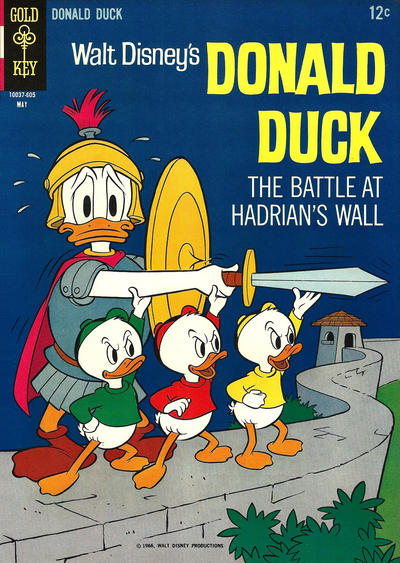 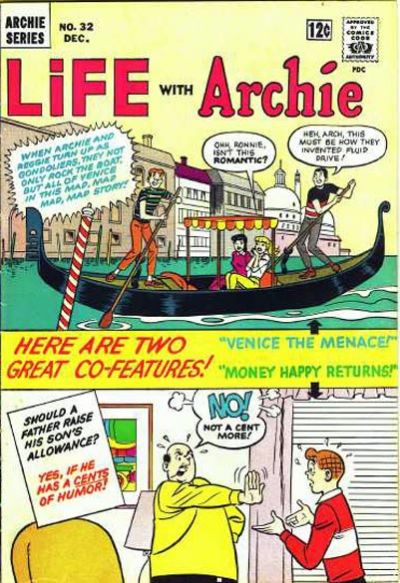 And this cover by John Romita that is just a little bit off.  Bonnie and her beau are way out of proportion to the tiny gondola they are in. 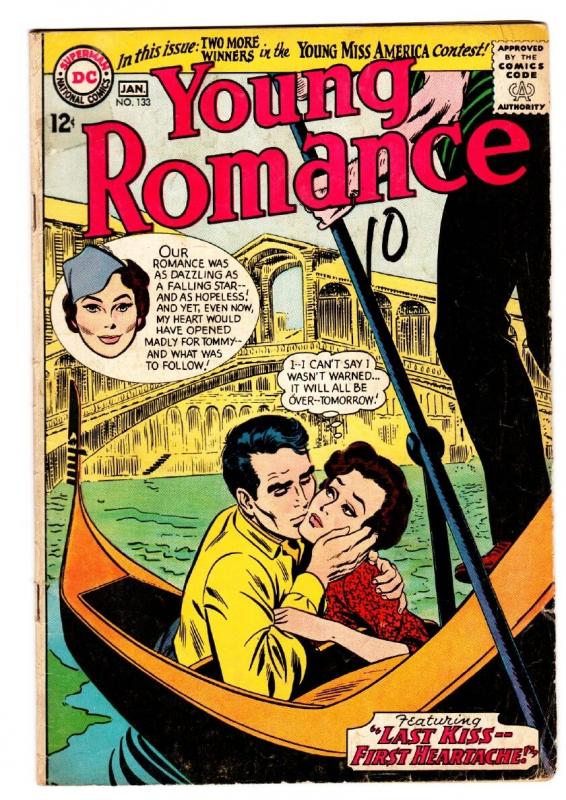 If you had a hunch about a certain Classic(s) Comics showing up: 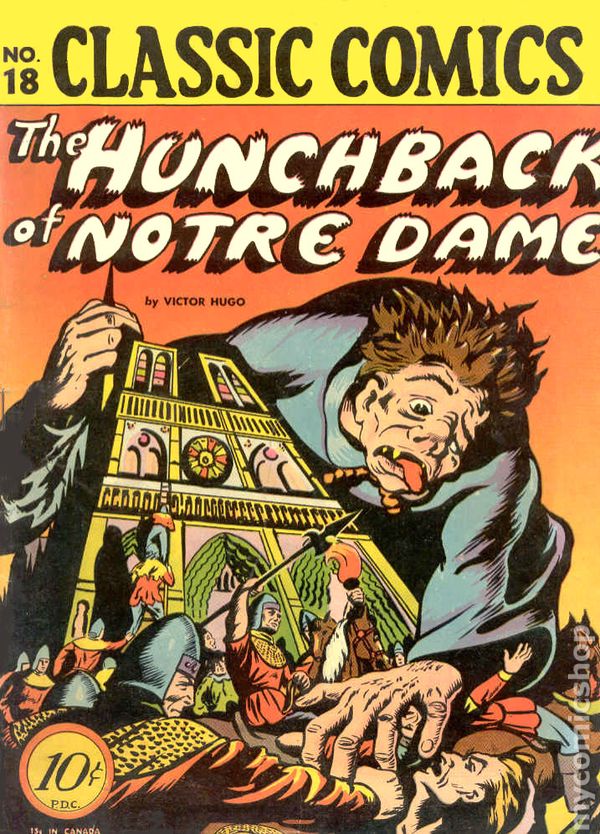 "I guess I can trust a Californian to speak for that state, but what about Texas?"

I wasn't born in Texas nor did I get here as fast as I could. I was born in Missouri, and the first time I went to Six Flags [Over Mid-America] (in 1973), I asked what the six flags represented. I was incorrectly told that each section of the park reflected the country represented by the respective flag. Actually, the flags represent the six flags which, historically and literally, have "flown over Texas," where the first of the parks is still located. for the record, those flags are Spain, France, Mexico, the Republic of Texas, the Confederate States of America and the United States of America. If you were to drive by Six Flags today (any of them), you wold see six of the same flag, that of the United States.

Right, I think the message that I'm getting is that the count of one cover for Texas should remain.

On another potentially contentious matter, I'm counting Donald Duck's appearance at Hadrian's Wall for England, not Scotland, as the Wall lies entirely within modern England.

Conversely, though the following cover mentions London, it's not set in England.  The A9 is a major road in Scotland, running from Falkirk (between Edinburgh and Glasgow) to Thurso on the north coast.  It doesn't go to either Aberdeen or London! 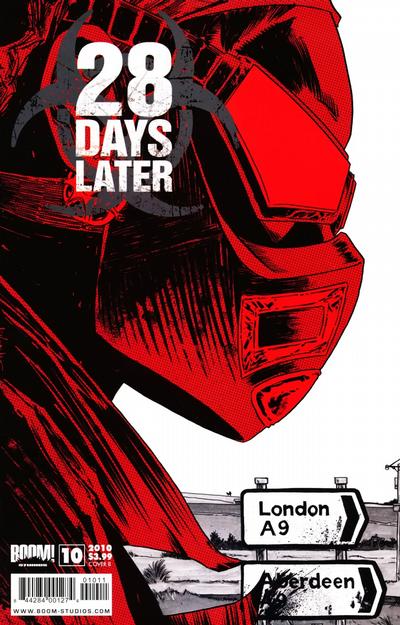 However, two more covers from 28 Days Later are set in English cities.

The Town Hall in Manchester. 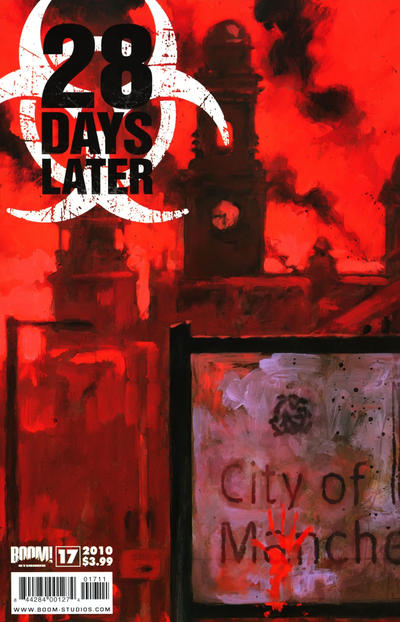 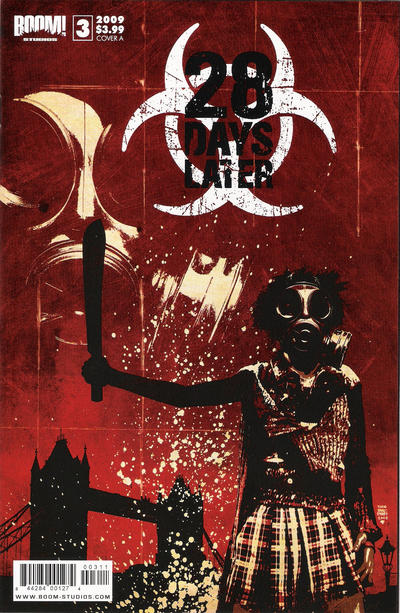