(Good thing that the worst is behind them!) 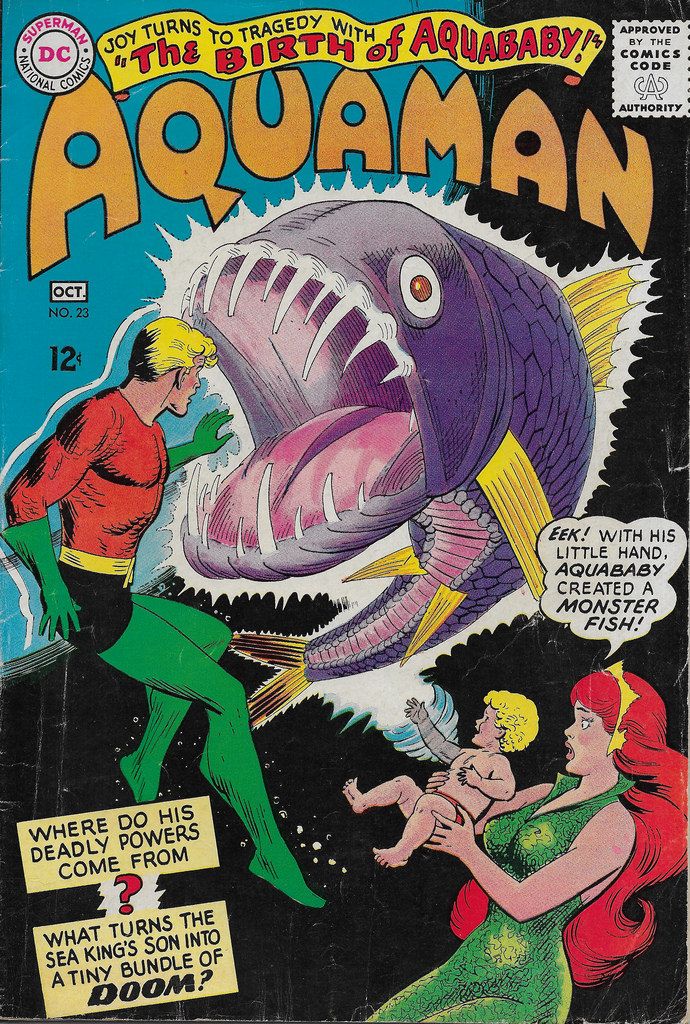 Apparently, Luthor really got into the prison grey.

My theory back then was that Luthor didn't own any regular clothes because he was never out of prison long enough to get any.

I've entered my sixth decade of life this year, so I can empathize with everyone else on this road.

On the other hand, it sure beats the alternative.

Meanwhile, a family not always cover featured on/in an Archie comic, Chuck Clayton and his Coaching father, in the background. 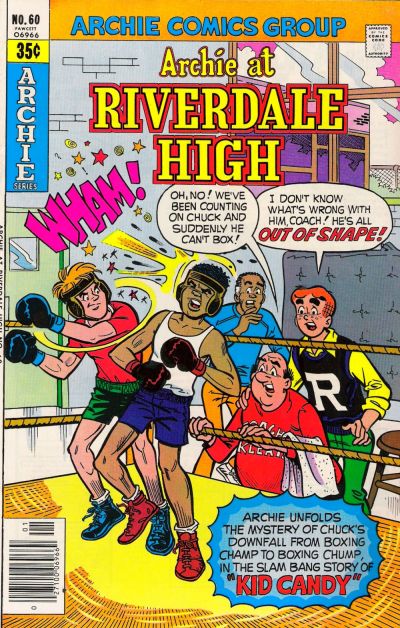 I myself am nearing the end of my sixth decade, that is, my 50s. Here's how it works...

When I give blood and the Red Cross person tells me my blood pressure is very good, I tell them I am a miracle of modern science. I'm halfway through my eighth decade (ouch!).

My entire career was in elections. California and many/most other states allow people to register to vote when they are 17 1/2. They are entered into the system but are excluded from actual voting until they become 18.

You are 18 the day before your birthday. If your birthday is the day after election day, you can vote. When a new database required new programs, the programmer erroneously told the computer that voters weren't 18 until their actual birthday. Fortunately, a report showing who was excluded was produced in time for me to bring the mistake to everyone's attention before it caused actual problems.

Years earlier, birthdates were entered with two-digit years. When the 17 1/2-year-olds were first allowed to register to vote the programs started screening for birthdates. This was in the late 1970s (IIRC) and there were many people born before 1900. The program kicked them out because it thought they hadn't been born yet and were therefore too young. Since we were stuck with the two-digit year at the time, the only way to override this was by pretending that a person born before 1900 was actually born in 1900. This was an early warning of the Y2K issues.

Jor-El being an a-hole 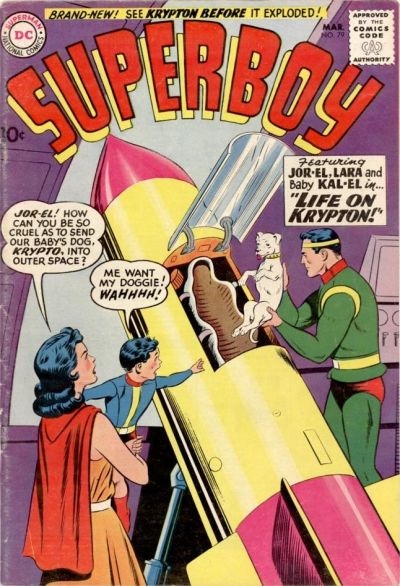 My introduction to the popular but problematic Mr. Chan was probably the early-70s cartoon, which had he and his brood (and their little dog, too) travelling the world in a shape-shifting van and solving Scooby Doo-type mysteries. Gold Key, predictably, made a comic: 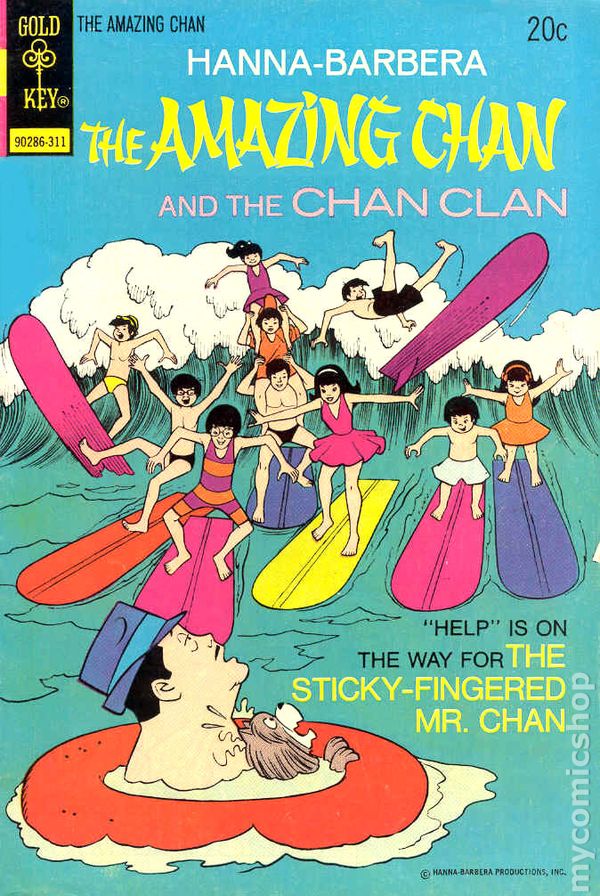 For those interested, I recommend Yunte Huang's Charlie Chan: The Untold Story Of The Honorable Detective And His Rendezvous With American History. 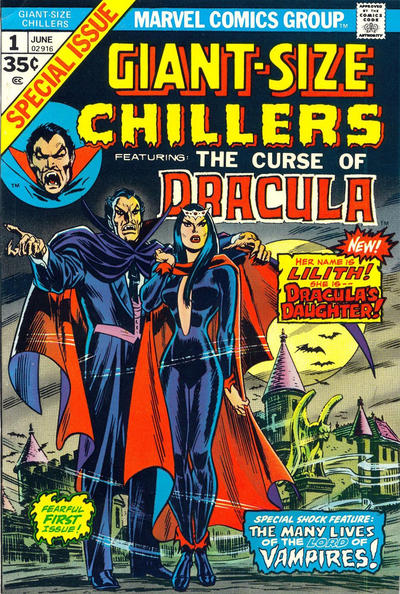 Dracula and (I assume) a different daughter. 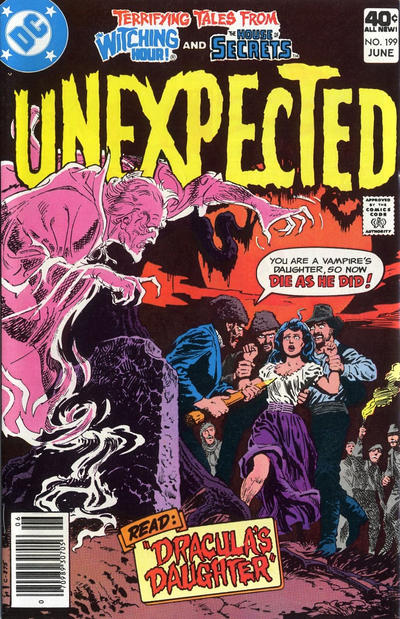 A different vampire and son. 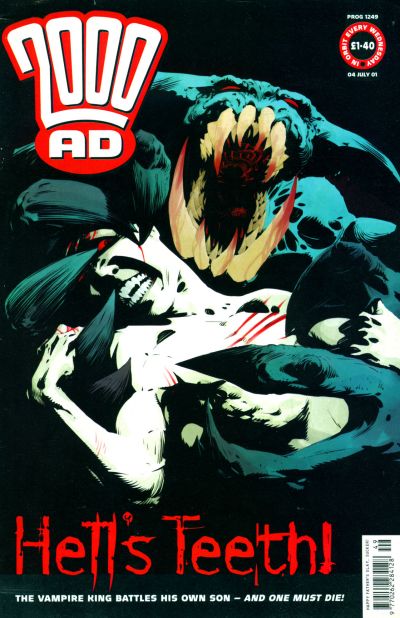 I seriously thought I left all this nonsense behind with the people who thought the year 2000 was the beginning of the new millennium (i.e, the 21st century).

To quote from The Authority comic.

Jenny Sparks, dying at midnight on 31st December 1999:  "I'm the spirit of the twentieth century.  A hundred-year-long defense mechanism.  Twentieth century's over."

Swift:  "No, it's not.  The twentieth century doesn't click over til 2001, anyone with half an education knows that --"

Jenny:  "Don't blame me.  Blame the planet that counts it.  Consensus reality.  Entire bloody century's been run by the fish-head majority."

Good to think how much more sensible the twenty-first has been, isn't it?

ClarkKent_DC replied to Steve W's discussion A Cover a Day
"Continuing on ... Jonah Hex graduated to his own series, titled Jonah Hex of course (March-April…"
1 hour ago

ClarkKent_DC replied to Steve W's discussion A Cover a Day
"Another case of retitling but not renumbering: All-Star Western #1 (August-September 1970) Final…"
1 hour ago

The Baron replied to The Baron's discussion The List of 870 Super-Heroines
"I'm not against "duplicates", per se, I've got three "Storms" onnthe…"
3 hours ago

JD DeLuzio replied to Alan M.'s discussion So, What Are You Reading These Days? (besides comics)
"Eric Choi's Just Like Being There-- Hard SF from the award-winning author and aerospace…"
4 hours ago

Travis Herrick (Modular Mod) replied to Alan M.'s discussion So, What Are You Reading These Days? (besides comics)
"They do explain why they didn't choose Sgt. Rock, though. It was also, supposed to be out…"
5 hours ago

Jeff of Earth-J replied to Steve W's discussion A Cover a Day
"Moving to a new volume is like losing one's virginity: once it's done, there's no…"
7 hours ago

Jeff of Earth-J replied to PowerBook Pete, the Mad Mod's discussion Anything, Everything, or Nothing At All
"I think the term "comic book industry" is an oxymoron. I always say "comic book…"
7 hours ago

Dave Palmer replied to PowerBook Pete, the Mad Mod's discussion Anything, Everything, or Nothing At All
"Some perspective on the size of the comic book industry.  On the radio today I heard that in…"
8 hours ago