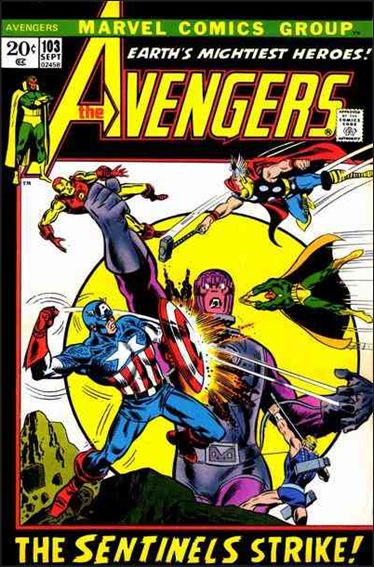 Jeff of Earth-J replied to Jeff of Earth-J's discussion To be... HULK-inued!
"#99: You wake up in a cell next to Betty Ross, who is lying unconscious on the floor. You are…"
20 minutes ago

Richard Willis replied to Jeff of Earth-J's discussion Tales to Astonish
"To add to the confusion, when Stan and Jack were in the Army, the Air Force/Air Corps was, like…"
32 minutes ago

Jeff of Earth-J replied to The Baron's discussion Watching "Unaging" Comics Characters "Move Past" Historical Events
"What about when the Human Torch and the Thing met the Beatles?"
2 hours ago

Jeff of Earth-J replied to Wandering Sensei: Moderator Man's discussion What Comic Books Have You Read Today?
"I didn't make it to my LCS this until Friday due to icy road conditions, but that's…"
2 hours ago

Steve W replied to Steve W's discussion A Cover a Day
"I might be wrong but that looks like the signature of Dick Giordano on that Cynthia Doyle cover. I…"
3 hours ago

The Baron replied to The Baron's discussion Watching "Unaging" Comics Characters "Move Past" Historical Events
"The problem with that is that the new reference eventually becomes dated, too.  Cinton's…"
3 hours ago