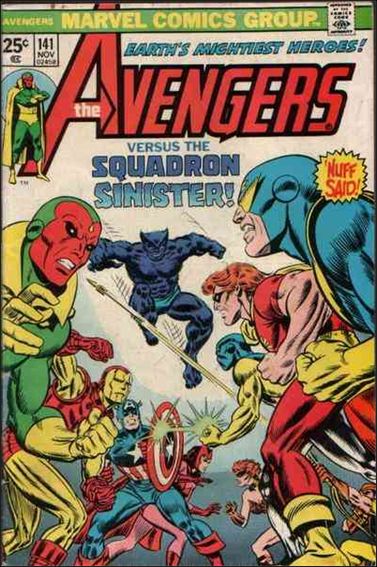 Lee Houston, Junior replied to Steve W's discussion A Cover a Day
"Another long day, so once more am just now getting here. Bruce Wayne and his youthful ward Dick…"
23 minutes ago

The Baron replied to The Baron's discussion The World War Two Super-Hero Story That I Would Tell If I Could Use Any Characters I Wanted
"To be honest, I don't know much about characters not from DC or Marvel.I mostly stuck with…"
1 hour ago

Captain Comics replied to The Baron's discussion The World War Two Super-Hero Story That I Would Tell If I Could Use Any Characters I Wanted
"I suppose you've already considered 1940s characters not from Marvel or DC. But maybe…"
3 hours ago

Richard Willis replied to Steve W's discussion A Cover a Day
"The comic title Space Family Robinson started in 1962. Although I never bought the title, I…"
4 hours ago

Richard Willis replied to Steve W's discussion A Cover a Day
"I quoted the "No Wire Hangers" line to my wife soon after we were married. It made her…"
4 hours ago

Philip Portelli replied to Steve W's discussion A Cover a Day
""NO WIRE HANGERS!!!""
8 hours ago

Jeff of Earth-J replied to Wandering Sensei: Moderator Man's discussion What Comic Books Have You Read Today?
"EDITING..."
8 hours ago

Tracy of Moon-T replied to Wandering Sensei: Moderator Man's discussion What Comic Books Have You Read Today?
8 hours ago

Jeff of Earth-J replied to Wandering Sensei: Moderator Man's discussion What Comic Books Have You Read Today?
""GOLDEN AGE" FIND!: When I went to my LCS today, the owner pulled out a box of his most…"
8 hours ago