Sept. 17, 2020 — The DC Comics/Warner Bros. online convention has completed its second and final day — and just like FanDome I on Aug. 22, FanDome II on Sept. 12 was an impressive enterprise with lots of announcements.

After FanDome I, a poster on my message board lamented the lack of comics news at a DC Comics event. And sure enough, FanDome I was mostly about DC-related movies and video games, with only a smattering of other news. (The revival of Milestone Comics, featuring Static and other superheroes of color, was the biggest comics announcement.)

That was corrected with FanDome II, which could be categorized as mostly about the comics, DC-related TV shows and fan-contributed content.

And it was overwhelming.

Seriously, FanDome II, subtitled “Explore the Multiverse,” offered more than 100 hours of content. And just like FanDome I, you only had 24 hours to explore and experience.

As a panel guy, I was thrilled to see all the comics-oriented content, with big names like Brian Michael Bendis, Geoff Johns and Paul Levitz. As an adult, I simply didn’t have the time to watch everything I wanted to.

For the record, I flagged panels on how to break into comics, the YA “Teen Titans” creators, the Joker War/Three Jokers, the expanding Watchmen universe and a couple of Wonder Woman panels, including one focusing on Nubia. I will not confess to how few I was able to fit into my day, as I am too filled with shame. 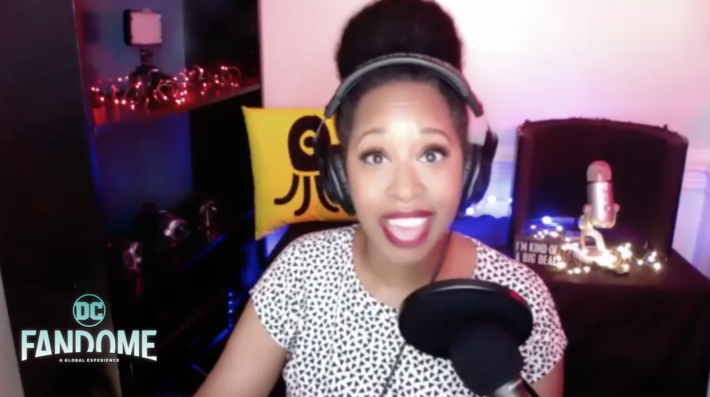 The “Blerd and Boujee” fan art section is still available on FanDome, but alas, this Karame Horne panel is not. (Courtesy DC FanDome)

My time was partly limited by a weird discovery: “The Adventures of Superman” radio show, re-created by modern actors, with the strange (but welcome) insertion of clips from the famous Fleischer Studios Superman cartoons. I only had time for the first episode — and for all I know that was the only one — but it made me want to listen to them all … someday.

Fortunately, not all of the FanDome experience is gone forever. A visit to FanDome.com will still yield the Fan Art Gallery, the FanDome Store and “DC Kids,” which is pages and pages of cartoons, games, puzzles and the like. And I have to believe that if FanDome II was as successful  as FanDome I that this material will find its way to YouTube, DCComics.com or the DC Universe streaming service.

Some already has: DC released two clips, which are already on YouTube. The “Supergirl” stunt team training video (http://www.youtube.com/watch?v=Uuoo-j1csMQ&feature=emb_logo) does its job, making the rest of us feel like lazy slugs. And the “Lucifer” blooper reel (http://www.youtube.com/watch?v=Medf_nrxHUc&feature=emb_logo) will make you smile, as everything with Tom Ellis does.

So, obviously, 24 hours is just not enough time. I didn’t even get to the virtual visits to the Batcave, Fortress of Solitude and Themyscira!

Despite the bigger presence for comics in FanDome II, the big announcements were all TV. Typical. Anyway, here are the biggest:

Doom Patrol has been approved for a third season, which is a huge relief. Season 2, truncated by the pandemic, ended on a cliffhanger for nearly every character. Without a third season, we wouldn’t know the fate of Dorothy Spinner (kidnapped by, and in combat with, The Candlemaker). We wouldn’t know how the bulk of the team would escape being trapped in wax. And our last sight of Cliff “Robotman” Steele would be his decapitated head. (Don’t worry, he’s fine, since his brain is the only original equipment left.)

The only downside is that DC’s press release emphasized HBO Max as the place to see Doom Patrol. Notwithstanding that the show was created by and debuted on the DC Universe streaming service, and Doom Patrol can still be seen there. But DC Universe was barely mentioned.

We DC Universe fans have long feared WarnerMedia would eventually shut DCU down in favor of its shiny new streaming service, HBO Max. This announcement does nothing to alleviate our fears. 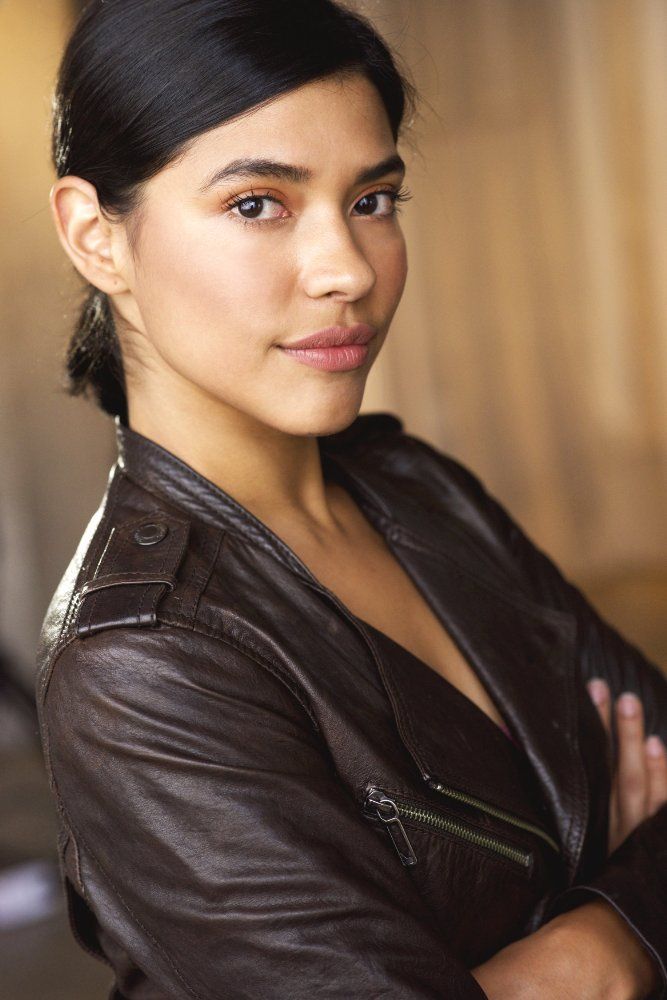 FanDome revealed the basic structure of DC’s Legends of Tomorrow season 6. Evidently, the intrepid (if stunningly erratic) crew of the Waverider are going to be searching for space aliens throughout history. Given the penchant Legends has for finding the most outrageous possible plotline to follow, this should be fun.

But the bigger news was the addition of a new crew member, in the person of Esperanza “Spooner” Cruz (Lisseth Chavez). That’s a good thing, because the existing crew members have been dropping like flies. (So long, Brandon Routh! Hasta la vista, Maisie Richardson-Sellers!)

As far as my lengthy  DC Comics-reading history and desultory Googling informs me, “Spooner” is an entirely new character, invented for the show. Unsurprising, as that has been the trend for the last couple of seasons.

And, as you’d expect from this show, she sounds like fun. And maybe a little damaged. She’s … oh, I can’t say it better than Warner:

“Tough and self-sufficient, Spooner Cruz lives off the grid, devising ingenious tech for the detection of — and defense against — space aliens. And while some might call her paranoid, she calls it being prepared. A survivor of a childhood alien encounter, Spooner now believes she has the ability to communicate telepathically with aliens — making her the perfect recruit for Waverider captains Sara Lance, Ava Sharpe and the Legends who, in season six, will be hunting down extraterrestrials who have been displaced throughout history.”

So a possibly crazy, more competent, female Fox Mulder. Got it. The big news about Pennyworth, the story of Alfred (Jack Bannon) in 1960s London on Epix, is that Martha Kane (Emma Paetz) is pregnant. Martha is, of course, Thomas Wayne’s (Ben Aldridge) girlfriend and future wife. So we’re to expect baby Bruce Wayne this season, along with the addition of Lucius Fox.

If you’re a comics fan, however, you suspect a different baby: Thomas Jr. In the main Batman history, this older brother for Bruce doesn’t exist. But in some of the darker, long-forgotten corners of DC history, he lived — and died. A baby Thomas would be really interesting … and wouldn’t put a clock on how long Thomas and Martha have to live.

The big announcement for this DC Universe (soon-to-be HBO Max?) animated show is that season 4 will be subtitled “Phantoms.” That tells us precisely nothing, unless a legion of ghosts shows up.

But I’m glad for the opportunity to mention Young Justice, which is the Teen Titans on Earth-you’ve-never-been-here-before. Whereas Teen Titans GO! and Titans are pretty similar to their comics counterparts, Young Justice uses one iteration of the famed team as a starting point, but then goes its own way. As a result, there are all kinds of characters on the show that you can only see on Young Justice (and in a precious few comic books).

I’m talking about the awesomeness of Lagoon Boy, who has the powers of certain fish, like blowing up like pool float! And Artemis, who is the resident archer, since Green Arrow’s sidekick Speedy/Red Arrow/Arsenal turned them down. And there’s Aqualad — not the white, boring one, but the gay, black one with the unpronounceable name (Kaldur’ahm). Oh, and for some reason they blended in some characters traditionally associated with Batman and the Outsiders, like Black Lightning, Halo and Geo-Force, albeit teen versions. So, not really the same characters at all.

Despite my jocularity, Young Justice is actually dead serious. So serious I found the first season a little depressing. But I powered through, whereupon I began to appreciate its unique lineup, personalities and history. Now with 100% more phantoms!