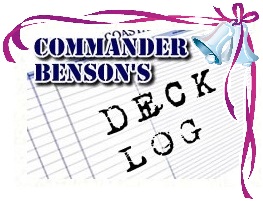 I won’t be discussing any nuggets of Silver-Age goodness this time around, folks.  In fact, there won’t be anything comics related.  This one is personal.  So I’ll understand if you give it a pass.

The Good Mrs. Benson and I have just returned from a trip to Savannah, Georgia, where we were pleased and privileged to attend the wedding of her son, my step-son, Rick.  If you’re a long-time follower of the forum, then you’ve heard me mention him, of how he came to live under our roof when he was twelve, where he lived until six years later, when I had the honour of swearing him into the United States Army.

The new bride, Rebecca, has been part of his life---of our lives---for over five years.  During the course of their relationship, I was strictly an observer.  Oh, I certainly had opinions and advice to offer, but I had made it a rule not to weigh in on Rick’s personal life unless he asked.  And like most young people, Rick never asked.  Whatever decisions of head and heart that brought him and Rebecca to that enchanted moment at five-thirty in the afternoon, Saturday, the twenty-sixth of October, I had nothing to do with.

I had plenty of opportunities this past week to say what I felt.  But I was not asked to make a speech, and I had promised the Good Mrs. Benson that I would rein in my usual hardline insistence on things being done the way I thought they should be done.  It was their moment, Rick and Rebecca’s, and it had to be perfect for them, for it would be a memory they’ll treasure for all the rest of their days.

It was, and they will.

But if someone had handed me the microphone, I know exactly what I would have said. 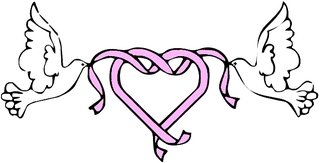 To you, Rick and Rebecca, I can safely state that I speak for all of us---your friends, your families---when I say . . . it’s about damn time!

I never had any children of my own, so when you, Rick, came to live with your mother and me, it was quite an adjustment for both of us.  You had to learn how to live in a household run by a Navy commander . . . which is probably why you joined the Army.

And I know a father’s joy in the precious joining of love that we were privileged to witness to-day.

Now, as to the matter of your new bride, you never asked for my thoughts, but I’m going to give them.

We---your mother and I---have seen Rebecca, both with you and apart, through the smooth waters and the rocky shoals of the last five years.  Plenty of time to take measure of her heart and soul and all the things that make her the kind of woman she is.

There’s really only one way to say how we’ve come to feel about Rebecca . . . .

It is our wish that the intertwined threads of your lives are long and filled with all the bliss and blessings that life has to give.

But if, someday---and, Rick, you know how much you mean to us---if some circumstance, some issue, arises and it comes down to either you or Rebecca . . . 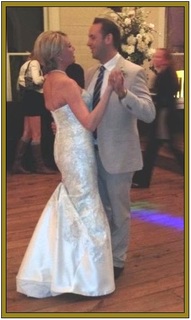 Congratulations to the Happy Couple!

Hopefully, one day soon, they'll be calling you "Commander Grandpop"!

Hopefully, one day soon, they'll be calling you "Commander Grandpop"!

Heh! Not likely.  Rick already has one son, from a previous marriage that didn't take.  Rick knows me well enough to know that I wouldn't tolerate the youngster calling me anything even remotely sounding like "grandfather".  So the young one was taught to address me as "Commander".

When the Good Mrs. Benson learnt that, she rolled her eyes and said to me, "I suppose you'll make him call you that until he's twenty-one."

I replied, "What makes you think I'll let him stop then?"

Thank you for your kind wishes, my friend.

Hoorah! Good luck to them both!

Congradulations, I hope they'll be happy.

Oh, wonderful! Congratulations to them both!

And even though you weren't able to deliver it ... nice speech.

Congratulations to the newlyweds and to you and Mrs Benson, Commander.

Congratulations to the happy couple!

It's nice to hear some good news for a change. (And I think someone should have handed you the microphone.)

Congrats to the newlyweds!

Congratulations to the happy couple and the proud parents!