Exactly 30 years ago, I became a true comics fan...

And this is the book that did it.  Before this, I would pick up a Disney or an Archie...maybe a Batman...but this one was the first that made me go back to the drugstore next month to get the newest issue...and I was hooked. And that's why I can't wait until this May...there will be a big-time movie...by Joss Whedon...with THOSE guys!

She may not be...but I really hope that Janet makes an appearance.

Even though Whedon is denying she's in it.

New poster for the film: Does it look to anyone else like Downey's face has been photoshopped in (perhaps over an image that was originally "full suit")?

It doesn't look any more so than the others. They all seem to have had their faces better illuminated, which I can understand for the poster. I'd like to hope they don't spend the entire movie without their masks.

BTW, just how tall is the Hulk supposed to be?

That's a pretty cool looking comic to bring you back, Doc. I don't know that the artwork was outstanding considering the Avengers' lineup of artists, especially with the all-hands-on-deck approach to inking. But those characters together were always pretty compelling. 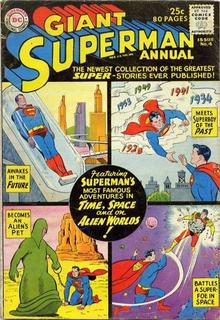 Not to sidetrack this thread back onto the notion that it's supposed to be about, but I have a strong image of the first comic I remember, too, in that I know most of the ones after it and none of the ones before it, and I think it's one of the greatest comics ever published. It's a little older than yours, though.

I have a strong image of the first comic I remember, too, in that I know most of the ones after it and none of the ones before it. It's a little older than yours, though.

I wonder if everybody figures out their "first" that way?  I do (and it was even an Avengers, too). A little {ahem} earlier than Doc's.

I kinda like the poster, though they look photo shopped.

I can't remember what comic sucked me in. I always liked comics and superheroes. I think it was Spider-man the Mutant Agenda #2 because it had Spidey, Beast and Hobgoblin all characters I knew from the cartoon. I relied on my parents to get my comics. That was the first one that made me want to keep getting comics but having only the supermarket to rely on, I never got a full run of anything.

I won't mention that 30 years ago today, I was only a couple of weeks old.Oops. :p

I know I've posted this link before, but it's an amazing resource allowing you to look back at what comics where being sold in a certain month/year (1934-present).

Thirty years ago, I had already been reading comics for about ten years.