Usually I prefer to let my creative work speak for itself, but there are times when I have to hit the self-promotion trail to get the word out about a project.

This is one of them.

GHOST BOY, VOLUME 2 has just been released by Airship 27, and this is the first time I have ever been INVITED to contribute to an anthology instead of just submitting a tale and hoping the publisher likes it.

As for who Ghost Boy is and what the anthology is about, according to the official press release...

It is the mid-60s and the U.S. is in thick of the Cold War between the Soviet Union and Red China. The country’s greatest asset is Ghost Boy, a young genius with amazing supernatural powers, and his eight foot tall steel and chrome robot, Pops. Ripped from the pages of Jigsaw Comics, Ghost Boy returns in this collection of four brand new adventures.

“This character is just so much fun. He captures the innocence and the exuberance of the Silver Age of comics,” states Airship 27 Production’s Managing Editor Ron Fortier. “Sure, fans were still into Marvel and DC, but in the early 60s we also had dozens of other publishers unleashing a myriad weird heroes ala Nemesis, Herbie, Dr. Spektor, and of course Ghost Boy; the scientific wonder who could read minds and turn invisible. He was a real original and we’re delighted to bring him back in these brand new prose adventures.”

A rogue army invades America; a giant monster from another dimension attacks a small western town and a cunning foreign inventor creates a machine to enslave the minds of his targets. These are just some of threats facing our heroes as put down by pulp writers Terry Alexander, J.Walt Layne, Erik Franklin and Lee Houston Jr. Gary Kato, a well known comic-book artists, and devotee of the great Steve Ditko, provides the interior illustrations giving the book the perfect Silver Age comic-book feel. Whereas Zachary Brunner provides the cover which is an homage to Jack Kirby’s classic cover to Marvel’s Fantastic Four # 1.

The book is now available at Amazon in print, with the Kindle edition available soon. 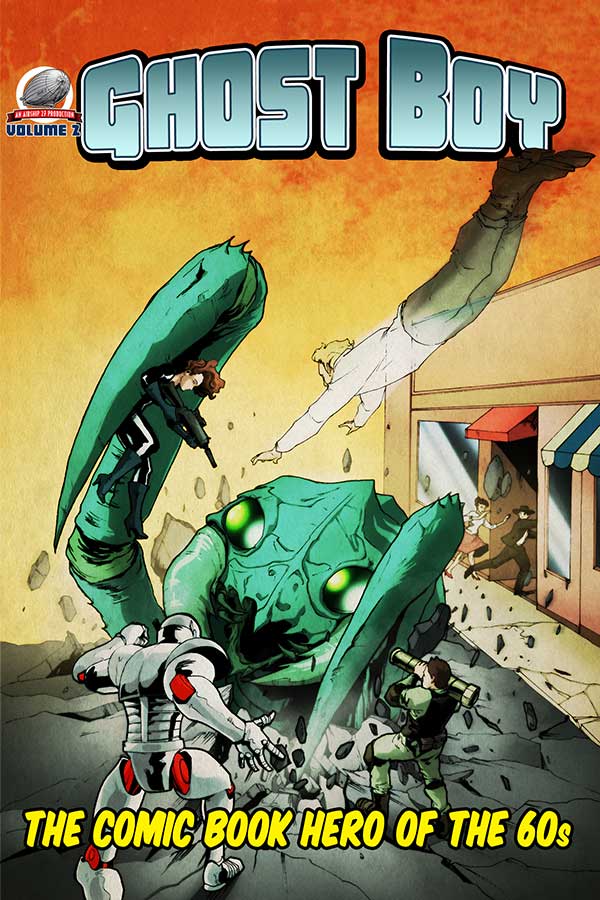