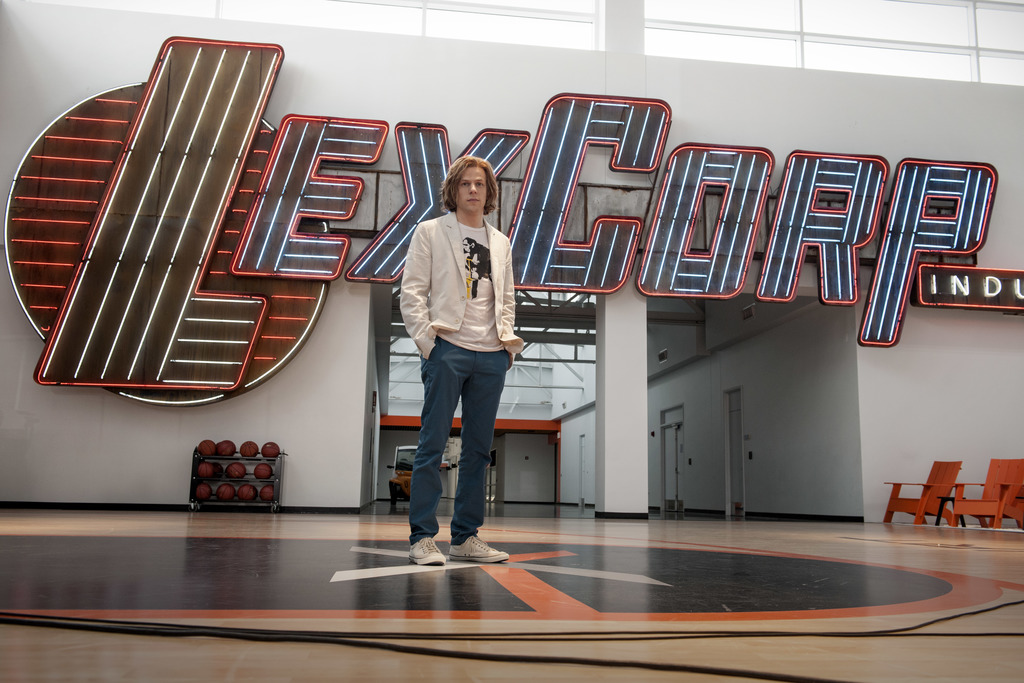 It’s midnight in the Comics Cave. The Captain Comics signal has been set alight. Thousands of movie-goers are crying out in fear and wonder, because a lot of Batman v Superman: Dawn of Justice confused the bejabbers out of them! Here’s the Captain to the rescue with a helpful Q&A:

A: A combination of two famous comic book stories.

The first is The Dark Knight Returns, a 1986 epic by Frank Miller (Sin City, 300) which depicted a retired, sixtysomething Bruce Wayne in a dystopic future so awful the old, bitter, possibly alcoholic warrior has to pull the Bat-suit out of mothballs. The climax? A fight with Superman, where Batman armors up and … oh, you’ve seen the movie? Then you don’t need to read DKR, because director Zack Snyder pulled multiple images and even dialogue directly from the graphic novel to the screen.

For example, when Batman is avoiding Doomsday’s heat vision, he strikes a pose identical to the cover of Dark Knight Returns #1, complete with lightning bolt. When Martha Wayne’s pearl necklace gets caught on the mugger’s gun barrel, that’s a direct swipe. (Did you recognize Maggie from The Walking Dead as Mrs. Wayne? And that’s Jeffrey Dean Morgan, The Comedian from Watchmen, and soon to be a villain on “Walking Dead,” as the mustachioed Mr. Wayne.) When Alfred jokes about future generations of Waynes inheriting an empty wine cellar, it’s word for word from the comics.

The other story is “The Death of Superman” from 1992, mostly by writer/artist Dan Jurgens. In that story, which made headlines at the time, Superman fights a Kryptonian monster named Doomsday, a huge gray monster, stronger than Superman, who grows bone spikes wherever he’s injured. The climax of the battle is the death of both. Sound familiar?

That climax is actually a little more imaginative in the movie, because in the comics the two characters literally punched each other to death (which got a little boring).

Q: Since Superman’s still around, I guess he got better?

A: Yep, a Kryptonian “regeneration matrix” brought him back. In the movie, we already see his return in the making, as the film ended with a heartbeat emanating from his coffin (reflecting a similar scene with Batman in DKR) and dirt levitating in the grave – the anti-gravity effect Snyder established in “Man of Steel” as the signal for Superman’s powers activating.

Q: So Batman is sixtysomething in this movie?

A: Nope, he’s 43. We know this because the origin sequence featured a sign telling us Excalibur was opening the following week, and that movie premiered in 1981. Bruce, in most stories, is about 8 when his parents are killed.

Q: Did Batman use a kryptonite spear in DKR?

A: Again, nope. The only time I’ve seen one of those was in DC Universe Online Legends (2011), a 26-issue series based on a massively multiplayer online (MMO) video game.

Q: What’s up with Luthor’s hair? Isn’t he bald?

A: Yes, he is. But interestingly, most versions of Luthor show him with red hair in his youth. He loses it in various ways in the comics, depending on which origin you’re reading.

Q: Speaking of villains, is that a Joker reference in the Batcave, where we see a dark Robin uniform with “Ha ha ha, the joke’s on you” painted on?

A: Who else could it be? And it likely refers to a 1988 story titled “A Death in the Family,” where the Clown Prince of Crime murdered the second Robin, a kid named Jason Todd. As Bruce Wayne says, “Maybe it’s the Gotham City in me. We just have a bad history with freaks dressed like clowns.” It’s possible that Robin’s death – if it’s part of this canon – is recent, which would explain why Batman is so angry. Maybe the upcoming Suicide Squad movie, which features The Joker and a Batman cameo, will tell us more.

Q: Is Batman’s anger why he keeps having nightmares?

A: Actually, we have to accept that those are for-real premonitions, as they tell Batman (and us) things that haven’t happened yet or could be prevented.

For example, one of those visions is The Flash – whom Batman has not yet met – visiting from the future to warn “You're right about him” and that Lois Lane is “the key.” This echoes Crisis on Infinite Earths (1986) where The Flash battles back through time to his origin, where he becomes the lightning bolt that turns Barry Allen into The Flash. (Don’t think about it too hard.) As he goes backward, he tries to warn his fellow Justice Leaguers in various eras about the Anti-Monitor, the villain of Crisis.

Here, he appears to be warning about Superman, with the Lois mention a big clue. It corresponds to another vision, where Batman sees himself battling a world-dominating Man of Tomorrow in a dystopic future. This is an echo of the Injustice: Gods Among Us video game, where The Joker tricks Superman into killing a pregnant Lois Lane, and a grieving Last Son of Krypton decides to take off the gloves and conquer the world. The Dark Knight, naturally, leads the resistance. (In Batman’s vision the Scarlet Speedster realizes “I’m too early!” – meaning we’ll probably see this warning more than once, like in Crisis.)

Incidentally, the BvS action figure of Batman from this dystopia gives us a name: “Knightmare Batman.” Which is kinda cool.

Q: What’s with the flying monkeys in that vision?

A: They’re not monkeys, Toto. they’re Parademons, the shock troops for DC’s ultimate Big Bad, Darkseid of the planet Apokolips, one of the “New Gods” created by the legendary Jack Kirby. Darkseid’s symbol is the Greek letter omega, conveniently burned into the ground in Batman’s vision. He will doubtless be what draws the team together in Justice League Part 1 next year, as he did in 2011’s revamped Justice League origin.

Not enough foreshadowing? Well, how about Lex Luthor saying that “Devils don’t come from beneath us. They come from the sky” – as in the planet Apokolips. And later, he babbles about how the “bell has been rung,” attracting attention from the stars.

Still not enough? Then note the origin of Cyborg we see in Luthor’s files. The mysterious cube that saves Silas Stone’s son Victor by building him a robot body is a Mother Box, the does-everything cell phone of the New Gods.

Q: Aquaman, Batman, Cyborg, Flash, Superman, Wonder Woman. Did we see all the founding members of the Justice League?

A: All but Green Lantern. For the record, Martian Manhunter was a founding member from 1960 until 2011, when he was revamped away in favor of Cyborg.

Q: Speaking of Leaguers, did Wonder Woman really fight in World War I like her 1918 photo indicated?

A: Nope. In the comics she came to “man’s world” in World War II, but I’m guessing DC rewound to the Big One to avoid comparisons to Captain America. Standing to her left in that photo is Steve Trevor (Chris Pine), who has been the Amazing Amazon’s boyfriend in most iterations, and will feature in the Wonder Woman movie next year.

Q. What other Easter eggs are there?

A: Perry White telling Clark Kent that “It isn’t 1938 any more” (Superman was created in 1938). Batman fighting the Russian mercenary Anatoli Knyazev, who in the comics is the KGBeast (seriously). Tao Okamoto appearing as Luthor’s longtime bodyguard Mercy Graves (who gets blown up). The credits listing Michael Cassidy as Jimmy Olsen, Lois’ unnamed photographer in Africa (who gets killed).

There’s more, of course, but the Captain Comics signal has burned out. It’s those cheap LexCorp batteries – they’re so unreliable!

I wish I had read this before I watched the movie!

We're all comics nerds here, and you married our leader!