He's Tony Stark, a cool exec with a heart of steel.  He's a founding Avenger, often called the Golden Avenger.  He debuted in Tales of Suspense 39, cover-dated March 1963.  Today he's arguably considered an A-lister, largely thanks to the trilogy of Iron Man movies starring Robert Downey Junior, as well as being a major part of the two Avengers movies (Avengers 2: Age of Ultron in theatres now - shameless plugs dept.).  In the comics themselves, he may not have been the biggest star, but he's consistently been a cornerstone of the Marvel Universe for decades.

This reading project will cover the Iron Man stories featured in Tales of Suspense 39-99. 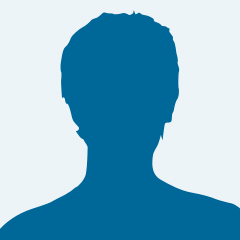 Odd story. The real villain never shows up and doesn't appear again. The Actor is one of those bad guys that kept turning up in the early days of Marvel that didn't need to exist since they already had a very similar villain. Except he finds out Stark is Iron Man and gets killed, he might as well be the Chameleon. We'll soon see another one, Kala, who, except for the way she's beaten, might as well be the Moleman.

I'm sure the disintegrator is one of those one time things that are never mentioned again. If he has such a weapon and it's that small, why not add it to his armor? Also, if it existed, then he wouldn't have need to develop the malfunctioning laser that turns up in the first appearance of the Black Widow.

Just like his Thor stories of the same period, Robert Bernstein's Iron Man stories are mostly mediocre, imo.  I wonder if he considered Marvel a step down from working at DC (and even Archie) in 1963, as he had been writing comics since the late 40s.  I find several things in his stories that wouldn't seem out of place in a DC comic.  Some are bad - the villains have little depth to them and  / or are knockoffs of better bad guys, and he uses ideas that shouldn't be throwaway but he doesn't carry over to the next issue, ie disintegrator ray.  There's also good here too - while pathos was used to good effect in Marvel's Silver Age, it was sometimes overdone, so it's somewhat refreshing that Bernstein's lead heroes were from the square jawed school that didn't indulge in maudlin self-pity.  It's barely mentioned that Tony's armor is keeping him alive and needs to be constantly recharged, and as I recall he didn't write Don Blake feeling sorry for himself much either.
If I had to guess, and I do, I would bet a crispy dollar bill that Stan's plotting is pretty minimal here.  Bernstein, with his years of experience, probably didn't need or want much input from Stan or anyone else and I don't think any of his Marvel stories were done Marvel Method.  That probably is why these stories feel like they are in their own universe, as we discussed before.

We've got a few more Bernstein stories before Stan takes over as writer, with #47 and he brings Sturdy Steve Ditko!

I'd guess Stan used him because he was overworked, he didn't have to work too closely with Bernstein, and possibly he didn't ask too much money. However both Thor and Iron Man don't do well under his care, and might have ended up like poor old Ant-Man if Stan didn't take them away from him.

He tries to explain but the outraged Red Barbarian won't listen, thinking the Actor wants to take the plans to the nation's leader and get all the credit. He orders his men to kill the Actor, and they do, despite the Actor offering to tell them who Iron Man is just before he dies. The Barbarian dismisses the Actor's last words as "fairy tales", designed to save his skin.

During this scene he refers to himself as the Red Barbarian. I don't think that in any context "barbarian" is anything other than an insult.

I don't know if the disintegrator ray is ever revisited in the series. It's a plot device here, the McGuffin that moves the story along, but I found Stark's nonchalance disturbing. It's one thing to wipe out a tank, a wall, or even enemy ships, but an entire city? Yikes - chilling.

I don't think Stark expected cities to be destroyed. Back then, the West and the USSR were engaged in peace through "mutually assured destruction" (M.A.D.). The assumption was that the lunatic fringe on both sides would be restrained by cooler heads. A sane leader would not start a war (other than a proxy war like Korea and Vietnam) if they knew total destruction awaited. This was a dangerous strategy but it worked or we wouldn't be here. The M.A.D. policy probably is the reason why the 40 million dead in WWII wasn't topped by 50 million (or more) dead in a conventional warfare WWIII.

I knew reading this in 2015 that the Actor was a dead man walking as soon as he figured out Iron Man was Tony Stark, wonder how readers in 1963 felt - was it already old hat even then?

When I was reading Superman and Batman comics before 1963 it was obvious that villains who discovered a hero's identity would either die or somehow lose their memory, usually by the end of the story.

What year did Joe Chill die?

Yeah, I had forgotten about Joe Chill.

Movies must have too, considering they called him Jack Napier and said he was the Joker... They couldn't at least have said Joker's name was Joe? 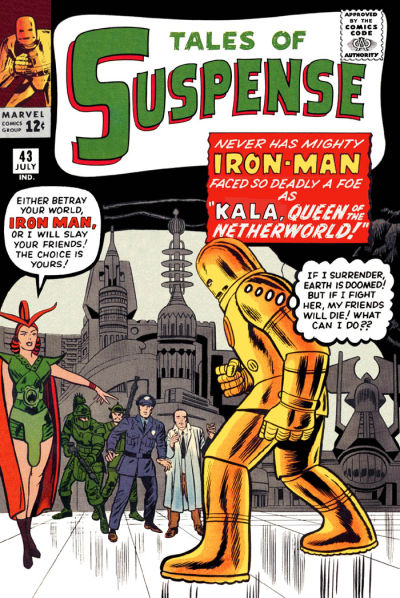 "Kala, Queen of the Netherworld!"

One day at Tony Stark's private lab, a wind velocity control panel explodes.  The wind machines begin generating tornado force gusts, ripping a missile being tested at the lab off its moorings.  The guards contact Stark, who tells them Iron Man is visiting him and he will send him over.  Stark changes to Iron Man and heads for the lab.  He destroys the wind machines by spinning himself around in the air at a greater speed than the fans in the tunnel.  He goes back to his private lab and removes his armor, deciding to head to the lab as Stark as people would be wondering where he is.  He leaves the armor behind, figuring there's little chance of another crisis.

After he arrives, he questions his employees about what happened.  Suddenly, a guard vanishes before everyone's eyes, then a scientist does as well.  Just after that, a clear glass cage envelops Stark.  The guards try to free him, but they are unsuccessful, and Stark sinks into the ground.  He continues descending until he reaches an underground world.  A woman orders him released from his trap, and introduces herself as Kala, Queen of the Netherworld.  The guard and the scientist are also there, as they were grabbed by accident when the Netherworlders were looking for Stark.  When he asks why, she says she will tell him "in due time".

Kala tells Stark the Netherworlders were originally descended from Atlantis, from when it was part of the surface world.  At one point, Atlantis was menaced by tidal waves.  The scientists of Atlantis were ready for that, and put an unbreakable dome over the city, which allowed the people to survive even as Atlantis sank to the bottom of the sea.  It continued to sink into the Earth over many years until it reached the core, where it currently exists as the Netherworld.

Tony asks again what Kala wants with him.  She says the time is right for the Netherworld to invade the surface world, and introduces Baxu, leader of the military forces.  He tells Stark they have been observing the surface world for a long time, and that's how they learned all Earthly languages and also that Stark is America's greatest inventive genius.  Kala says they need Stark to make devices that will allow them to reach the surface, as they don't have the power to do it.  She says if he refuses, he and the guard and the scientist will be executed.

Stark defiantly states Earth is not defenseless, and that Iron Man could defeat all of the Netherworld's forces by himself.  Baxu warns Stark is not lying and Iron Man is definitely a threat; he feels they should delay their invasion.  Kala dismisses Baxu's words and repeats her threats to Stark.  She also threatens to activate a device that will end all life on the surface, and then Stark agrees to work for her.  He says he needs a lab, some materials, total privacy, and no interference.  Kala agrees and orders Baxu to give Stark what he needs.

When Stark and Baxu are alone, Stark questions if he supports the invasion.  Baxu does not and furthermore doesn't like taking orders from a woman.  Stark asks why he doesn't just overthrow Kala, as he has the military might to do it - is it because he loves her, as Stark suspects?  Baxu admits Stark is right but cuts off the conversation.

Stark uses the lab to build a duplicate Iron Man suit.  He finds Baxu and tells him he has returned Stark to the surface, and quickly subdues Baxu.  Kala attacks Iron Man with the Netherworld's greatest weapons, but he easily neutralizes them.  He then demonstrates some of his own powers, including making multiple images of himself, which confuses Kala.  He then grabs her and takes her to the surface.  As Iron Man suspected, the atmosphere of the Earth is vastly different from the sealed underground Netherworld, and Kala ages many years.  Iron Man warns her that her army would suffer the same fate.

When they return to the Netherworld, Kala is young again and thanks Iron Man for not destroying her beauty.  She says she will free the guard and the scientist, and asks Iron Man to stay and become her consort.  He declines, and suggests Baxu would be a better choice for king.  He urges Baxu to marry Kala and rule wisely.  Baxu thanks him for teaching Kala "a well deserved lesson" and says he will always be welcome in the Netherworld.

This is the best of Robert Bernstein's Iron Man tales thus far.  It doesn't take long for the story to get rolling and not all of the action is confined to the last two pages, unlike previous issues.  Kala, who I think is Marvel's first female villain, wasn't much of a threat in the end (nor were her weapons), but both she and Baxu were well fleshed out characters.  Tony Stark gets some of the spotlight here, standing up to Kala and then tricking her so Iron Man can save the day.

Bonus points to Bernstein for establishing a connection between Tony Stark and Iron Man.  This was probably the seed for making IM an employee of Stark.

As I've said before, the art here looks more like Heck than Kirby, and it is gorgeous.

In case anyone is wondering, the Netherworld was originally Atlantis in this story, but has nothing to do with Namor - who has appeared in a few FF stories already.

There was a story where the original Atlanteans left Atlantis when it sank and Namor's people, who were nomads, found it and moved in.

At the time of this story (and the Tyrannus story in Hulk#5) the Mole Man was still considered to have died in FF#1.