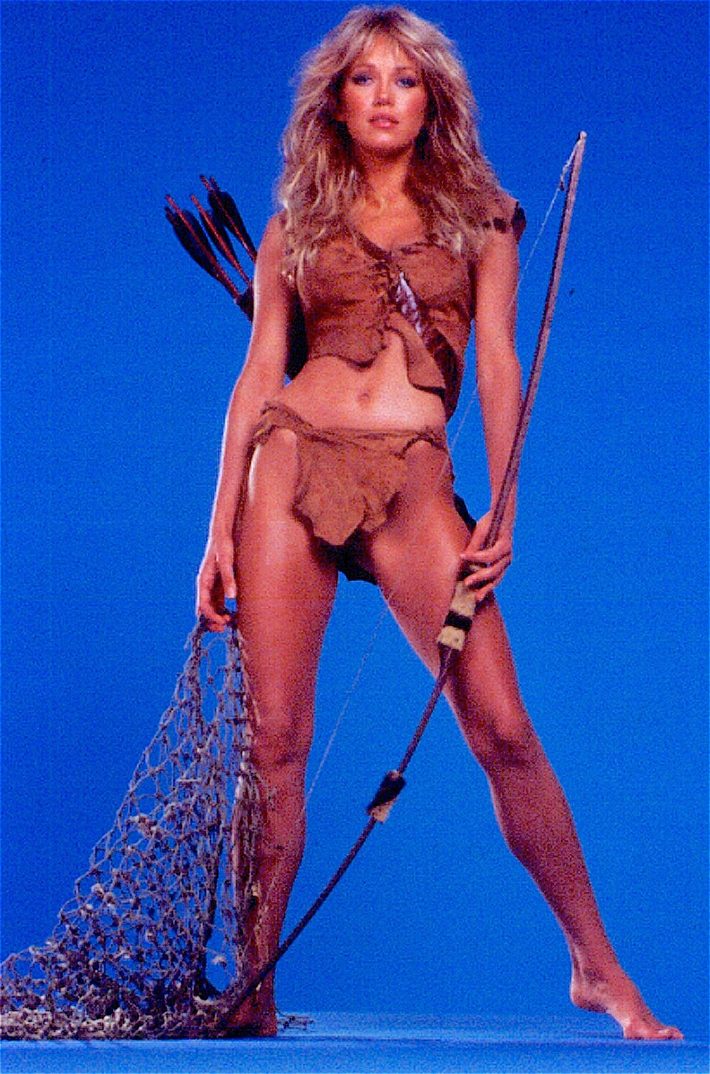 According to The Hollywood Reporter,Tanya Roberts has died.

Weirdly, she was reported dead, then that report was corrected (she was still alive), but the she died again. You'd think she was a member of the X-Men.

Every obit I saw, from both deads, usually described her as a Bond girl (A View to a Kill), a Charlie's Angel ('80s version) and a member of the That '70s Show star. None of them mentioned her star turn in Sheena, Queen of the Jungle (1984). That's where I knew her from — I didn't watch the other stuff — but that movie was such a failure that they don't even list it on her obit's CV.

RIP Sheena. Thanks for the loincloth, Tanya.

I guess there's more prestige in being a Bond girl or a Charlie's Angel than in being the star of your own film, when said film is a flop.

Jacklyn Smith gave Tanya Roberts a nice tribute on Instagram. After the kerfluffle over the announcement of her death, it came to light that it was because of complications from a urinary tract infection that spread to her kidneys and gall bladder, liver and bloodstream. Nasty stuff.

Apparently, The first report of her death was initiated by her boyfriend (name not mentioned) who, in grief, may have misinterpreted something he was told by doctors.

Richard Willis replied to ClarkKent_DC's discussion The New Season (2022)
"I've watched the first two episodes of Quantum Leap, and really like it. The character…"
35 minutes ago

I don't suppose anyone has a list of pitchers and balls for the fastball special? By pitchers I…See More
4 hours ago
1 Comment 0 Likes

Once again, friends, it's time for the latest guidance from Marist College, which has inherited the…See More
5 hours ago
1 Comment 0 Likes

PowerBook Pete, the Mad Mod replied to Emerkeith Davyjack's discussion All-purpose newspaper strips discussion
"Following are the Mutts comic strips from a couple of weeks ago."
8 hours ago

PowerBook Pete, the Mad Mod replied to Emerkeith Davyjack's discussion All-purpose newspaper strips discussion
"Maybe the word "comics" is a problem, and there are those who consistently refer to them…"
8 hours ago

PowerBook Pete, the Mad Mod replied to Emerkeith Davyjack's discussion All-purpose newspaper strips discussion
"So many still think all comics or animations are for kids after decades of proof otherwise."
8 hours ago

Richard Willis replied to Emerkeith Davyjack's discussion All-purpose newspaper strips discussion
"Jeff of Earth-J said: One of the themed "letters to the editor" columns appeared under…"
8 hours ago

Jeff of Earth-J replied to Jeff of Earth-J's discussion She-Hulk
"By the time of Marvel's 18th graphic novel in 1985, I had long since given up buying every…"
9 hours ago