Terrific TV shows can be terrific comics, too 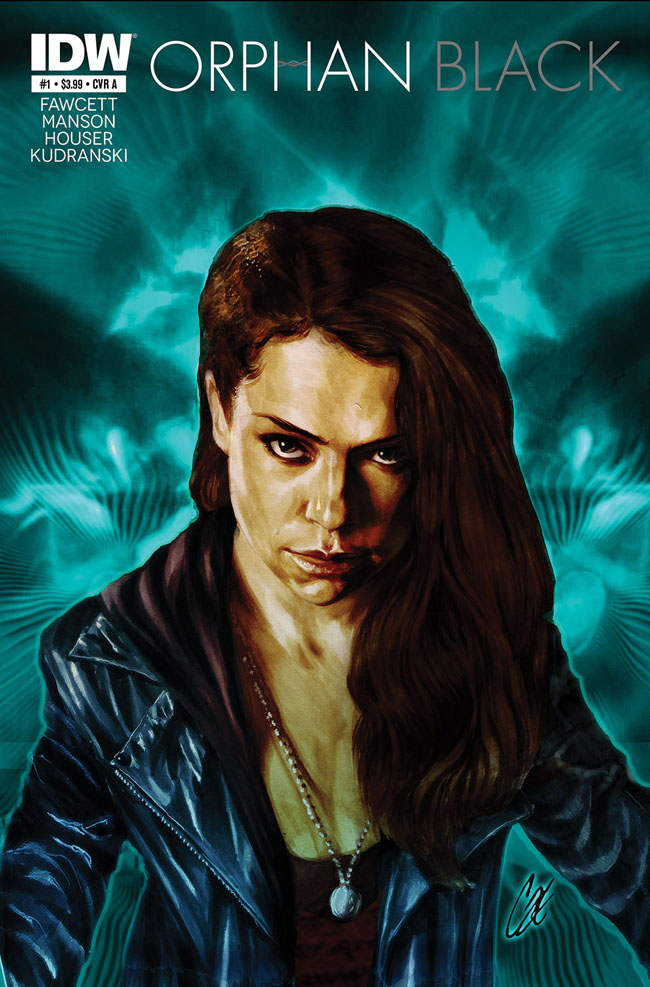 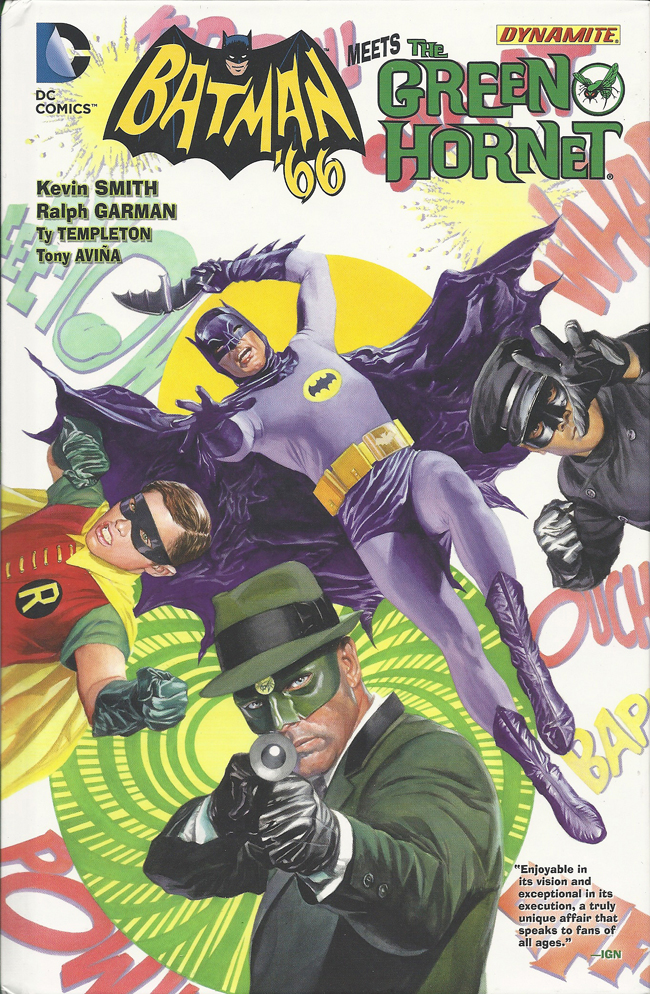 Batman ’66 Meets the Green Hornet is a romp in the style of the old TV show. Copyright DC Comics/Dynamite Entertainment Inc. 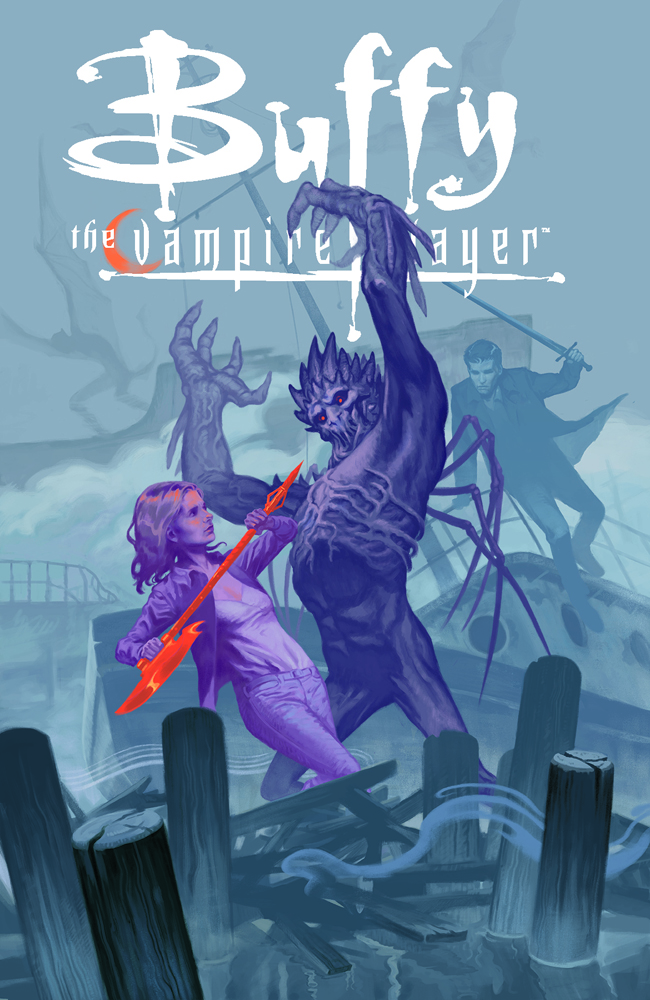 It seems like comic books are taking over TV. But it goes the other way more often – occasionally with great success.

Such is the case with Orphan Black, the BBC America sci-fi show about a woman and her many clones on the run from various forces that seek to control or kill them. Orphan Black the comic book launched last month – and according to Diamond Comic Distributors Inc., which distributes the vast majority of comics in North America, it was the No. 1 title in February, with almost a half million copies sold.

But it’s still pretty impressive for a book based on a TV show published by No. 4 publisher IDW to beat the rest of the top 10 in February, which included four Spider-Man books, four Star Wars books, Batman and Justice League. Miller notes that “this is the first time a publisher besides Marvel, DC and Image has made the top slot since Dreamwave with Transformers back in 2002.”

And it deserves it. Orphan Black #1 ($3.99) is very good. The story in the first issue is titled “Sarah,” and follows Sarah Manning through her origin, as she discovers her identical “twin” Elizabeth Childs, and takes over the latter’s identity when Childs commits suicide. It also introduces the clone that is killing the other clones, as well as giving hints about the as-yet-unnamed Dyad Institute and the Proletheans. These elements, so familiar to fans of the show, were parsed out perfectly for newbies, laying down just enough to intrigue without spilling too much.

Fidelity to the source material is to be expected, as the book is written by Orphan Black creators Graeme Manson and John Fawcett, along with writer Jody Hauser. Artist Szymon Kudransky is more than equal to his task as well, utilizing the scratchy Bill Sienkiewicz style that allows for convincing facial renderings. In other words, actress Tatiana Maslany is instantly recognizable no matter which clone is being depicted, which is an absolute necessity for following this kind of story.

“We’re working hard to make sure the comic reads well for those who haven’t seen the show yet,” Hauser explains in an afterword, “but I think fans of the show who already have a love for these characters and are hungry for more of them will get the most out of it. It’s really because of the fans that comics like this even get made, so making sure that there’s plenty for them to chew on only makes sense.”

Another successful TV-to-comics project has an almost incestuous provenance. Batman ’66, published by DC Comics, is an all-ages book based on the 1966-68 Batman TV show. That program, starring Adam West and Burt Ward as campy versions of the Dynamic Duo, was based loosely on the Batman comics of the time. So the concept went from comics to TV back to comics, thereby completing the circle of life.

Batman ’66 takes place in an endless 1966, with all the characters, gadgets and “sets” modeled on the show. West, Young, Frank Gorshin (Riddler), Burgess Meredith (Penguin), Victor Buono (King Tut) and all the rest are recognizable in the same roles they played on TV. Even  Cesar Romero, who famously refused to shave his mustache to play The Joker, is drawn with facial hair evident beneath pancake makeup. It’s like the show never left the air!

Well, OK, the comic book isn’t as campy as the show. Perhaps Jeff Parker, who does the bulk of the writing, didn’t think tongue-in-cheek dialogue would work in a print medium. But all the characters remain over-the-top in their earnest sincerity, despite the preposterous nature of the villains’ schemes and the sublime silliness of the Caped Crusaders’ outfits.

One can laugh with Batman ‘66 or at it; the choice is up to the reader. Either way, it’s that rarest of all titles, one that can be enjoyed by children and adults alike.

Two Batman ‘66 collections have been released, but are somewhat marred by uneven art. The jewel, however, is the recently released Batman ’66 Meets the Green Hornet ($22.99). Perhaps inspired by the actual 1966 episodes where the two crimefighters met, Parker makes this unlikely crossover look easy. His clever dialogue and fast pace allow the  Gotham Gangbusters ro remain somewhat silly and the Green Hornet and Kato to remain more serious, without either “breaking character,” or Batman realizing (as he surely would) that the Hornet is only pretending to be a crook. Parker’s fluid grace in making this work is a joy to behold.

Meanwhile, the art couldn’t be more satisfying. Artist Ty Templeton has long been known for his effective blend of cartoonish style with realistic rendering, and that works perfectly to carry Parker’s breezy tone.

There are a lot of other terrific TV-to-comics titles, including Adventure Time at BOOM!; Flash, Arrow and Teen Titans Go! at DC; Battlestar Galactica and Twilight Zone at Dynamite; Doctor Who at Titan; and many more. Given the general high quality of comics these days, virtually all are worth a look.

But two more suggest themselves for special mention.

One is Buffy the Vampire Slayer, which Dark Horse has continued despite the show going off the air, currently publishing “Season10.” Series creator Joss Whedon continues to oversee the project, and print has carried the Scooby Gang’s story forward in amazing ways that a limited-budget TV show never could.

The other is The X-Files at IDW, which in general is a well-done book. Of special merit is the recently collected X-Files: Year Zero ($19.99), which links a case Scully and Mulder are investigating in the present day with the very first X-File, from 1946 New Mexico. Not only are the mysteries fascinating, but writer Karl Kesel manages to mimic the testy (but entertaining) chemistry between series leads David Duchovny and Gillian Anderson.

For example, when Mulder notes that he has an X-Files searchable database on his phone, Scully reacts with exasperated disbelief, “You made an X-Files app?”

“Don’t be ridiculous, Scully,” deadpans Mulder. “The Lone Gunmen made it for me.”

It's amazing how far these sorts of things have come, since the days of Gold Key (mind you, I loved Gold Key) and Dell, which would adapt any vaguely kid-friendly show or movie into some sort of comic book, usually pretty half-arsedly. A well-written, well-drawn adaptation of Orphan Black? Who'd'a thunk it? 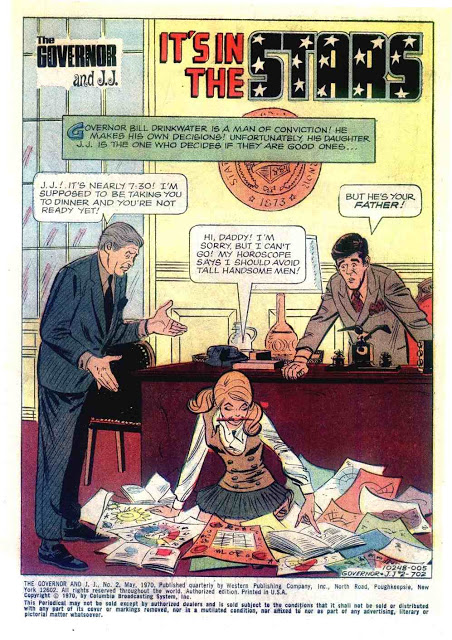 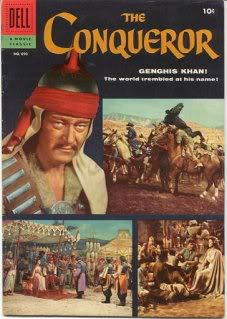