Then Gabrielle Douglas went up, as confident as anything, and she stood straight and tall -- well, as tall as you can when you're 4 foot 11 -- and did her routine, all jumps and leaps and turns and somersaults and what not, and then she landed, and let out this smile that would melt a glacier, like "WHOA! I got this!"

So my joy in this moment is not only in the triumph of an American, in the success of the first Black woman to win the individual all-around competition and the first Black woman to win the individual and the team all-around in the same Olympics, and in the knowledge that, going into this Olympics, nobody thought much of her -- oh, they thought she was good, but not that good, certainly not great. There was another girl on the American team who was anointed, who everybody thought was going to win it all, who was going to come home with her neck straining from the weight of all the gold medals she was going to win .., except for the inconvenient fact that she didn't even qualify!

So, I'm happy for Gabrielle Douglas for rising to the occasion, and for having that confidence and that poise and that talent and that skill and that pluck and for really really believing in herself when not everyone around her did. You go, girl!

Or people have different tastes. I've seen Vertigo, and I didn't like it. Then again Roger Ebert lost me when he gave Under Siege 2 a thumbs up. (Gene Siskel gave it a thumbs up as well)

I'm ashamed of myself for finding this so funny.  (OK, not really, but I feel like I ought to be.  Does that count?)

The 100 most suggestive panels in vintage comics.

My favorite: "Robin! Thanks! Whew! My knees are still wobbly!"

Regarding Harvey, Jimmy Stewart's character was an alcoholic, so this may have been the image contemporary audiences didn't like. He wasn't mentally ill. He just happened to know a giant invisible rabbit. At the end of the movie the head psychiatrist interacts with Harvey, so I believe the intent of the story was that Harvey was real. In a similar vein, when Tom Hanks (our modern equivalent of Stewart) played the hero hitman in "Road to Perdition", a family friend and movie fanatic was unhappy that he played the part of a killer. Paul Newman playing the mob boss apparently didn't bother her.

I regard "Vertigo" as a great film. The greatest ever made? Don't think so. It's debatable whether it's even Hitchcock's greatest. I personally prefer "North by Northwest" for sheer entertainment, "Psycho" for scares, and "Marnie" for a psychological study.

But Hitchcock made several great films, and "Vertigo" is undeniably one of them. It was a box-office flop in 1958. People apparently didn't want to see Jimmy Stewart playing a mentally ill person.

Honestly, the plot and the acting. For me there was just something off with both of them. I did like Barbara Bel Geddes though. I haven't seen all of Hitchcock's film, but this was one of my least favorite of the ones I have seen.

Also, this could have just been overhyped by the time I saw it. I bar was so high that when I did see it I was just let down.

Travis Herrick said: "I've seen Vertigo, and I didn't like it."

Yesterday, I cooked pork chops for lunch. My 6-year-old granddaughter got a whole one, put it on her fork, and began to eat it as if it were a popsicle. At least twice, she said "This is delicious."

Last week, I was with my almost-four-year-old niece. We have a thing between us where we say "Gimme some pound cake!" and then we bump knuckles and say, "BOOM!" She had the idea for the first time to do "pound cake" with our heads. Before I could react, she head-butted me so hard it brought tears to my eyes. I asked, "Are you okay?" She said, "Yeah, I'm fine," while rubbing her forehead and smiling.

Uncle Jeff, however, had to lay down on the couch for a minute.

Yesterday, I cooked pork chops for lunch. My 6-year-old granddaughter got a whole one, put it on her fork, and began to eat it as if it were a popsicle. At least twice, she said "This is delicious."

I found a little mini poster for the old Vertigo series 100 Bullets. I have no idea where I got it, I assume from my LCS, but that was a nice surprise.

I am soooooo tempted to revive the Caption Contest right now ... 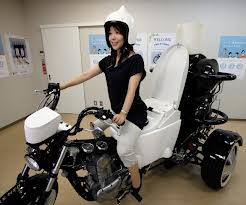