I remember reading an installment of such a club in a Weird Tales collection, but couldn't say if the writer made other installments in other issues. WT was cancelled in 1954 so it had to be before that. Charles Dickens' The Pickwick Papers uses a similar idea, although he didn't directly have the characters sit down and tell the stories to each other. Geoffrey Chaucer's Canterbury Tales has a group of pilgrims telling their stories as they travel.

...What about the now-somewhat-dated term " the society page " , which used to be a bigger deal in newspapers of the mid-20th Century than now ?

I dunno... I always thought the "Justice Society of America" sounded pretty cool, like an elite group that only a chosen few could get into because their sole reason for getting together was the pursuit of justice. I think DC got it exactly right.

Makes the JSA sound like a stuffy rich man's group, doesn't it? The mental image is of a bunch of balding men sitting around smoking pipes and trying to top each other with their tall tales, which is what the Red Torrnado said they were doing in All-Star#3, making up stories. "Ah...I remember my trip to the Saturn! Quite an interesting story, really, chaps. Let me see now...it all began when, in my civilian identiy I..." Call me a nerd but as a kid I found listening to older people's stories a lot more interesting than chasing a ball around with kids my age. I would have been thrilled to find a group like this that let me hang out with them. Perhaps that's what Johnny Thunder was supposed to represent, the typical reader listening in on the heroes' adventures. Maybe if they'd used Scribbly or some other character that didn't have powers and didn't keep complaining about things and making the team's food disappear (if I was Atom or Hourman I'd've tossed Thunder out at that point.)

As for Ma Hunkle being a member, Flash asks her to pull up a chair, suggesting he's offering her membership, but she says she has to go and quickly leaves, which could be considered meaning she rejected the offer. Of course, she had good reason to leave. Really made these great heroes look childish when they found out she'd lost her pants and couldn't stop laughing. Obviously it was a boys' only club, no girls were wanted.

Frankly, I think they blew it. Never heard of her or Johnny Thunder before, but from that one page she appeared in, and the dumb story Thunder was in, I immediately decided I'd much rather Ma had joined the JSA than Stupid. At least she had a costume and tried acting like a superhero, even if she looked a lot like Forbush Man (at the time I had no idea he copied her instead of the other way around, and how did Stan get away with giving one of his characters a DC costume, anyway? Was she that obscure that DC forgot they owned her?)

Heck, even Sisty and Dinky as the Cyclone Kids would have been less annoying.

You mean the JSA wasn't a "stuffy rich man's group"?  I know that a few years ago, there was a piece to the effect "scenes from the class struggle at the JSA Mansion", but the fact was, a good chunk of the membership was "old money" (Batman, Hawkman, Sandman, Starman, Wonder Woman (as Princess Diana, if not Diana Prince), with Mr. Terrific a self-made millionaire (or more), while others (Flash, Green Lantern, Dr. Fate, Hour-Man, & Dr. Mid-Nite) all had college degrees at a time before the GI Bill put college in reach of the general public, likewise Wildcat had been pre-med before his father lost his money, and the Atom apparently spent over a decade as a full-time college student, which had to have been expensive, so most of their families had access to substantial funds at the height of the Depression.  That leaves Superman, Spectre, Johnny Thunder, Red Tornado & Black Canary as the only "working class" heroes, and the latter two both owned their own businesses, and the Spectre & Johnny Thunder were both dating heiresses.  No wonder Ma Hunkle turned them down!

And of course Superman and the Spectre could have been richer than Midas if they felt like it.

They also insulted her by calling her the Red Tomato. And when Wonder Woman joined they made her their secretary. I can see Ma complaining to Sisty about what a bunch of chauvinist twits they were when she got home.

While it's not part of a series, The Upper Berth (1886) by Francis Marion Crawford opens with a meeting about to break up when one member, Brisbane, mentions that he once saw a ghost on a ship, then proceeds to tell the story.

I can see Ma complaining to Sisty about what a bunch of chauvinist twits they were when she got home. 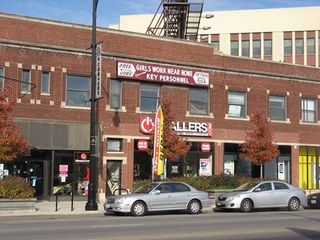 That could almost be forgiven in the 1940s, even though women were taking over jobs as men went off to war.

But even in the 1960s, WW was the JLA's secretary, because, you know, secretaries (ie, the person who takes notes at meetings) is a woman. She also was in charge of cleaning up the HQ.

Even when they celebrated their 100th meeting (in JLA #100) by serving a gigantic cake, GL powered up gigantic serving utensils to cut the cake and gave them to the three female members to use. Because cutting cake is women's work! Even in 1972!

While it's not part of a series,

I wasn't doubting that there were earlier stories in which a person tells others a story. As you say, it goes back to Canterbury Tales, as well as to Scheherazade. I was questioning the idea of a series in which members of a club get together on a regular basis to tell each other stories.That's what the JSA was doing, which is different, I think.

That was a big draw for me with the JLA. They got together monthly, and if a major crisis didn't hit (though it often did), they shoot the breeze, tell stories, clean up the place, etc. They spent a lot of time sitting around their conference table working out strategies and comparing notes. That's the kind of superhero club I could relate to, because I could do that.

OW!! Anybody got some aspirin?

The problem with a character like Plastic Man is that IMO he worked best in his own reality as written and drawn by Jack Cole, with his unique mix of humorous adventure.  He certainly doesn't seem like a good fit for the more serious super-hero stories of the Bronze and later ages.  Of course, he could be made to fit, but then it wouldn't really be the same character as depicted by Jack Cole, just one who has the same costume and powers.

A DC revival of the Marvel Family in the 60's would have worked brilliantly and far better than their revival of Plastic Man in my opinion. Although Mort Weisinger, who was a very powerful and dominant figure, would have not allowed it probably as it would have competed with Superman.

I'd say keep Plas the same and have people react to him like he's crazy. "He never listens to them...he knows that they're the fool..." Not everyone in the world is sarcastic, street smart, etc. Having some naive, friendly, happy people (yes, some do still exist in this world) like the Marvels would make a good contrast when Batman and Wonder Woman get overly serious. Make Captain Marvel serious and you've got Superman in a different costume, and you've already got a Superman.

I'd still prefer they put Cap and Mary and Plas and others like them on their own Earth and keep the angst out of it. You have great powers and can do almost anything with them, so why be so serious all the time? Unfortunately suggest that and the companies think wackiness like Forbush Man and Ambush Bug, and that's not the same thing as "humorous adventure."