Marvel Studios president Kevin Feige announced the entire lineup for Phase Four of the Marvel Cinematic Universe July 20 at Comic-Con International: San Diego. While he piled surprise atop surprise, comics fans may have had a sense of déjà vu.

Let’s explore the new Marvel slate to see why:

1) Black Widow (May 1, 2020): The movie is set after the events of Captain America: Civil War, but the oft-mentioned adventure in Budapest is promised. Scarlett Johansson stars, along with David Harbour (Alexei Shostakov/Red Guardian), Florence Pugh (Yelena Belova), Rachel Weisz and O-T Fagbenle. The villainous Taskmaster will make his screen debut.

Comics Connection: Alexei Shostakov was introduced in 1967, a Soviet fighter pilot and cosmonaut who was married to the equally famous ballerina, Natasha Romanoff. He became the Soviet Union’s answer to Captain America, Red Guardian, while she became a spy.

Yelena Belova is, like Romanoff, a product of the Red Room and calls herself Black Widow. She is often an antagonist, but has had her own solo miniseries, Black Widow: Pale Little Spider (2002).

Tony Masters is a mutant who can mimic the physical movement of anyone he witnesses, from pro athletes to superheroes. He trains henchmen, because somebody has to.

2) The Falcon and the Winter Soldier (Disney+, fall 2020): Anthony Mackie and Sebastian Stan reprise their movie roles in this ex-sidekick team-up. Weirdly, Falcon has become Captain America and Winter Soldier is now called White Wolf, so the title is a bit misleading. Anyway, they’ll battle Zemo (Anthony Bruhl), the villain of Civil War.

Comics Connection: While the duo have never officially teamed up for any length of time, they are both former Cap sidekicks who appear together a lot, and both have filled in as Captain America. Zemo has been a Cap foe since World War II, when he killed Bucky (he got better). In Marvel’s The Eternals, Angelina Jolie will portray Thena, as depicted here by Daniel Acuña for the cover to The Eternals (fourth series) #3 (2008).

Comics Connection: Created by the legendary Jack Kirby in 1976, the Eternals were a hidden race created in pre-history by The Celestials, giant armored beings with unfathomable motives. (The skull of a dead one serves as the Knowhere space station in both comics and movies.) The Celestials also created the Deviants, whose DNA is unstable to the point where no two look alike. The powerful and immortal Eternals – they have total molecular control – have been quietly keeping the more numerous Deviants at bay for millennia. During that time their actions have given rise to various mythologies, hence the familiar-sounding names.

4) Shang-Chi and the Legend of the Ten Rings (Feb. 12, 2021): A master of kung fu (Simu Liu) will battle the nefarious Mandarin (Tony Leung), leader of the Ten Rings terrorist group that kidnapped Tony Stark in Iron Man. A fake Mandarin, played by Ben Kingsley, featured prominently in Iron Man 3, but Leung is the real deal.

Comics Connection: Shang-Chi (which means “rising of the spirit”) first appeared in 1973 as a martial arts assassin working for his father, Fu Manchu. When he discovered his pops was evil, Shang joined the other team, Sir Denis Nayland Smith and MI-6, for adventures blending espionage with the kung fu craze of the time. Marvel no longer has the rights to Fu Manchu and related characters, so it’s likely The Mandarin – who has been an Iron Man foe with ten super-powered rings since 1964 – will substitute for Shang’s daddy.

5) WandaVision (Disney+, spring 2021): The Vision (Paul Bettany) is dead, an adult Monica Rambeau (Teyonah Parris) will appear for some reason and this all leads to the second Doctor Strange movie somehow. Elizabeth Olsen, who plays Wanda “Scarlet Witch” Maximoff, said “it’s gonna get weird.” Yes, I’m sure it will.

Comics Connection: Wanda Maximoff and The Vision fell in love in the comics right around the time of the Kree-Skrull War, and got married in 1975. They also had two children, which was of course impossible, and the youngsters later turned out to be subconscious inventions of Scarlet Witch’s reality-altering power. That drove Wanda mad, and she created a world called “House of M” where mutants were the ruling species. After the world was restored, the two kids reappeared as teens/young adults, and I still don’t understand that one. Scarlet Witch stories are usually completely bonkers.

Wanda and Vision have had two miniseries together, and the Android Avenger has had a critically praised solo miniseries where he was a suburban dad with a wife, two kids and a dog – all androids. Come to think of it, Vision stories are pretty bonkers too.

Monica Rambeau is the energy-manipulating superhero Photon, who was once an Avengers chairman. She’s had several other superhero names, including (believe it or not) Captain Marvel.

6) Doctor Strange in the Multiverse of Madness (May 7, 2021): Benedict Cumberbatch returns as the Sorcerer Supreme, in what is described as Marvel’s first horror movie. Scarlet Witch (Olsen) is apparently a big part of it.

Comics Connection: Without more to go on, it’s hard to tell. But Scarlet Witch’s power set includes genuine magic, and she’s been tutored by Strange and is a peer. So there’s that.

7) Loki (Disney+, spring 2021): This series follows the alternate Loki created due to the Avengers’ interference in the timeline in Endgame. This version of the God of Mischief is a lot less cuddlier than the one that died in “Infinity War.”

Comics Connection: There have been lots of different versions of Loki in the comics – including animals, a child version and a woman – which is entirely appropriate for a shapeshifting trickster god. Whatever attitude, disguise or gender Tom Hiddleston affects for the show, it will probably have a precedent in the comics. Comics Connection: That scenario is straight out of the delightful “Hawkeye” series by Matt Fraction and David Aja, published in 2012. Part of the charm of the series, though, is that the comics version of Hawkeye is kind a screw-up, and teenage Kate is always the actual adult in the room. How Marvel will make this work with the humorless movie version of Clint Barton will be interesting. 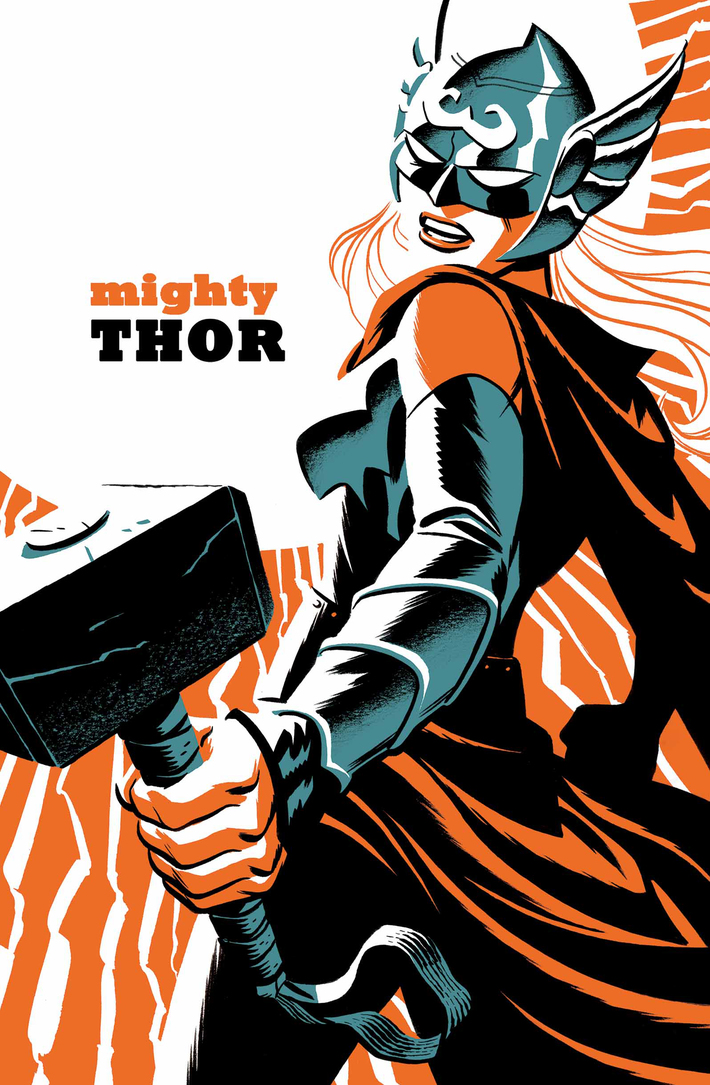 9) Thor: Love and Thunder (Nov. 5, 2021): Director Taiki Watiti will continue the more light-hearted approach to the God of Thunder (Chris Hemsworth) he established in Thor: Ragnarok, and we’re promised that Jane Foster (Natalie Portman) will also wield Mjölnir (which I assume will be re-created somehow) as a female Thor.

Comics Connection: Jane Foster became Thor in 2014 when the Odinson was convinced he was unworthy, and could no longer lift Mjölnir. There was a catch, though, in that Jane had cancer and becoming the Goddess of Thunder cleansed her body of the chemotherapy that was saving her life. So every time she became Thor, her human self came one step closer to death. Now, that’s being worthy!

The male Thor is Thor again these days – you knew that would happen – but Jane got a consolation prize: She’s the new Valkyrie.

10) What If…? (Disney+, summer 2021): This animated series will explore alternate outcomes to major events in the Marvel Cinematic Universe, many of them with the original actors voicing their characters. Jeffrey Wright (Westworld) will voice Uatu, from the alien race of Watchers, who – as the name implies – observe events throughout the multiverse, but do not interfere.

Comics Connection: Marvel has published a number of What If titles, with each issue exploring a different alternate scenario for major events in the comics. The first issue (in 1977) answered the question, “What If Spider-Man Joined the Fantastic Four?” Other stories, like “What If Jane Foster Had Found the Hammer of Thor?” (1978) eventually became canon. The comics were narrated by Uatu the Watcher as well, although he was killed recently in the “Original Sin” storyline.

Obviously, as we get closer to the various premieres, how the new MCU projects will line up with the comics (or not) will be more obvious. But heck, guessing is half the fun.