CAP'S NOTE: It has finally happened: I've received waaay too much PR this week to include in a single post.

So I'm going to break it down into individual days. That's still only five posts total, so it won't drive all other posts off the front page, and a silver lining is that this will break the PR down into manageable gulps. I guess in the future I'll post daily as time allows, instead of saving it all for Friday. Hey, maybe we'll even get a chance to talk about some of it! DOOR TO DOOR, NIGHT BY NIGHT brings you the story of a motley crew, the Heritage Mills door to door sales team, who travel from town to town, knocking on doors. They're the best at what they do... which also means they're the worst. They're broken, each and every one of them, haunted by closets so full of skeletons, they're bursting. When they discover a terrible secret behind one fateful door, it opens their eyes to a world full of real monsters hidden in every small town.

“When I was a kid, way back during those formative years, back when I was really discovering and digging into horror for the first time, my dad ran a door-to-door sales team,” said Bunn about the series' origins. “They traveled all over the country, knocking on doors, running fundraising programs, primarily for volunteer fire departments in rural areas. I often traveled with my dad on his sales trips, and I met some of the most interesting characters you might ever hope to meet. They were, as I recall, an odd lot, a collection of burnouts and drunks and ne’er-do-wells, all of whom were good at one thing—sales—and not much else.

“They knocked on doors all day, every day,” continues Bunn. “At night, though, they scattered off into the dark. Now, I know they went off to find liquor stores and honkytonks where they could spend their hard-earned cash. I got to thinking, though…”

“What if they were up to something more… something supernatural… when night fell.”

“As soon as I got the first script and the cast of characters for DOOR TO DOOR, NIGHT BY NIGHT, I could picture everyone clearly in my head,” added Cantiro. “Big bearded former teacher Alex with his grading pens still in his shirt pocket, the intense angular Cal with a cross pin on his outdated wide lapel, Lacey’s cascading asymmetrical hair and 80s fashions, Maxine’s Sigourney-Weaver-in-Aliens final mom energy. I imagined Will as a softer, warmer Don Draper, but my first drawings turned out looking uncannily like Cullen’s own father, without ever having seen a picture of him.”

“Fred was a little more of a challenge,” added Cantirino. “Cullen gave me a description of Fred as a guy wearing polo shirts and jeans, hair thinning, sporting a mustache. I compiled some reference photos, including one of my dad from the same time period “Door to Door” is set, matching that description and sitting on a terrible plaid couch, drinking a beer next to a friend’s baby. I didn’t indicate that it was my dad in that jumble of reference photos, but Cullen picked him out of the line-up and said something like, “that guy in the top left corner, but with more meat on his bones” and that was it for me. We had somehow managed to both channel each others’ dads into the comic without realizing it. I felt very reassured that this was where I was supposed to be. I spent two years processing my dad’s illness and death while drawing I Walk With Monsters and Human Remains- now I was bringing a little of him back to life."

DOOR TO DOOR ,NIGHT BY NIGHT will hit store shelves on November 16th 2022. The entire series will be published with a line of B cover variants by master horror artist, Brain Hurtt (The Sixth Gun, The Damned). A small-time thug learns that the love of his life and their infant daughter didn’t die eighteen years ago, but were taken by a supernatural entity to a realm where time runs slower and where they’ve aged only seven months—and now he has a chance at redemption if he can save them.

The elusive creatures of mud and blood known as the dokkaebi live just off of Route 4 in east Texas, in the ancient pine forest known as the Tanglechase. Joon-Ho, a Korean immigrant with a shadowy past, and his estranged grandson Jae-Sun, a disillusioned small-time thug, are the only people in the nearby town of Vane who know the true nature of the dokkaebi. Together, they must figure out what’s causing the creatures to turn hostile. Perhaps it has something to do with the interdimensional portal at the heart of the Tanglechase, for it is from here that the past comes knocking, demanding a reckoning from both men.

QUOTE FROM THE WRITER/CREATOR Frank Kim

“Most people outside Texas don’t realize the tremendous natural beauty of the state. It’s not all deserts and tumbleweeds, as most movies would have you believe. There’s a beautiful old-growth pine forest in the eastern end of the state and, as someone who grew up there, this is my attempt to set the record straight. Korean mythology is rich with intrepid swordsmen who wander the wilderness going from one adventure to another, much like classic Western stories of the mysterious gunslinger. So this here is my fusion of two cultures that seem disparate on the surface but have a lot in common underneath: a modern Western with swords, magic, monstrous villains, and Love that transcends space and time. Hopefully people enjoy reading it as much as I did in dreaming it up.” 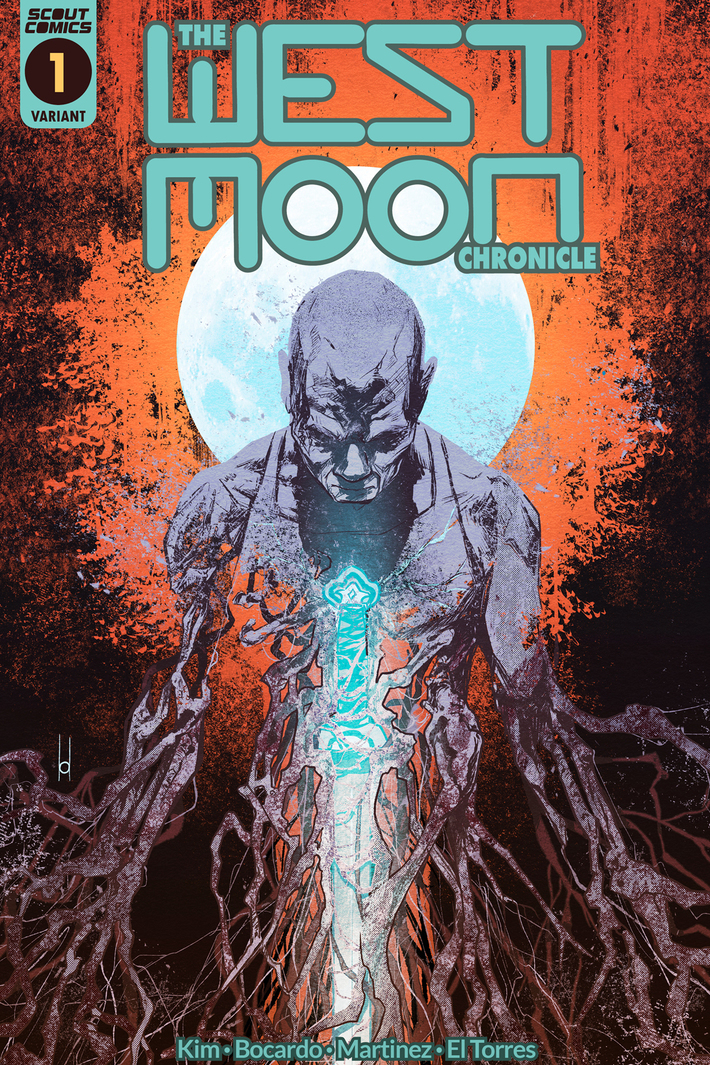 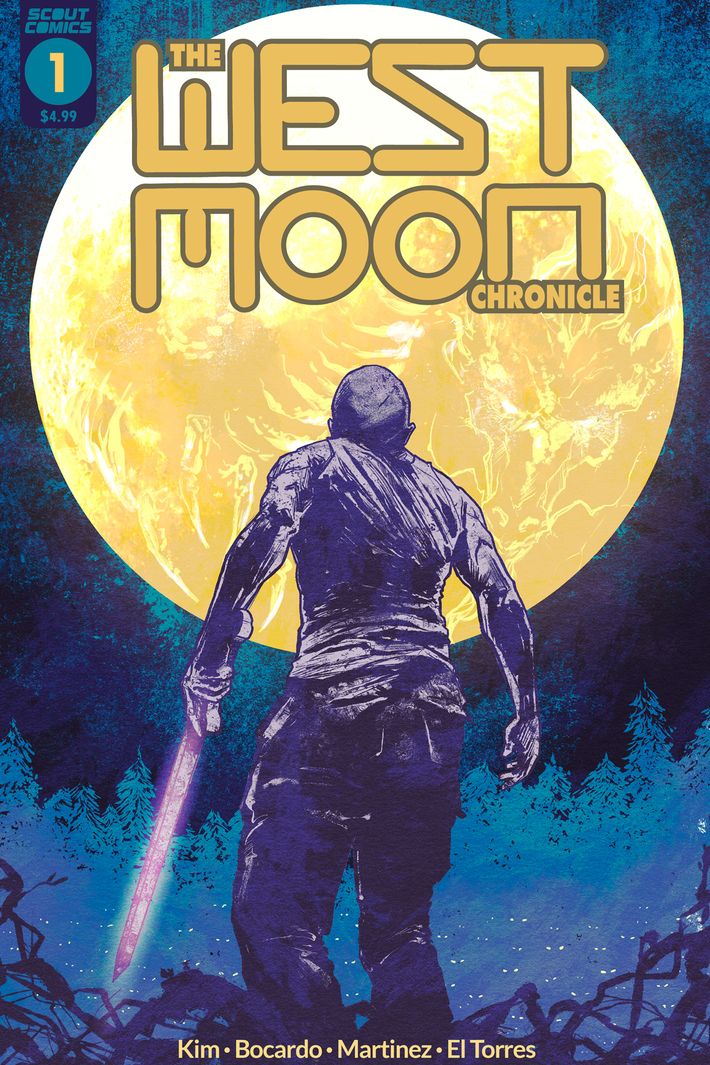 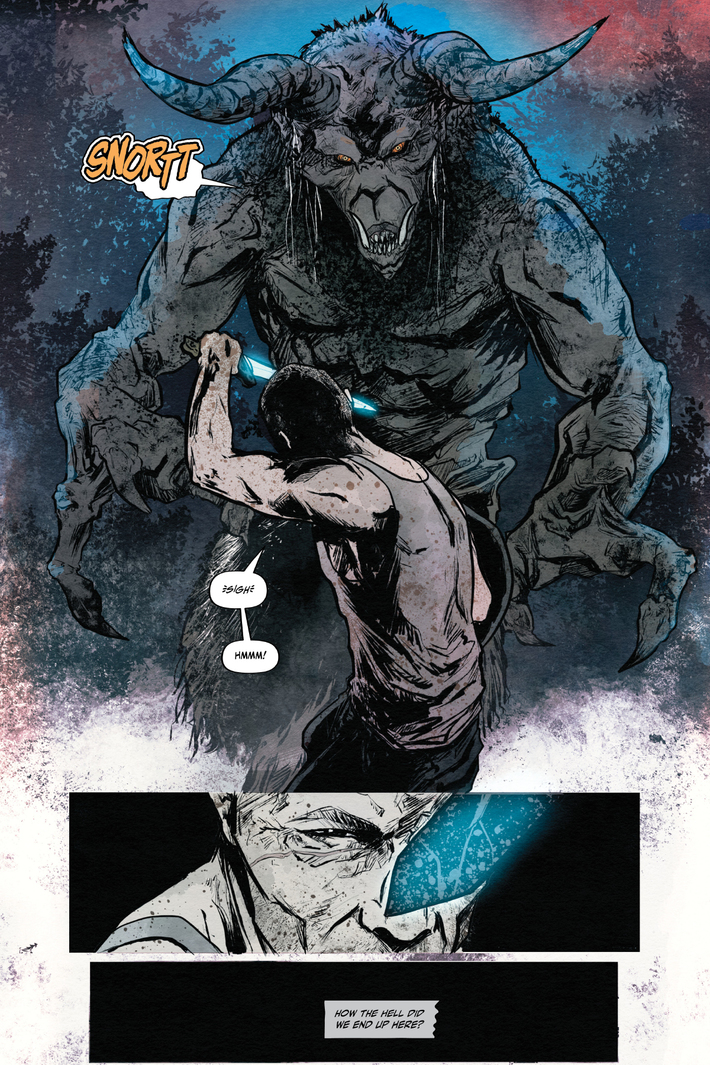 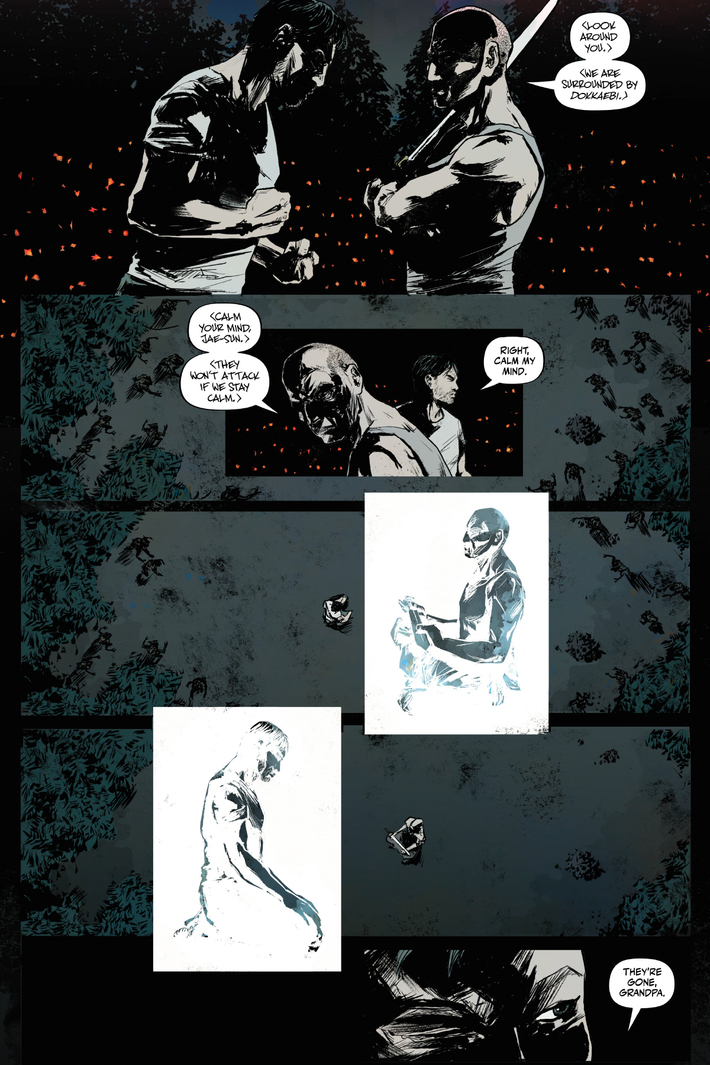 New York, NY— August 15, 2022 — Next month, Marvel Comics is proud to honor Hispanic Latinx Heritage Month by celebrating Latin and Latinx creators and characters in a new issue of MARVEL’S VOICES: COMUNIDADES, a giant-sized one-shot of uplifting and action-packed tales set throughout the Marvel Universe! In addition, artist Leonardo Romero, known for his eye-catching work on titles like Hawkeye and Shuri, will highlight some of your favorite Latin and Latinx super heroes in a new collection of variant covers. Gracing the covers of some of Marvel’s hottest current titles, these six art pieces showcase the cultural richness of Marvel Comics with a diverse lineup of heroes from many backgrounds!

Here's who fans can see in the collection:

Check out all six MARVEL’S VOICES COMMUNITY COVERS now and collect them starting next month! For more information, visit Marvel.com. 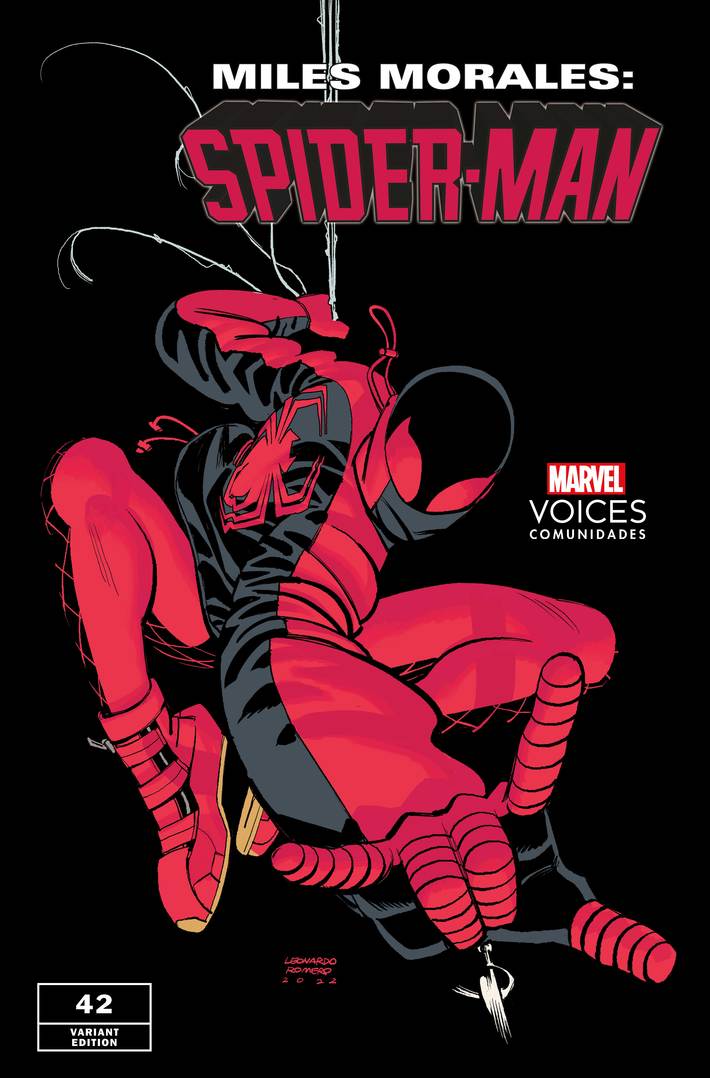 Nomad returns this November but who will bear the mantle this time? Steve W replied to Steve W's discussion A Cover a Day
"Wow, what an interesting month! Who would've thought that "first and last" would be…"
43 seconds ago

Philip Portelli replied to Steve W's discussion A Cover a Day
"After Robin, Aqualad and Kid Flash teamed up in Brave & Bold #54 proved so popular…"
3 hours ago

Jeff of Earth-J replied to Jeff of Earth-J's discussion The Ninth Doctor Adventures
"4.3 - THE FORTH GENERATION: "The Forth Generation have emerged. The Doctor, the Brigadier, Sam…"
3 hours ago

ClarkKent_DC replied to Steve W's discussion A Cover a Day
"I loved that book."
5 hours ago

Jeff of Earth-J replied to Jeff of Earth-J's discussion Star Trek: Strange New Worlds
"STRANGE NEW WORLDS: As the episode begins, Enterprise is in drydock and has been for a year being…"
8 hours ago

Peter Wrexham replied to Steve W's discussion A Cover a Day
"Yes, I was already considered the first and last issues of Showcase (not least because we also…"
9 hours ago

Jeff of Earth-J replied to Steve W's discussion A Cover a Day
"Richard Willis already posted the first and last of She-Hulk's second series. Here's her…"
9 hours ago