March 4, 2021 — So, DC Comics has rebooted its superhero line again. Except not really.

Through much of last year, the DC superheroes battled through something called “Dark Nights: Death Metal,” in which pretty much the whole multiverse was destroyed.

And then, of course, reborn. The nice thing about being a comics fan is knowing that, no matter how terrible everything might get, there’s always a Reboot Button somewhere.

So everything came back, only at first through a lens called “Future State.” For the first two months of 2021, DC’s superhero line was replaced by books showing various futures for the various characters. Some, like Future State: Superman of Metropolis, was set in the near future and showed Kal-El’s son Jonathan Kent as his father’s successor up in the sky. Others, like Future State: Swamp Thing, were set so far into the future as to take place on an unrecognizable Earth.

And, being a reader with a high comics comprehension level, I read these books with an eye toward the central question: Did these books represent THE future of the DC Universe, or simply A future or two (or 12)? And that question was never answered, coyly leaving us to believe that these books, in fandom parlance, were canon.

But with March came the reboot, called “Infinite Frontier,” with The Spectre intoning that the previous two months were “possible futures that may or may not come to pass. It falls on humanity to decide now.” And, while the Ghostly Guardian doesn’t always sit at the right hand of God, he’s usually within shouting distance. Anything he says is as canon as it gets.

Normally, I’d be really irritated, feeling like I’d been robbed — that the two months of books I’d just read “didn’t count.” But weirdly, they kinda do. Not only did “Future State” introduce some characters that we’re definitely seeing in the relaunch, but those various futures are already unfolding in revamped books that began arriving on March 2. The Infinite Frontier #0 cover shows a lot of characters, and the 64-page story tries to tell you the current status of each one. (Cover art by Dan Jurgens, copyright DC Comics)

The place to start is Infinite Frontier #0, a 64-page book (for $6) that serves as an overview of the DC Universe, as The Spectre takes Wonder Woman (and us) on a tour. (Infinite Frontier #1 is supposed to arrive sometime this summer, a book about which I know absolutely nothing.)

Here are some of the most interesting: 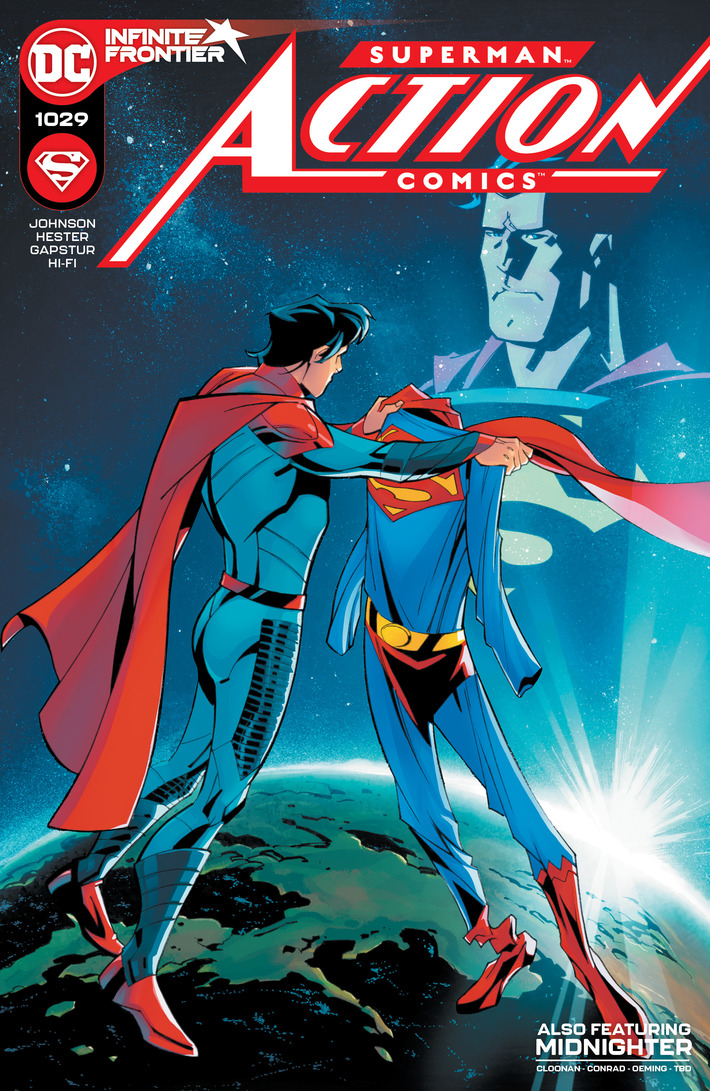 This book still stars Superman, as it has since 1938. But it returns as a $4.99 40-pager — most comics are $3.99 and 32 pages — because each issue will have a back-up story starring second-tier characters who don’t have a title. That’s very welcome, since there are so many characters who just can’t support a monthly book that I still want to see. 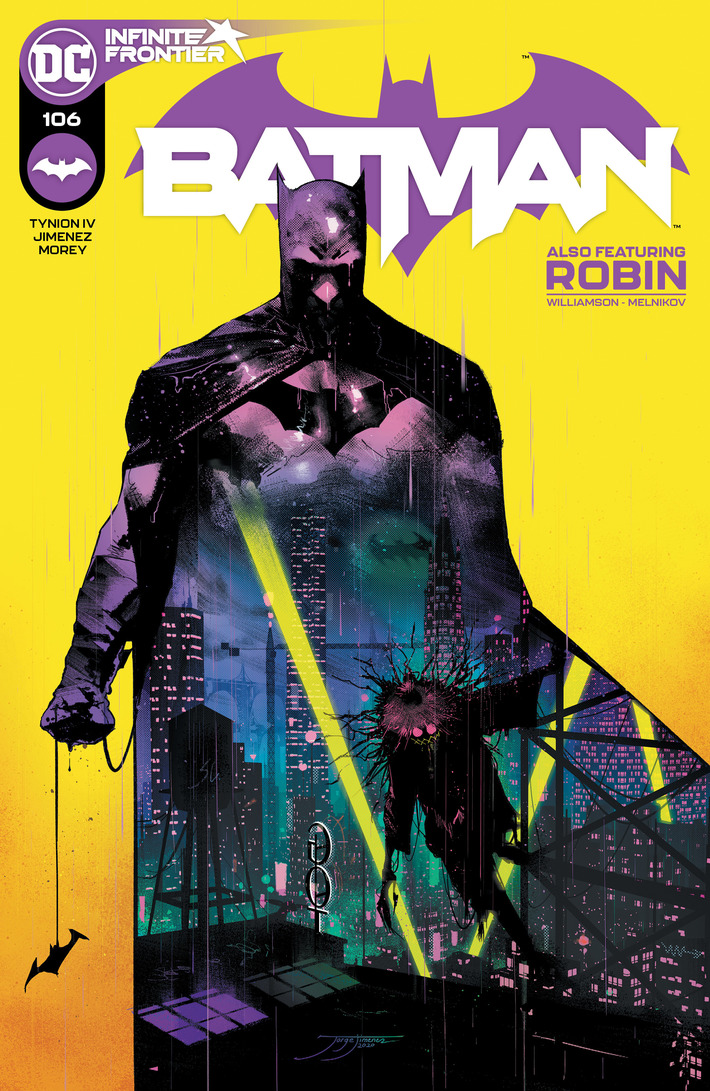 This book is also a 40-pager with backups, and there are lots of second-tier Bat-characters from which to choose. And in the front of the book, we’ll see the rise of The Magistrate, the fascist rulers of Gotham in the “Future State” books. Say, maybe they do count! This title takes the Dark Knight around the world in pursuit of a mystery. It seems like the perfect Bat-book for someone who doesn’t want to pay attention to the other Bat-books. 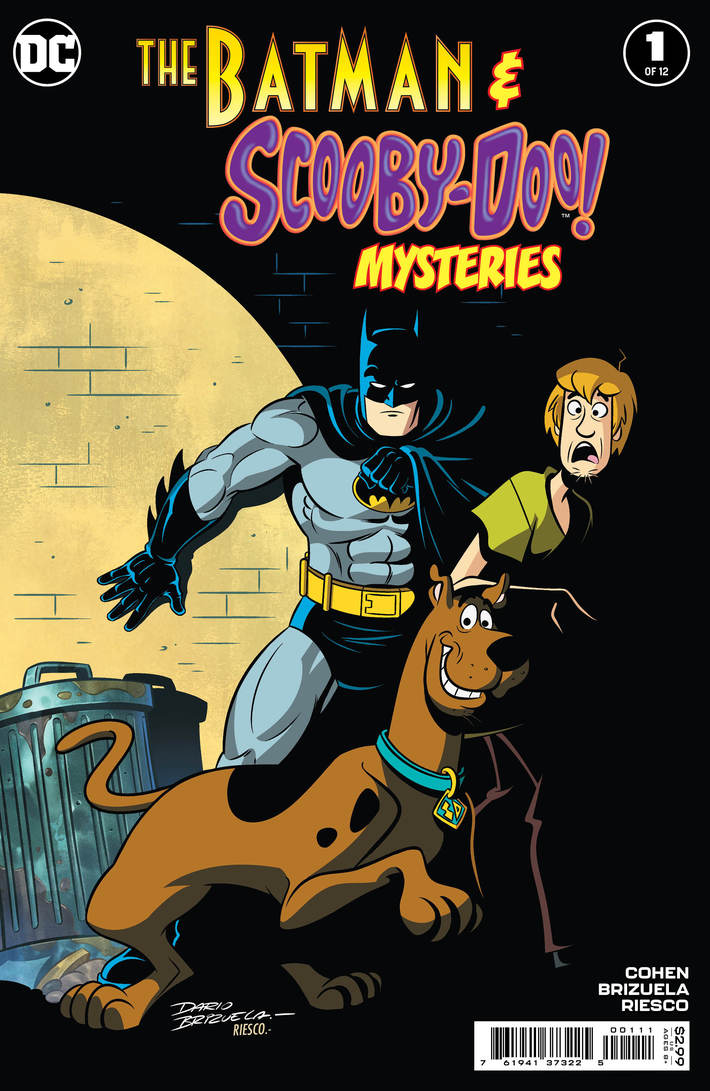 The Batman & Scooby-Doo Mysteries: At last! The Dark Knight Detective and the Mystery Inc. gang team up every month to find out which gardener is dressing up as a ghost! This is pretty exciting: A genuine anthology, 64 pages of stories for eight bucks featuring (in the first three issues, at least) Oracle, the Outsiders, Grifter and various Batgirls.

Mister Miracle: The Source of Freedom “Future State” depicted Shilo Norman, the protégé of the original Mister Miracle, taking on the Mother Box, aero-discs and garish, eye-test costume. I assume this book will show how that came about. 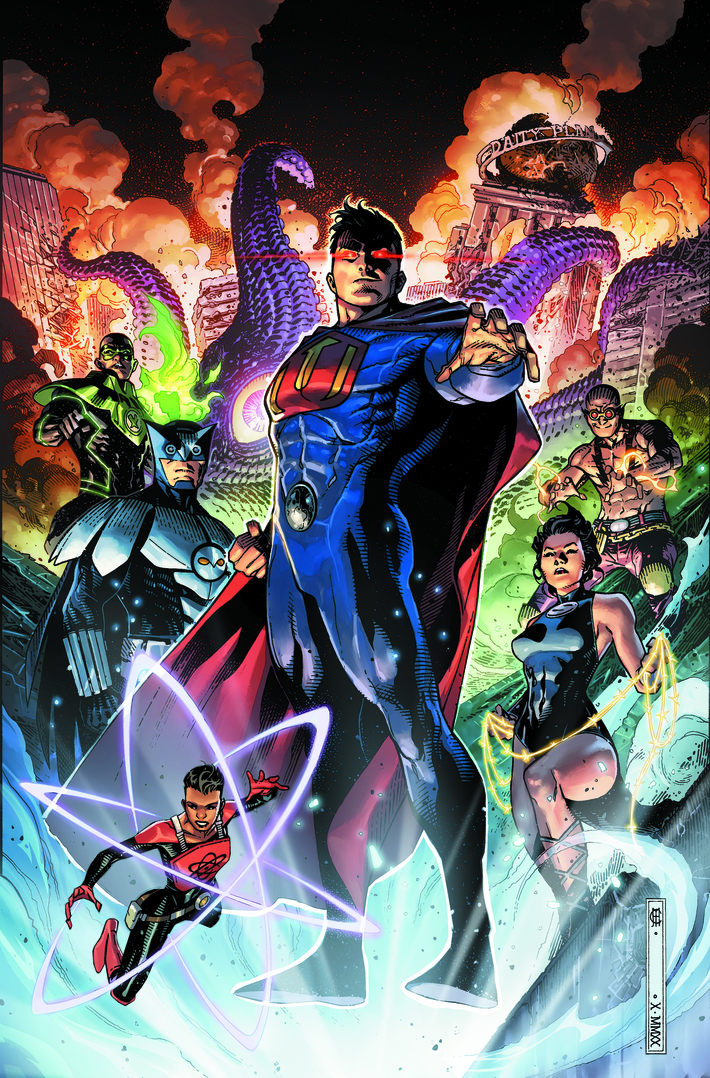 This six-issue miniseries features the evil Justice League of Earth-3, where good is bad and bad is good. I’ve always found Ultraman, Superwoman, Owlman and the rest vastly amusing in their pettiness, vanity and incompetence, when I’m not being horrified by all the mayhem and murder. Another 40-pager, with Batman in the front and Damian “Robin” Wayne in the back. What’s not to love? 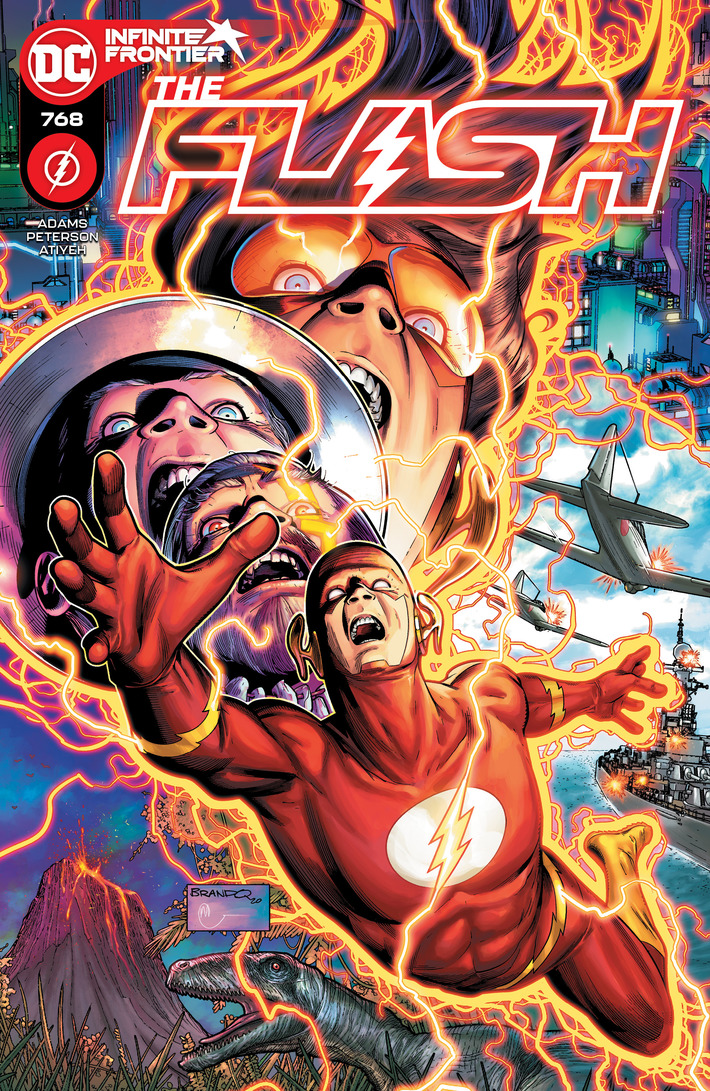 Now starring Wally West as the Scarlet Speedster! Of course, it’s not the first time the former Kid Flash has taken on his mentor’s mantle. At least this time, Barry Allen isn’t dead. (He’s off mapping the multiverse, which sounds like the best job ever.) 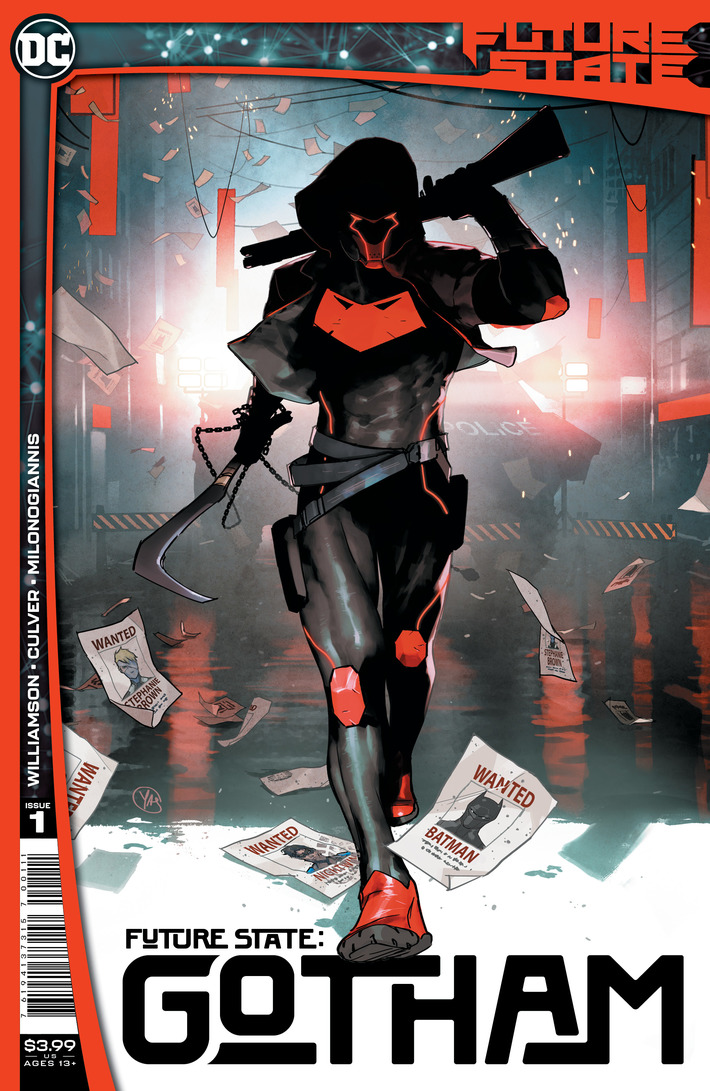 Yup, more adventures set in the “Future State” city where The Magistrate rules with an iron fist. 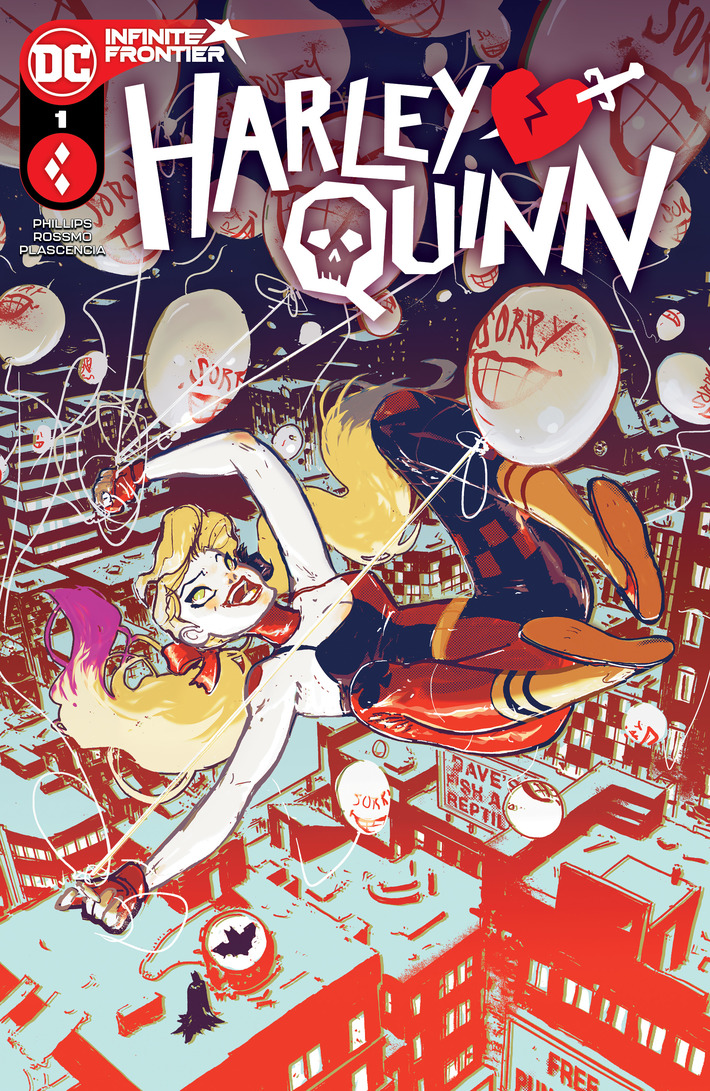 Harleen returns to Gotham to make up for all the wrong she’s done. This may take a while. The Harlequin of Hate gets an ongoing title by doing something so awful in Infinite Frontier #0 (which I won’t spoil) that he has to flee Gotham. James Gordon (not currently the GCPD commissioner) is in hot pursuit, part of a worldwide manhunt. There’s a backup here, too, starring Punchline — a replacement henchgirl for Harley Quinn, now that the Maid in Motley is (mostly) a white hat now. The team has a new lineup, featuring Black Adam — who goes by “Shazadam” now. Why would they change his name when a movie titled Black Adam is coming out next year? *Shakes head* Anyway, this 40-pager stars the always-welcome Justice League Dark in backup stories.

Legends of the Dark Knight #1 The Next Batman: Second Son 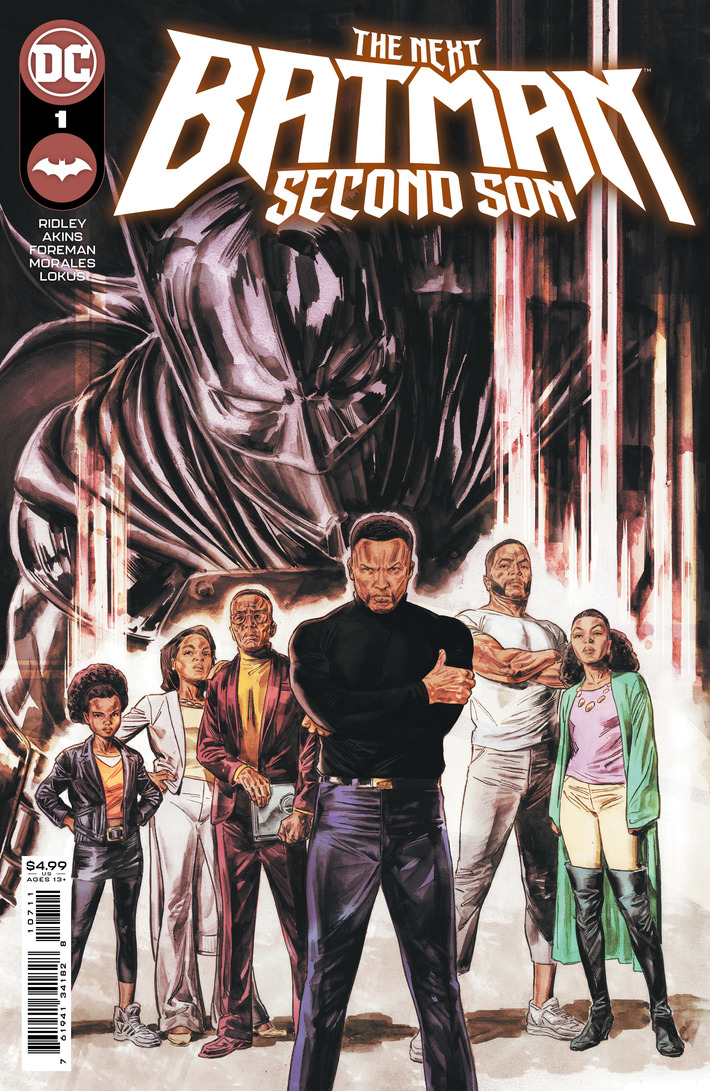 This digital-first title promises to explain how Lucius Fox’s youngest son Tim ends up as Batman, as we saw in the “Future State” books. 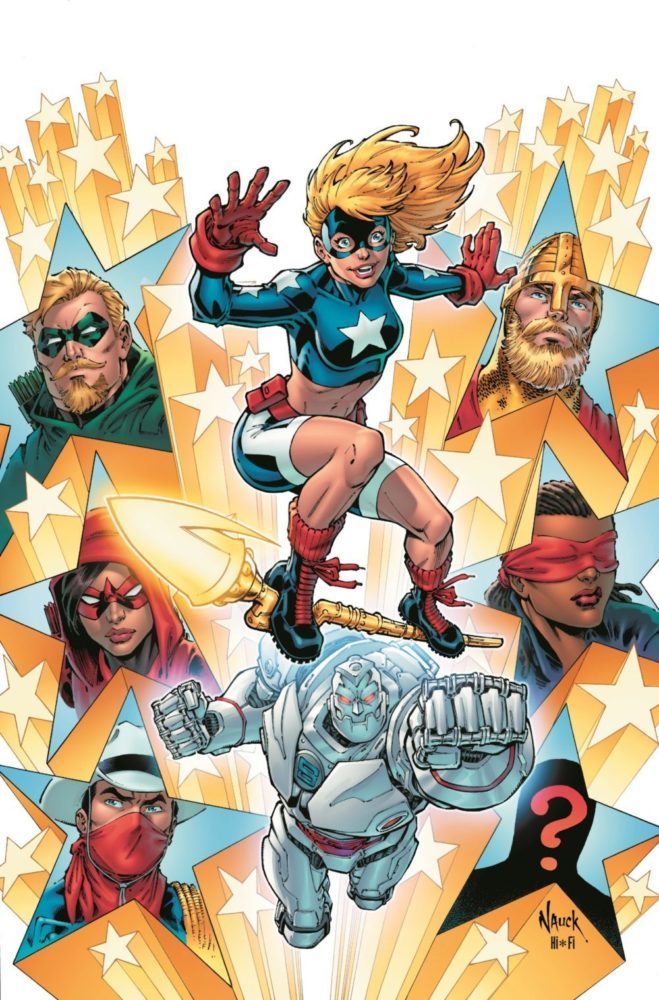 If you like the TV show, you’ll love the comic book. 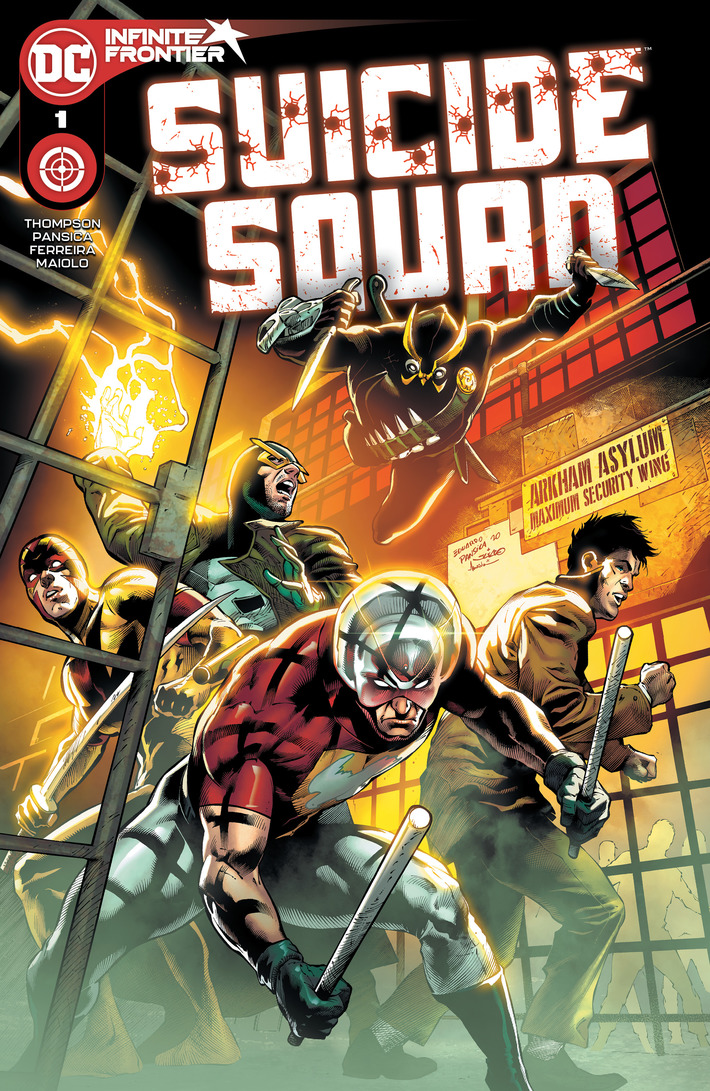 The Maid of Steel in space adventures, accompanied by Krypto. I’ll read anything with Krypto in it. 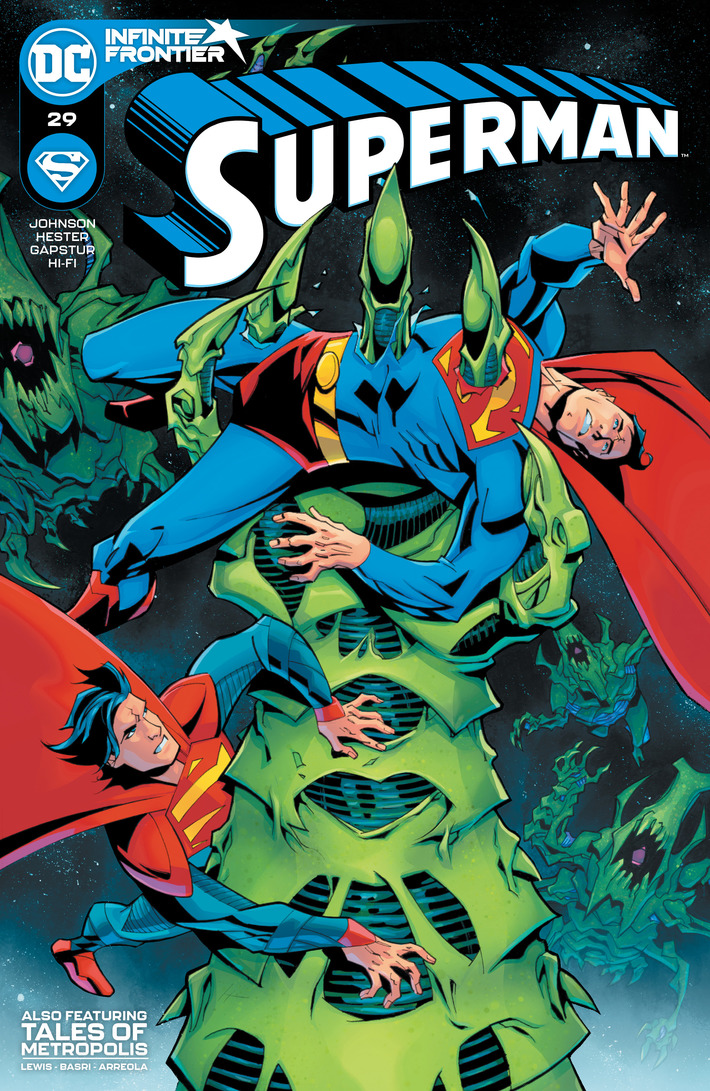 Starring the Man of Steel teamed with his super-powered son, Jonathan. That’s something we’ve never seen before. This book has back-ups, too, starring (so far) Jimmy Olsen and Ambush Bug. 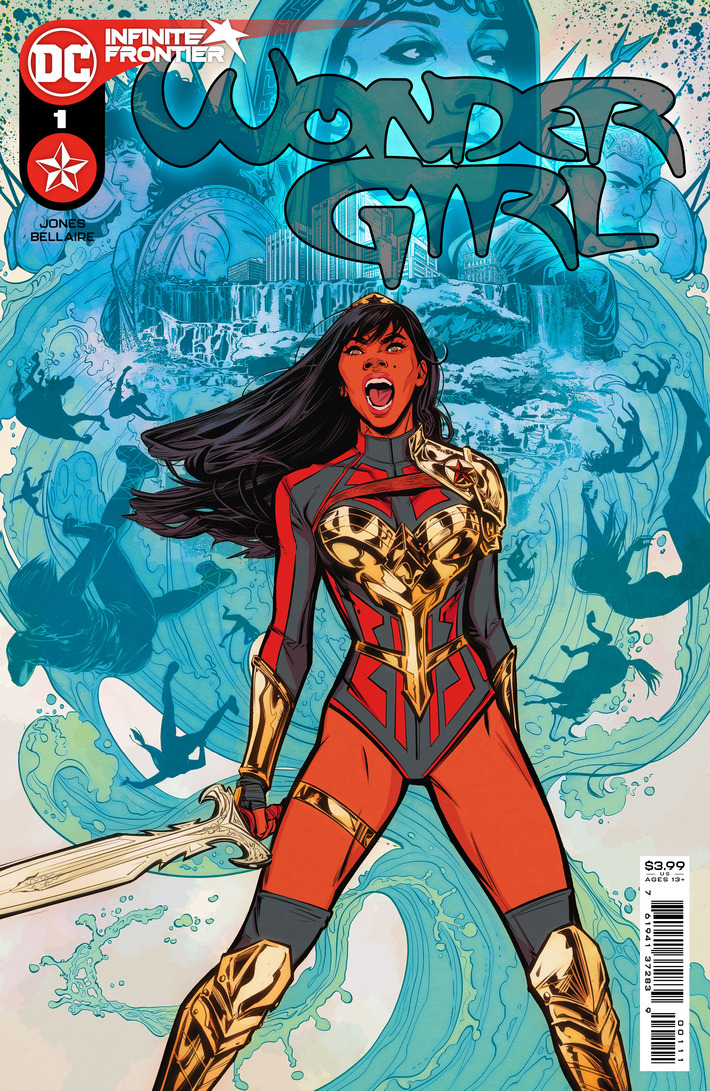 This is a new Wonder Girl, a daughter of an Amazon and a Brazilian river god. I’ve loved her every appearance so far, and if that’s only because of the gorgeous artwork of creator Joëlle Jones, is that such a bad thing? 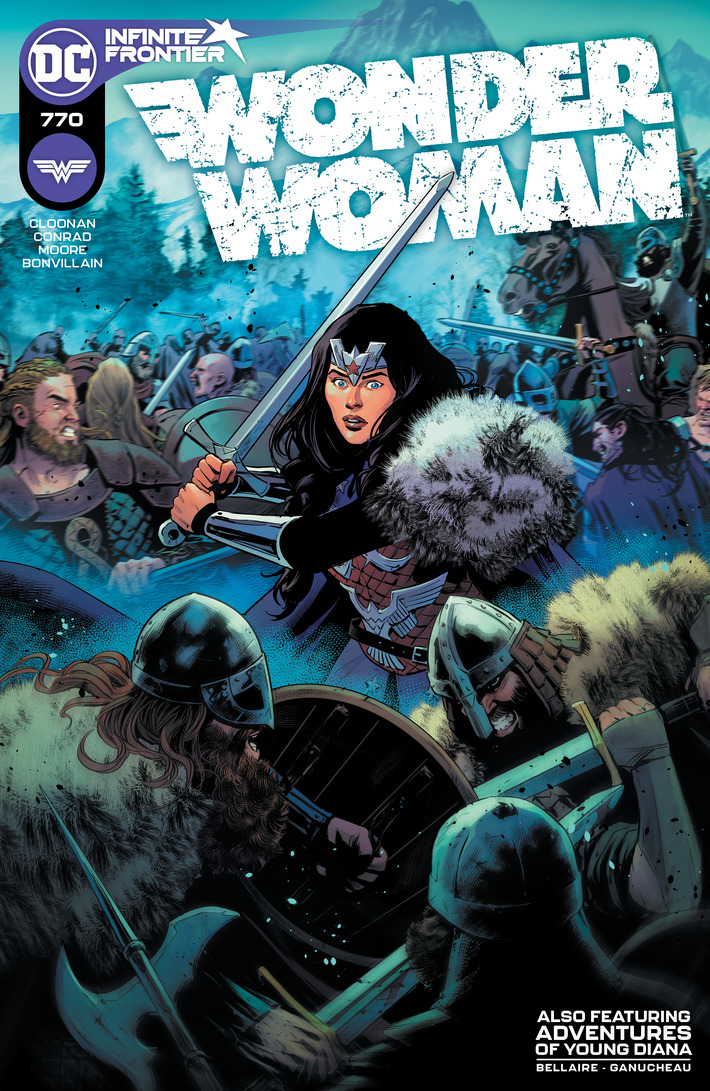 Diana almost became a god at the end of “Dark Nights: Death Metal,” so maybe we shouldn’t be surprised when she wakes up in Asgard, where no one else is surprised to see her, either. I smell a mystery! Or maybe that’s the backup, which features stories of Young Diana Growing Up and Learning Lessons.

I have to stop here. This line is beginning to really look infinite.