'GoT,' 'Vikings,' 'Sabrina': Three shows that failed to stick the landing

The TV landscape is littered with formerly favorite shows that failed to stick the landing, and thus remain bitter in memory. Lost. Dexter. Seinfeld.

There is no single reason, no obvious land mine to avoid. Series finales can remain unsatisfying because they’re tonally off, poorly thought out, morally suspect, badly written, implausible or just inexplicable and weird. (Looking at you, Sopranos.) But the biggest mistake seems to be rushing through it.

Genre shows have no superpower or mystic spell to avoid the same doom.

Perhaps the Ur example is Game of Thrones, once one of the most talked-about shows in history … which almost no one talks about any more. That’s due to the rushed and clumsy ending. 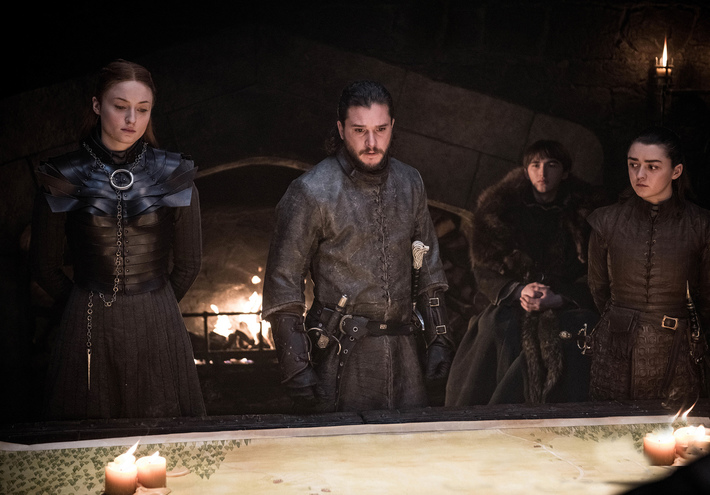 Here are a few of things that didn’t sit well with me. (NOTE: Spoilers for Game of Thrones, Vikings and Chilling Adventures of Sabrina ahead.)

Part of the problem is that Game of Thrones outran its source material, and had to come up with its own ending — demonstrating in the worst way that the show’s writers didn’t understand these characters as well as the audience did, and didn’t have George R.R. Martin’s skill and imagination.

But the majority of these faults are the result of simply rushing through the final season, which was shorter than any previous season. Actions and decisions in the last few episodes needed room to breathe, so the audience had time to accept them — room they didn’t get.

It didn’t help that it was widely known that showrunners D.B. Weiss and David Benioff had been offered a Star Wars trilogy (an offer which later evaporated). Many fans believed — unfairly or not — that they were shafting the audience on their current fantasy series to get to a much more lucrative fantasy series. This resulted in much resentment.

So: Rushing to the end is bad. One should treat a series finale like a well-planned feast, with lots of table setting over multiple episodes. Gobbling down fast food instead infuriates the audience, which has invested tons of time and emotion. What should be a celebration becomes, instead, a Red Wedding.

That fault erupted in our next candidate, Vikings. The series finale did indeed feel rushed, but that was not the only fault. 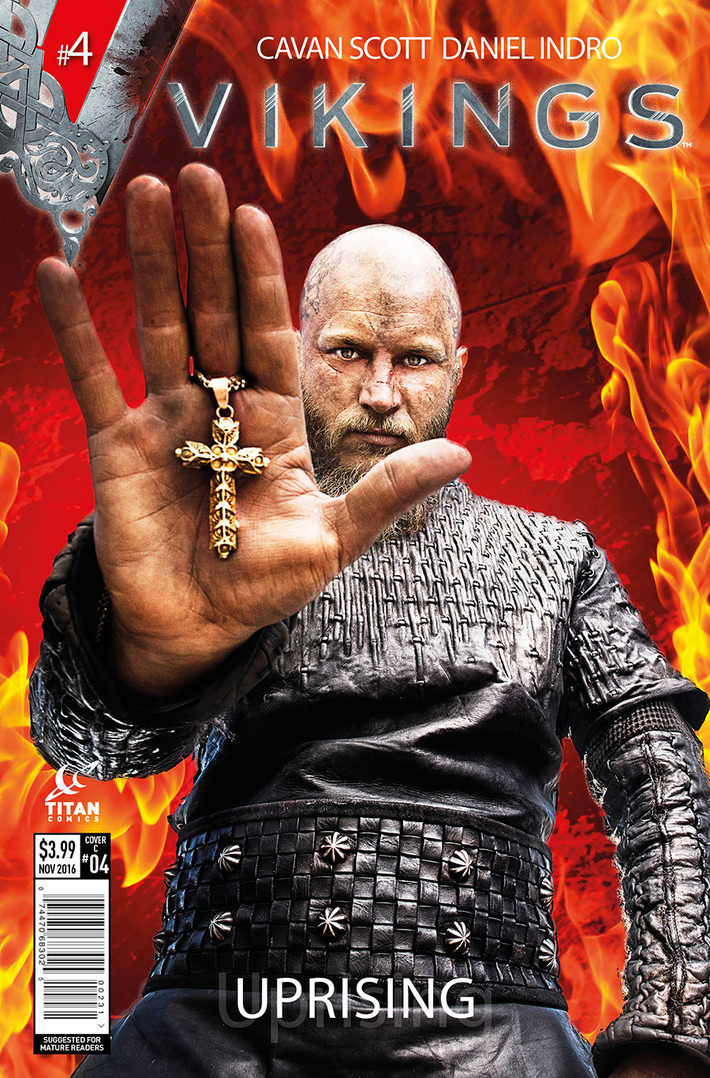 Vikings may be over, but it still inspires comic books and has a sequel, Vikings: Valhalla, in the works. (Copyright Titan Comics)

But rushed? You bet. When the last 10 episodes dropped in December on Amazon Prime, they began with Ivar, Hvitserk, Oleg and Igor in Novgorod; Ubbe and Torvi in Iceland; Floki missing; Olaf and Harald captives of the Rus; and Bjorn Ironside fatally injured but striving to protect Kattegat.

Those 10 episodes whizzed through the second Rus attack on Kattegat, the discovery and abandonment of Greenland, the discovery of the New World, the Great Heathen Army invading Britain (which lasted 14 years IRL), the death of Harald Finehair, the death of two of Ragnar’s sons and happy endings for everyone else.

Yes. Ingrid, whom we barely know, ends up queen of Kattegat. Hvitserk, with no explanation, converts to Christianity and is accepted as a “prince” by the Anglo-Saxons he used to butcher on the battlefield.

Ubbe and Floki have the most ridiculous denouement. They somehow abandon an entire lifetime’s habits and beliefs for some sort of atheistic pacifism. They will end their days, apparently, sitting on the beach in Newfoundland.

Worse, history says Ubbe was with the aforementioned Great Heathen Army. So was Bjorn Ironside, already dead on Vikings by the time Ivar and Hvitserk attacked Wessex. It was this army fighting Alfred the Great to a standstill that established the Danelaw, by which Alfred kept on his side (Wessex and southern Mercia) and the Danes, as the Vikings were called, got everything else. No sign of that in Vikings, which made it look like Alfred won.

Strange on a show whose creator is a historian. I guess drama got the better of him.

Speaking of which, Ivar’s end was incredibly unsatisfying. The oldest of Ragnar’s sons in history, he was the youngest on Vikings — but definitely the most cunning, as was recorded at the time. He was constantly scheming, and detestably amoral. Surely his end would be the stuff of legends!

Nope. He just gave up. Committed suicide by combat. With absolutely no build-up to explain why. Worse, on a show where prophecy is practically divine law, the prophecy that he would kill Hvitserk, or vice versa, was a red herring.

"Why did he do that?" my wife asked. "Because it's the last episode," I answered. That's not nearly a good enough reason.

The English major in me accepts that. But the viewer in me is throwing a war hammer at the TV in fury, joined by the historian in me, who is disgusted. Sorry, English major me, you’re outnumbered.

And finally, the mystery of Othere. What a character full of potential! Played by the great Ray Stevenson (Rome, Thor, The Three Musketeers, Punisher: War Zone, etc.), he would never reveal his real name. Was he Leif Erickson or Erik the Red, since he was present at both the Viking settlements in Iceland and Greenland?

Well, we’ll never know, since his true name was never revealed, and the character had no resolution whatsoever.

Thanks for nothing, Vikings finale.

Lastly we come to The Chilling Adventures of Sabrina.

This series was absolutely terrific for three and a half seasons. But, oy, those last few episodes really jumped the hellhound. First, there’s the tonal shift. Sabrina had always walked the line between horror and humor, and successfully so. It even dipped into silly and sexy occasionally, as the stars were supposed to be high school kids.

But not at the end, which was unrelentingly grim — and resulted in the death of the titular character. For a show that treated death as a revolving door (“going to Hell and back” wasn’t an expression, it was a day trip), this sudden, cruel finality was … well, sudden and cruel.

It’s also thematically weird. We started the season with too many Sabrinas (two) and ended with too few (zero).

Worse, Sabrina’s boyfriend — who was an ex when the season began, and looked to stay that way — commits suicide to be with her in the afterlife. Look, folks, romanticizing suicide is not the message you want to send this show’s target audience of teens and young adults, OK? OK.

And as for the rest of the characters … well, we’ll never know. The investment we made in Hilda and Zelda and Roz and Theo and Harvey and so forth was apparently a bad one.

Essentially, the last couple of episodes of Sabrina felt like an entirely different show than what had gone before. Was it rushed? Unknown. Was it badly planned and executed? Absolutely.

Which means that CAOS is another show I can scratch off my list to recommend to others, along with Vikings and Game of Thrones. In all three cases, These were shows that I gave my heart and soul to, enthusiastically evangelized for and binged completely at the first opportunity. Now, I’m too disappointed for a re-watch — knowing how things end spoils all that came before.

There are a great many genre shows that have announced they are coming to an end. To Black Lightning, The Expanse, His Dark Materials, Lost in Space, Lucifer, Supergirl, Van Helsing, The Walking Dead and Wynnona Earp I say: Learn from the mistakes above. Respect your audience. Respect your characters. Respect your story.