Happy 80th birthday, Batman! It's a big year for the Dark Knight 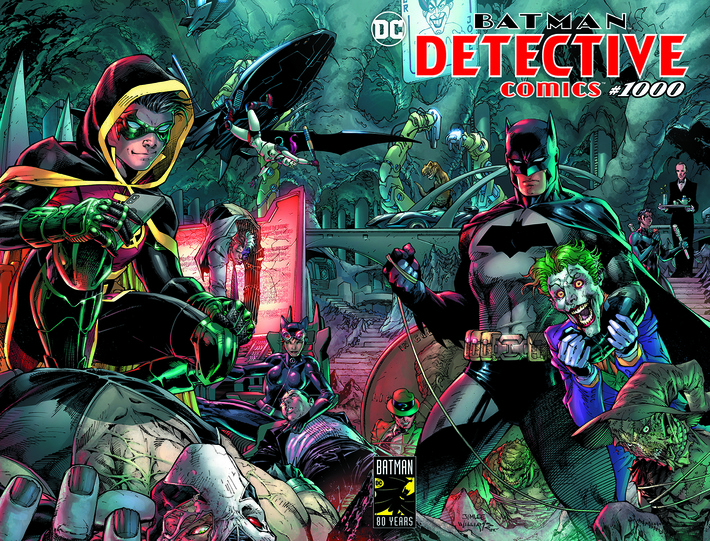 This month marks the 80th anniversary of the Dark Knight’s first appearance, on March 30, 1939, in Detective Comics #27. So DC Comics is having a yearlong birthday party, highlighted by Detective Comics #1000, arriving March 27.

Detective isn’t the first comic book to hit that milestone – Action Comics #1000 came out last year, and Dell’s Four Color passed four digits in 1959, three years before it was canceled. But Detective Comics is the book the publisher is literally named for, and it began in 1937, before those other two books. Plus, you know, Detective has Batman and the others don’t.

So what’s in this special issue? Well, a lot – it’s 96 pages long, with “stories from Batman’s past, present and future,” according to the solicitation. The lead story, by Peter J. Tomasi and Doug Mahnke, will feature the debut of  the videogame character “Arkham Knight,” whose identity is unknown, but whose purpose is to snuff the Gotham Guardian.

Other highlights include a two-page spread spotlighting the current state of the Batman universe by Jason Fabok, and a wraparound cover by fan-favorite artist Jim Lee, inker Scott Williams and colorist Alex Sinclair. Veteran Bat-writer Denny O’Neil will present a sequel to his famous 1976 Detective story “There’s No Hope in Crime Alley,” with artist Steve Epting.

“Batman continues to have an impact on entertainment worldwide” said DC Publisher Dan DiDio in a press release, “and the 1,000th issue of ‘Detective Comics’ is a testament to the creative genius of Bob Kane and Bill Finger and is a fitting tribute to Batman on his 80th anniversary.” For once, the hyberbolic bombast from a publisher isn’t much of an exaggeration. 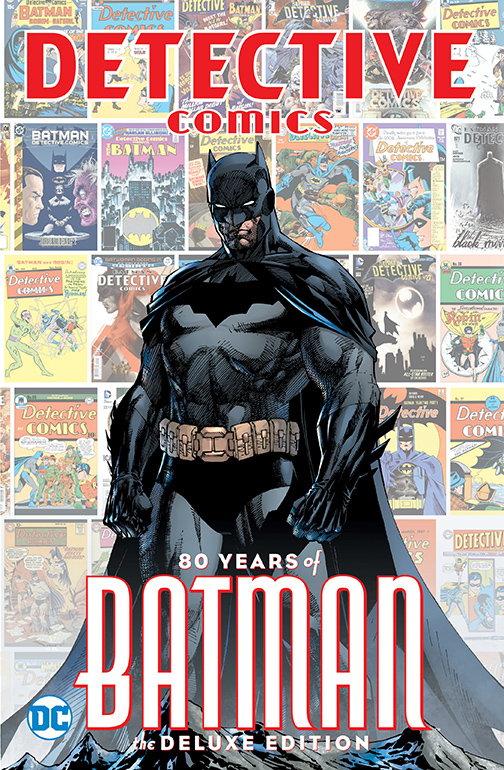 The cover to Detective Comics: 80 Years Of Batman the Deluxe Edition.

But there’s more to Batman’s birthday than books (although for true Bat-fans, that’s probably enough).

The yearlong celebration began March 14-17 at Emerald City Comic-Con in Seattle with Bat-oriented panels, but really made a splash March 15-17 at SXSW in Austin, Texas. According to the Austin Chronicle, roughly 1.5 Mexican free-tailed bats from “the planet’s largest urban bat colony” launched from under the Congress Avenue Bridge March 15 for their nightly feed, to the applause of roughly 500 attendees on the bridge itself. Other commemorative events included the Bat-Signal glowing on Lady Bird Lake, and a Bat-mural by local artist Mez Data.

Bat-activities were also scheduled for C2E2 in Chicago March 22-24. WonderCon in Anaheim, California, is being held March 29-31, and will hold a “Happy Birthday, Batman” panel on March 30, the actual anniversary of Detective Comics #27.

And that’s just March! There’s really not enough room to list every 2019 Bat-event across the globe. But here are some highlights:

To the Batmobile: Select cities will flash the Bat-Signal on Batman Day, Sept. 21. 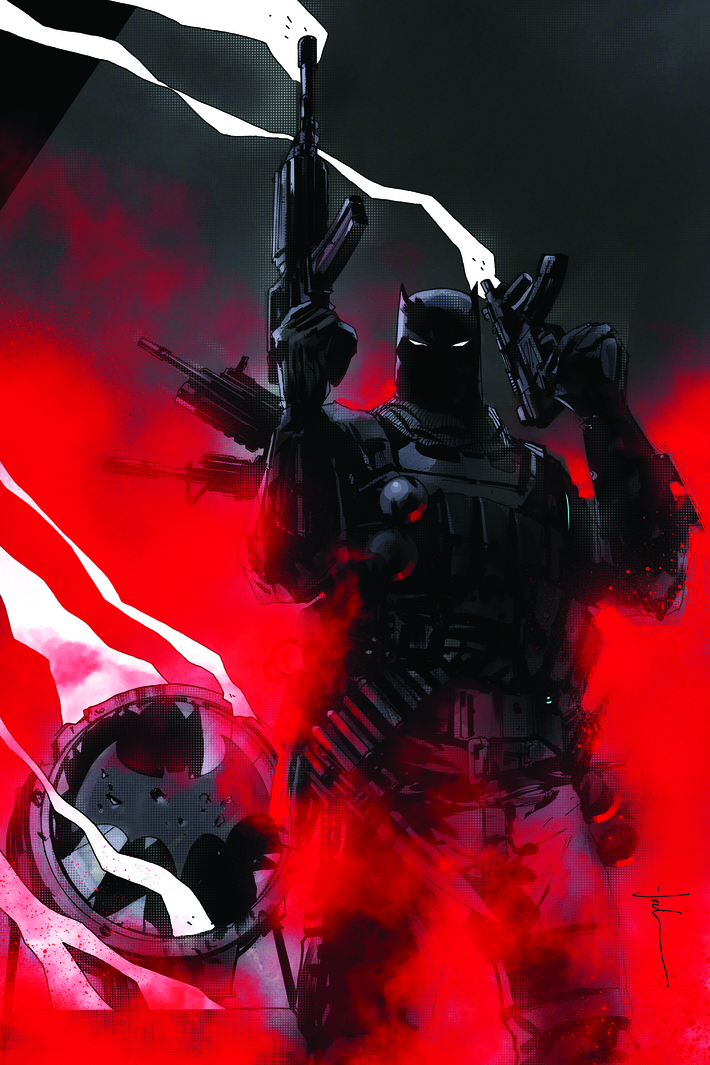 The Batman Who Laughs: The Grim Knight one-shot features a character who combines the best of Batman with the worst of The Joker.

Of course, this is all in addition to the regular Bat-tery of Bat-content available already.

On Screen: Dick Grayson, the original Robin, appears on the live-action Titans, and a variety of Robins appear in the animated Young Justice on the streaming service DC Universe. An animated Harley Quinn show will join them there in October, while Joker – starring Joaquin Phoenix – arrives in movie theaters the same month.

At the comic shop: In addition to Detective, there are no less than 19 other Bat-related monthly (or twice-monthly) titles available in March. Highlights:

And did I mention the trade paperbacks and hardcovers? Bat-collections this month, like most months, could fill a column by themselves (although I do recommend this month’s Batman Noir: Gotham by Gaslight HC, which includes the story that launched DC’s “Elseworlds” line).

Still not enough? Well, there are always the Bat-toys, of which there are roughly umptyquadrillion. And what would be more appropriate on Batman’s birthday than a few of those wonderful toys?