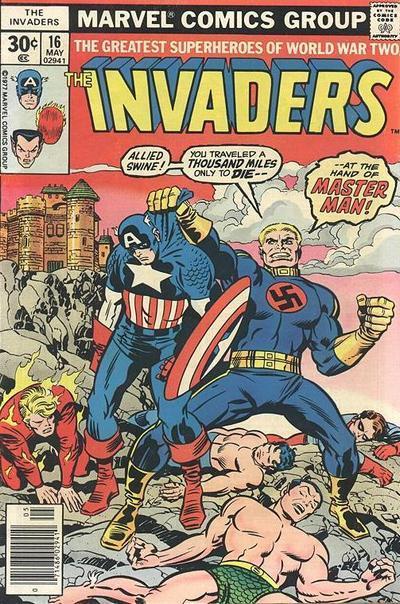 Richard Willis replied to Steve W's discussion A Cover a Day
"Was this one posted already?  "
1 hour ago

Richard Willis replied to Wandering Sensei: Moderator Man's discussion What Comic Books Have You Read Today?
"The Phantom Stranger stories are included. There are also a few appearances of Deadman in issues…"
2 hours ago

Rob Staeger (Grodd Mod) replied to Wandering Sensei: Moderator Man's discussion What Comic Books Have You Read Today?
"Actually, I just looked at the story itself, and it DOES start with the old man's suicide…"
3 hours ago

Jeff of Earth-J replied to Wandering Sensei: Moderator Man's discussion What Comic Books Have You Read Today?
"I think those tpbs are missing Forever People #9-10 as well, which are officially considered…"
5 hours ago

The Baron replied to Jeff of Earth-J's discussion Swamp Thing
"Yeah, 'cause we never break the flow of threads on this board!"
5 hours ago