Silver Age Mysteries, or Things I Couldn't Grasp as a Kid

It seemed pretty obvious to me back in the 1960s, that Marvel had three split books that featured two super-heroes in a book.  They were the books that weren't named for the lead characters, like Spider-Man or X-men or Daredevil.

These books had unusual names of Strange Tales, Tales of Suspense, and Tales to Astonish.  Although, it was clear that Strange Tales was (NOT) named for their character Dr. Strange, he never seemed to dominate the covers...settling for a small strip along the bottom, or a veiled reference to the title of his adventure.  Pretty odd for a book that was apparently named after him. (NOT!)

And then there was the oddly named "Journey into Mystery"...with a major story featuring Thor. And even the back-up was about him, but oddly named "Tales of Asgard".  What was mysterious about Thor and his companions?  There were no mysteries going on, just straightforward adventures and soap opera drama.  So, what was with the name, that suddenly vanished with issue #126?

Tales of Suspense was a pretty clear title, cause those Cap adventures drawn by Jack Kirby were full of suspense....what would happen next?  And Iron Man, drawn by Gene Colan was both exciting and a soap opera too.

Tales to Astonish seemed to be an odd duck, with two Marvel Anti-Heroes, the Hulk and Submariner sharing soap opera drama...and yes, while it was astonishing that people could speak under water, and the hulk's strength and transformations were astonishing, it didn't trouble me that they had an umbrella name.

Strange Tales was even more odd, as the paring was either Human Torch and Dr. Strange...again, a back-up feature in his own book!  Or later, the high tech Bondian "Nick Fury, Agent of SHIELD" that fronted the book.

It wasn't until I was older, in fact fairly recently, that I caught on that TTA and TOS were monster books originally...conceived in the post code, Twilight Zone era, and running for three years before the superheroes came along.

Even worse was the Strange Tales and Journey into Mystery revelation.  These were both PRE-code HORROR titles...and now their titles made sense!

What other non-sequitors did you run into as kids, when comics were changing?

Same deal with Robbie Reed in House of Mystery, where the only mystery to me was how this goofy kid got his own comic book.

Of course, that led to this unfortunate title which, at the tender age of 27, didn't occur to me as strange. 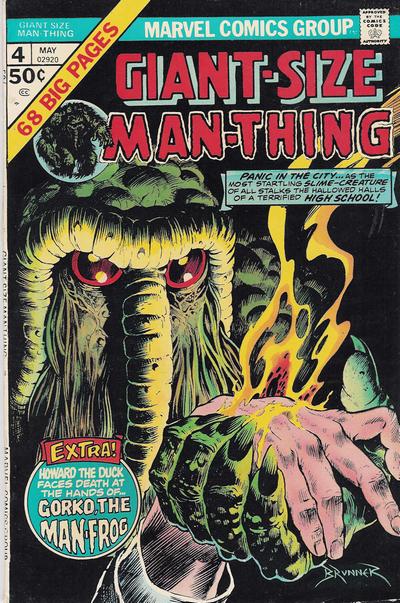 As a really young kid, I saw a comic book called "Giant Batman." I assumed it was about a giant named Batman. Didn't know "giant" meant it had more pages than usual!

I'm with you on this one, Geroge, it never occurred to me either...but I'm sure there were more than just one person smecking and laughing in the bullpen when this one went through...

Something actually I still don't get was Iceman in the X Men. He was like the reverse Human Torch of his team, but where Johnny Storm was ordinary looking and only 'flamed on' when he went into action, Iceman was always like a human ice lolly which I though was a waste of power and must have create a number of inconveniences; sudden temperature drop, wet slippery floors etc. Also why did he not have a full uniform and just swimming trunks?

Iceman was initially more of a "Frosty the Snowman" in appearance.

And yes, he did sport just swimming trunks.

About the seventh (before graduation as I recall) or so issue, he was beginning to "solidify" his powers, and as a result, his body appearance was more ice than snow. This was explained as a maturing process and coming more fully into his powers.  That's why Xavier trained his x-men in the "Danger Room"...to hone their powers and give them more experience, better control, push the envelop...

and besides, who doesn't thrill to see athletes being put through an obsticle course?

I think it was to break up the group, visually. Iceman, in full uniform and without the icing, might have looked a bit confusing in a crowd scene next to Angel. Cyclops had the visor to distinguish him and Beast was wider (Marvel Girl goes without saying .. )

You're absolutely correct.  In the old black and yellow school colors, they did look very similar.  And it was exactly those distinguishing features that I depended upon as a kid to figure out who was who.  I have to say though that Iceman in full uniform looking like Angel never occurred to me.  Those 10 foot wings are kind of hard to miss, let alone hide (under his suit jacket, no less! Sheesh!)

It would certainly have been a problem on a 'floating heads' cover. Anyway, I think they made the correct decision. :-)

Eh, Kirby was no dummie when it came to character design...he never did a floating heads cover for the X-men that I can recall. That was more of a DC thing, I think, at least for a while anyway. Roy Thomas may have brought that into vogue with the Avengers, but not the X-men, until the death of Professor X cover, as I recall.

A quick check tells me there were about three or four 'floating head' covers before the death of Prof. X issue. 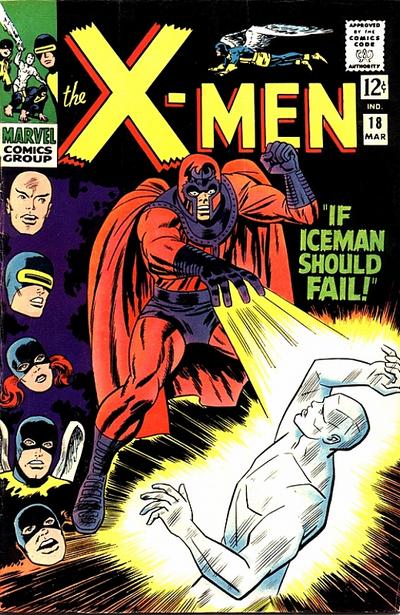 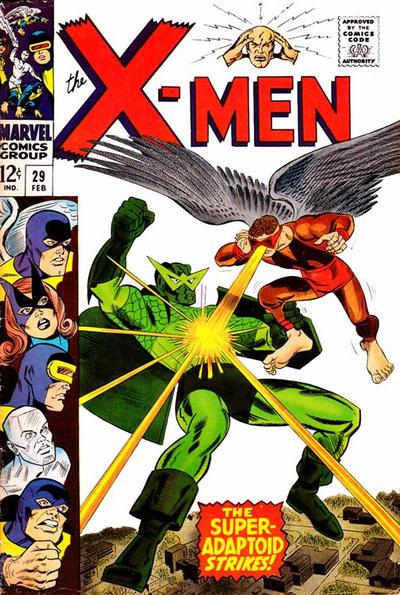 Here are the three covers mentioned. Notice they cheated by showing Angel's wings. The remaining head was Beast by process of elimination.

Good check, George. I had forgotten that one Avengers, and you're right on the X-men.