Fan of Bronze: You Learn Something NEW Everyday!

I'm starting this thread for the little things that I've discovered while re-reading my old books. This will probably be trivia of the most trivial nature but it is what it is!

1) In the lead BATMAN story which is the third part of  the "Bat-Murderer" arc, the Dark Knight sneaks into the police morgue disguised as an elderly janitor, a trick that he learned from THE SHADOW who did the same thing. Sadly I don't have an image of that page but there is a small headshot of the Shadow included. Now in 1975, DC was publishing The Shadow comic book and Batman met his predecessor in two issues of his own title, Batman #253 (N'73) and #259 (D'74) so the reference makes sense.

But when the story was reprinted in the digest Best of DC #9 (F'81), the panel and reference were left intact despite DC no longer having the rights to the Shadow (at that time). I found that a bit surprising. However the much later Tales of the Batman: Len Wein and Legends of the Dark Knight: Jim Aparo Vol. 3 also have the panel intact! The oddest thing is that the two Batman/Shadow team-ups were NEVER reprinted!

While this issue was by no means a third Batman/Shadow pairing, it did make me regret that we never saw the two in Brave & Bold! So we're bereft of a Jim Aparo Shadow rendering and whatever weird story Bob Haney could have come up with!

Small observation: this chapter in the "Bat-Murderer" story could have been dropped as it did not move the plot along much as it focused on the debut of the rather pedestrian Sterling Silversmith and his bizarre motivation. He was hoarding silver in case the world switched from the gold standard to a silver one!

2) There was also a HAWKMAN back-up feature. The Winged Wonder just returned to Earth after a lengthy absence in Justice League of America #117 (Ap'75). According to the GCD, that issue came out at the beginning of January while Detective #446 came out at the end of January, which one must admit a quick transition. It's not so amazing though since Julius Schwartz was the editor of both books and E. Nelson Bridwell was the writer of the Hawkman story and the associate editor of both books!

The strange thing is that the story showed us Shayera Hol/Shiera Hall/Hawkgirl back on Earth still recovering from the Equalizer Plague with a footnote referencing her return in JLA #119 (Ju'75), a book that would not be published for TWO MONTHS! Thus readers of Detective were given a spoiler for JLA! 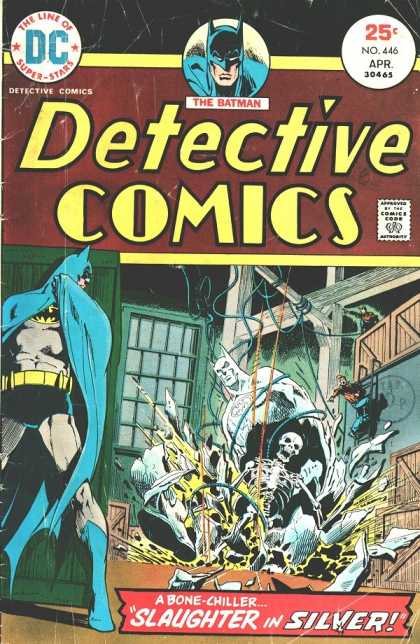 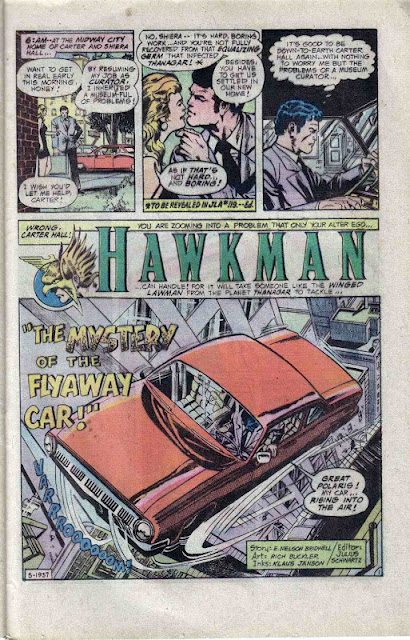 I didn't buy any new comics between 1974 and the summer of 1977 so I am always interested in the books that came out during that time.

When I was going through my run of the 100 Page Detective Comics, I vividly recalled the DOLL MAN story reprinted in #440. The Living Action Figure battled a macabre villain named...THE UNDERTAKER! *Bong!* Given the dialogue between the two, I gathered that they met before but when I researched it, I was shocked that they fought each other TEN times in the Golden Age! That's more than most DC Golden Age baddies! Heck, Solomon Grundy only had FOUR! 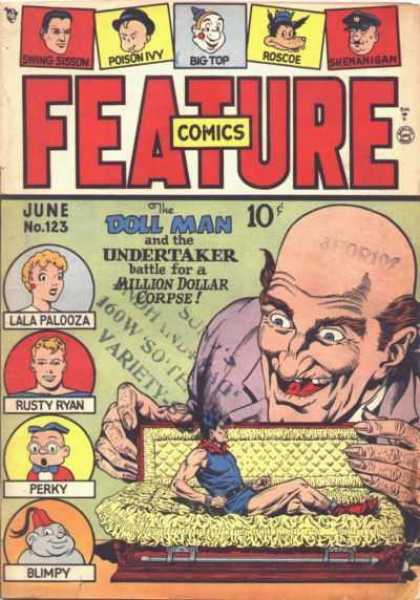 Richard Willis replied to Jeff of Earth-J's discussion T.H.U.N.D.E.R. Agents
"DC COMICS - (2011): ISSUE #2: As he continues to run, different visions of an ever-decreasing…"
10 hours ago

Richard Willis replied to The Baron's discussion Movies I Have Seen Lately
"JD DeLuzio said: Speaking of Mansters, I re-watched Matinee for the first time in many years.…"
20 hours ago