Kevin Feige, Disney+ and other news

Kevin Feige takes over the world

Deadline has a story about Kevin Feige taking over Marvel Comics.

The tl;dr is that Feige is become Chief Creative Officer of Marvel Comics, with president Dan Buckley answering to him, and EIC C.B. Cebulski answering to Buckley. Ike Perlman, with whom Feige does not get along, will remain as Chairman, because no one can dislodge him. He does not leave his Chair, even at the height of the mating season.

ICv2.com has a story, where it says (and maybe Deadline said it too) that Feige's taking over Marvel TV and animation as well. Buckley will answer to Feige on creative matters, and to Perlmutter on business matters.

The Hollywood Reporter also has a story, which says much the same. Like Deadline, it points out that former CCO Joe Quesada has been moved sideways, to a VP role.

Both ICv2 and THR note that there has been no word on the fate of Jeph Loeb, who has been the head of Marvel TV and animation for a while. It's been noted here and elsewhere that with so many Marvel TV shows debuting on Disney+ under Feige's command that Loeb had little left in the live-action department. Currently it's down to the last season of SHIELD and Runaways, with Helstrom in the planning stages. The planned Ghost Rider has been scrapped, and there's no word on a third season of Cloak & Dagger. Aside from that, Marvel TV just has the five animated shows that have been announced (Hit-Monkey, Howard the Duck, MODOK, Offenders, Tigra & Dazzler) but have not as yet appeared.

Disney thinks streaming is the future

A story about Disney putting a lot of chips on streaming is at The Hollywood Reporter.Here's the article, and here is the L.A. Times Heat Vision summary:

With the launch of Disney+ just one month away, Natalie Jarvey speaks with Disney CEO Bob Iger and the company's direct-to-consumer executive team to tee up what the company has in store, and explore why Disney is betting its future on streaming.

+Iger's epiphany: The Disney CEO says that Aug. 4, 2015 was the day he realized Disney needed to embrace its streaming future. He was on an investor call discussing the erosion of the cable bundle, and its impact on ESPN. Disney's stock price fell by six percent that evening.

Quote: "'That was, in effect, an alarm bell,' Iger reflects. 'It incentivized us to address the issue quickly and aggressively.' The next summer, Disney invested $1 billion in the MLB's industry-leading BAMTech streaming technology business. (It later acquired a majority stake in the company, since renamed Disney Streaming Services, to make it the infrastructure of its D2C product.)"

+So how did Disney come up with the $7 price point? The company surprised analysts with its reasonable monthly price, but Disney's direct-to-consumer chief Kevin Mayer suggests that it was not an easy call.

Quote: "'We struggled with [the decision] a little bit,' Mayer says. 'We wanted to find the right price that we felt reflected the quality of the service and the product itself while also maintaining something that is pretty important at Disney, democratizing the availability of the app.' The final decision didn't come down to a lot of consumer research but, instead, what a small team of executives felt was right based on their subscriber goals and the larger competitive landscape."

I read an article somewhere on the internet (that I can't find now, of course) that discussed what Feige might do. It's expected, by and large, that he will do nothing -- Marvel's market share is the biggest it's ever been, so it doesn't need fixing.

And he's not going to do anything about the industry's long-term structural problems, like the insular nature of comic shops, the difficulty enlisting new readers, and so forth. That's the business side, which is handled by Ike Perlmutter, and he and Feige don't agree on the weather.

And Feige is a comics nerd from way back. By all accounts, he has great respect for the content's origin on the printed page.

But it's possible he could do something. And if he did, it seems likely that he would make the comics more like the movies. Which is to say, re-instate the passage of time, so that characters age out of the saga, as Iron Man and Captain America have in the movies. That probably wouldn't address your crossover concern, but it would certainly reduce the number of characters available, and end the feeling of deja vu some of them invoke, because it's the same characters doing the same thing again and again (looking at you, Jim Starlin's Infinity Redundancies).

Would we want that?

Also, I read an interesting story on We Got This Covered, which has some info I haven't read anywhere else from unnamed sources, so take it for what it's worth. But this article says that Feige intends to pretend that all of the Marvel TV prior to his tenure never happened. So whatever continuity was established in Agents of SHIELD, Inhumans, The Gifted, Cloak & Dagger, Runaways and the Netflix shows doesn't count.

But some things will continue, and that will be some of the actors. Take a look at this graph:

"And on that note, our sources – the same ones who recently brought us accurate scoops such as Wiccan will debut in WandaVision, General Ross will appear in She-Hulk and the Inhumans will show up in Ms. Marvel – say that the Man Without Fear is likely to be played by Charlie Cox again. From what we understand, Feige still wants Cox as Daredevil, Jon Bernthal as the Punisher and a few more actors to reprise their roles, but for the most part, the TV characters will all be recast and whether they’re brought to life by a new performer or not, they’ll all be rebooted, with the super producer basically wanting to wipe Marvel TV’s efforts from continuity/existence."

I hope this is true, because Charlie Cox is brilliant as Murdock, and in whatever action he did in the suit. Bernthal, too. I'd love to keep some of the characters from SHIELD -- Quake and Agent May in particular -- and wouldn't mind seeing the same actors who portrayed Karen, Foggy, Kingpin, Misty Knight and Colleen Wing.

Those latter ones might be a billy club too far, but I'd love to see those actors/characters again.

And here is the latest I've received as an early subscriber of Disney+. (I took the cheap 3-year deal, since I'll be writing about the Marvel content.) I started this is as a separate thread, but I've added it here and changed the header:

10 Marvel Titles to Check Out on Disney+ Launch Day We’re less than a month out from the launch of Disney+!

If you sign up for Disney+ from now until the service’s launch date on November 12, you’ll be among the first to start streaming your favorite Marvel films and TV series, including never-before-seen original series being created exclusively for the service.

Here’s a highlight of some of the Marvel things you can stream at launch: 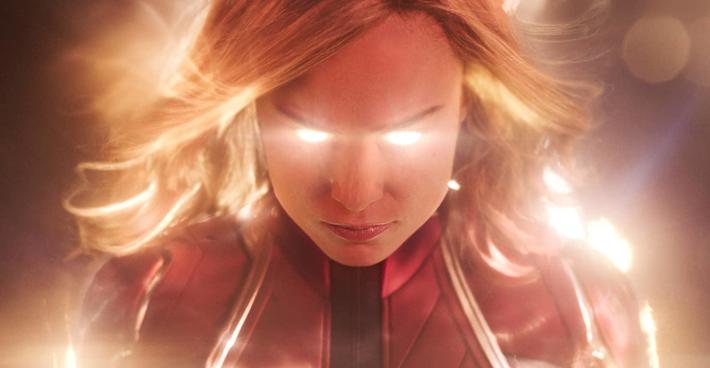 Brie Larson is the fiercest woman we stan, and the person she embodies, Carol Danvers/Captain Marvel is one of the Marvel universe’s most powerful heroes. Watch the journey of Carol Danvers as she discovers her past and prevent a galactic war between two alien races from reaching Earth. 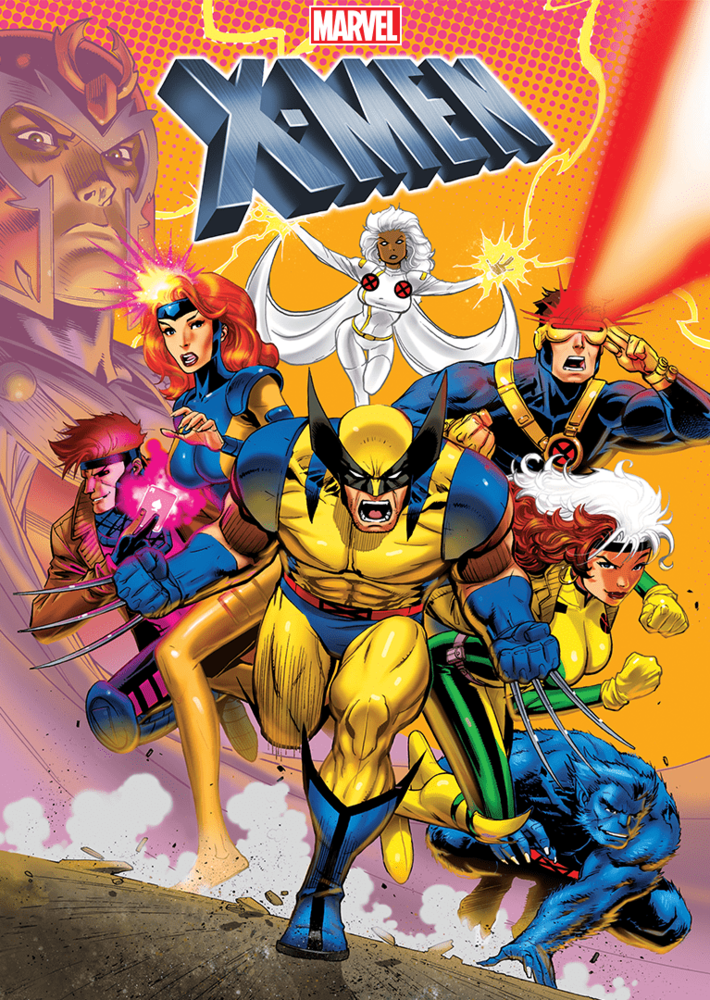 A masterpiece that defined so many childhoods and introduced so many young minds to the X-Men, including Cyclops, Wolverine, Rogue, Storm, Beast, Gambit, Jubilee, Jean Grey, and Professor X.

Launching exclusively on Disney+, Marvel presents a new series that spotlights real-life heroes—several extraordinary, inspiring kids—and gives them the Super Hero treatment for the work they’ve done in their communities across the country. 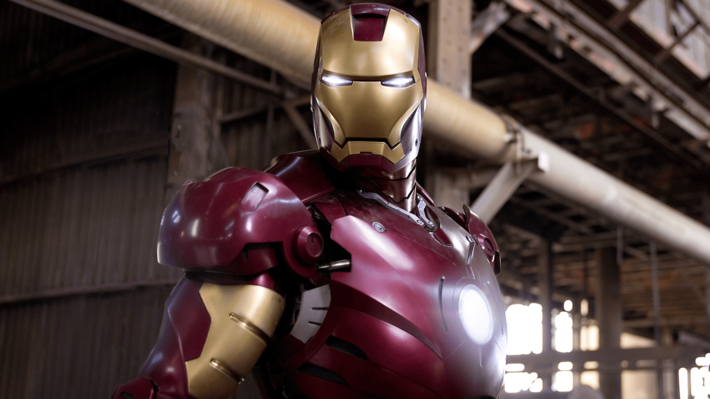 Watch the film that kicked off the entire Marvel Cinematic Universe over a decade ago as Disney Legend Robert Downey Jr. becomes the Armored Avenger who vows to protect the world as Iron Man. 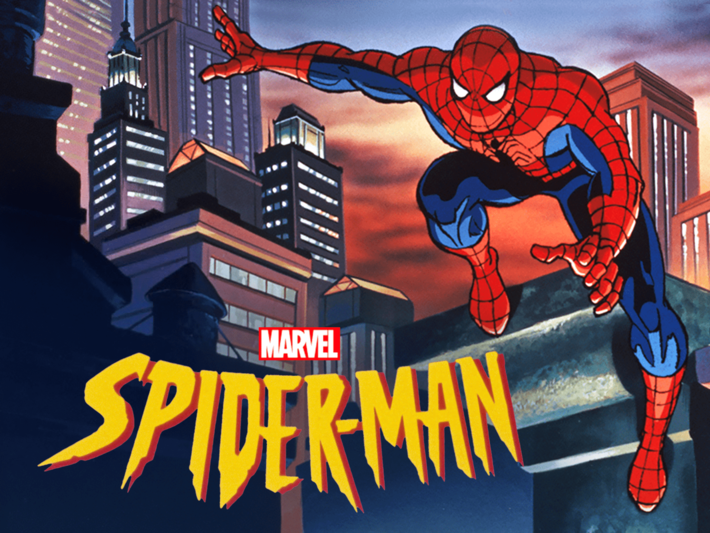 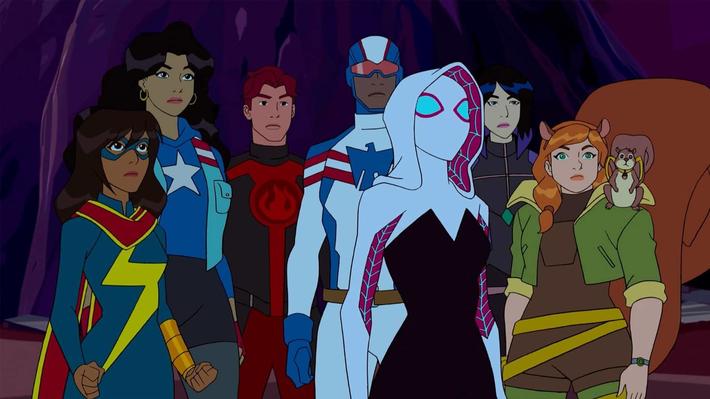 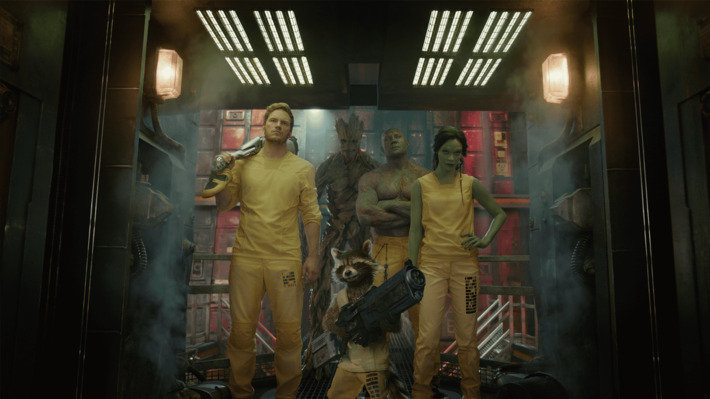 Every launch day needs an action-packed, epic space adventure set to some serious dope tunes. Guardians of the Galaxy ushered the MCU into the cosmos with this ragtag bunch! 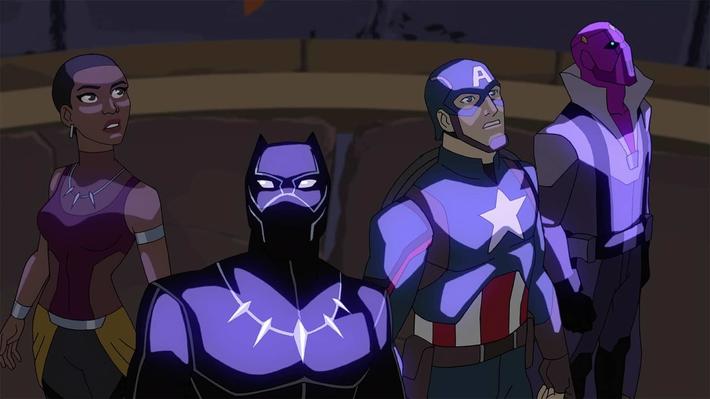 The series, which was nominated for the NAACP’s Outstanding Children’s Programming award, tackles an incredible season where T’Challa must decide if he’s an Avenger first or the King of Wakanda, as well as team up with his sister Shuri to go on missions that no other Avenger can. Throwing back to another 90s classic, The Incredible Hulk animated series finds Dr. Bruce Banner aka the Incredible Hulk on the run, while Betty Ross looks for a cure for him. Along the way, he encounters as Leader, Rick Jones, The Gargoyle, War Machine, Iron Man, Doctor Strange, Ghost Rider, as well as the introduction of She-Hulk and Grey Hulk.

This is only a sampling of what’s available at launch; stay tuned for more to come!

You’ll be able to stream Disney+ at launch from a wide selection of mobile and connected TV devices, including gaming consoles, streaming media players, and smart TVs. You’ll also enjoy commercial-free viewing, up to four streams at the same time, unlimited downloads, personalized recommendations, and the ability to set up seven different profiles catered to your preferences.

Disney+ launches in the U.S. on November 12, 2019. Sign up for updates about Disney+, the ultimate streaming destination for movies and shows from Disney, Pixar, Marvel, Star Wars, National Geographic, and more!