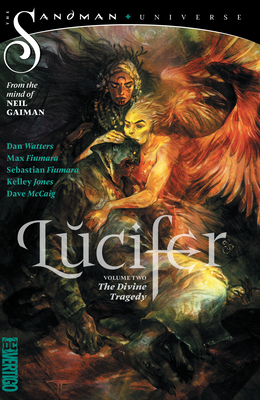 This installment takes over where the previous volume left off: the suave version of Lucifer facing off against the heavenly host. He has resurrected the witch Sycorax, which heaven views as a sacrilege. She is given 72 hours to live, so Lucifer goes on a quest to find her an appropriate afterlife. The quest takes him to Hell, then the Egyptian afterlife of Anubis, then Vishnu and the Hindu pantheon, and finally a Greek afterlife presided over by Hades and Persephone. The quest trope was a significant plot point in the original series. and is a recurring element in the Sandman Universe as well.

In the end Sycorax finds her own end, but not before most of the witches in the world come to her island, including the ancient witch Thessaly, a featured character in the original Sandman series. Lucifer and Sycorax have a son: Caliban, a storied character who has previously figured in Sandman stories only as a character in Shakespeare's The Tempest. He has a significant subplot as he tries to find his place, even given a chance to be one of Heaven's angels. Sycorax winds up with the Fates--the Furies--the Kindly Ones--a clear connection to Sandman's conclusion.

So after a rocky start this Lucifer aligns itself with the previous Lucifer stories after all. The collection includes a marvelous stand-alone issue illustrated by Sandman artist Kelley Jones. "The Gastronomy Lesson" finds Caliban teaching a human monster what Hell really means. While it doesn't add much to the overall narrative, it's a very effective horror story in its own right.