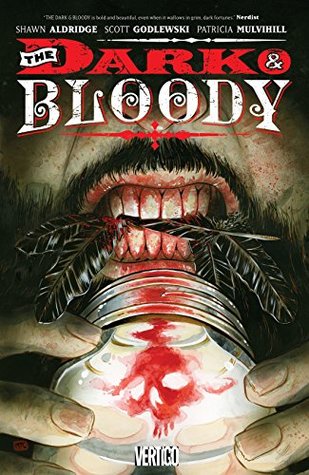 Iris Gentry is an Iraq war veteran, returned to his home in rural Kentucky. It's a dry county, so he pursues the family business of bootlegging--fighting off PTSD nightmares all the while. As the story proceeds, the real history of his Iraq war experience is gradually revealed. But in the present a series of mysterious events are happening, beginning with an auto accident that looks fatal, but no bodies are found (and there are bird feathers on the scene, for no apparent reason).

Iris seems to be the target of the craziness, and eventually we see why. His army unit committed a wartime atrocity which made them the target of an ancient vengeful demon, which has come to the holler in the form of a young Iraqi woman who befriends Iris's son. Everyone involved has trouble believing in such a thing (except for the local magic man, a somewhat cliched bit of local color). But after Iris's wife survives an attack, she has an eyewitness report of the birdlike creature, and the local sheriff accepts the situation on faith.

Once we've seen the incident, it's easy to understand why it could trigger a vengeance demon--as well as why it has come in the human form it has--even if the visual representation of it is a stretch (points for surreal imagination, though). Iris has a good heart, but he's certainly not blameless, and his survival (along with his family's) is far from guaranteed. This is a well-paced miniseries. It takes its time getting to the main event, but builds carefully. The climax feels inevitable, even if the resolution is not. Artist Scott Godlweski has an angular way with faces that reminds me of Sean Murphy: powerful emotionally, but not exactly realistic. The collection concludes with some of his character designs.